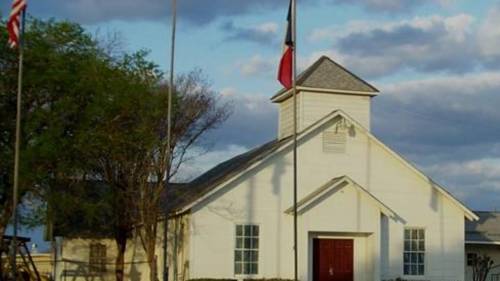 LOUISVILLE — While the community of Sutherland Springs, Texas, grapples with yesterday’s mass shooting at First Baptist Church, Presbyterian Disaster Assistance is responding. Mission Presbytery has requested PDA’s presence to meet with church leaders and determine the best way to minister during this time.

The shooting occurred during worship services at the church. At least 26 people were killed and more than 20 were wounded. As many as eight of those who died were from one family. State officials call it the largest mass shooting in Texas’ history.

“National Associate the Rev. Dr. Jim Kirk and the Rev. Katherine Cullpepper from PDA’s National Response Team are in San Antonio today to support the presbytery as it responds and equips its faith communities,” said the Rev. Dr. Laurie Kraus, PDA director. “Sunday was the Feast of All Saints, marking the church’s commemoration of those whose lives have joined the church triumphant in the foregoing year.”

Among those killed was the 14-year-old daughter of the church pastor. Both the pastor and his wife were out of state when the shooting occurred.

“At least 26 additional saints were ruthlessly and violently robbed of their lives, saints ranging in age from 5 to 72 years,” said Kraus. “There are no words or prayers eloquent enough to describe the horror and outrage this atrocity evokes, the second mass shooting and third domestic terror attack in less than a month.”

“The service was lovely. People were given the opportunity to pray aloud as they felt led to,” she said. “There was a large group of teens in attendance and were likely friends with the pastor’s daughter or the other young people in the church. I was glad they had a safe place to go and be among their friends.”

“A woman at Boldtville received a text from her brother who was at First Baptist, telling her not to come home after church because there was an active shooting. Another young man came in at the conclusion to say his mother was the church organist,” said Watson. “The Boldtville pastor called on the congregation to take time and pray before dismissal.”

Watson says the Boldtville church will hold a service of witness and prayer on Wednesday at 12:30 p.m.

“We are expecting people from the Sutherland Springs community to be at the service on Wednesday and I’m hoping we have a good turnout from the presbytery as well,” she said. “Whatever we can do in solidarity, especially recognizing that one of our congregations has been touched by this, I’m glad we can do it.”

You can assist PDA in responding to acts of Public Violence by donating to the following fund: https://pma.pcusa.org/donate/make-a-gift/gift-info/DR000188/

Presbyterian Disaster Assistance is able to respond to emergencies because of gifts to One Great Hour of Sharing.