Donations sought for those impacted in Nashville and beyond

LOUISVILLE – Churches within the Presbytery of Middle Tennessee sustained little to no damage from destructive storms that ravaged the state early Tuesday morning, killing at least 22 people, according to an initial assessment.

But Presbyterian Disaster Assistance (PDA) has reached out to the presbytery staff to offer any assistance that might be needed down the road.

“A lot of the communities have been devastated, so we’re waiting to hear what the needs are at this point,” said Robin Thomas, who is co-executive presbyter for the Presbytery of Middle Tennessee with her husband, Ray.

“PDA quickly notified us this morning of the possible grants that we can apply for,” she added. “They’re willing to come down to be on the ground with us, but we just don’t know what that need is yet.”

A tornado tore through parts of Nashville and nearby counties, resulting in extensive damage and loss of life, numerous collapsed buildings and broken trees.

Fatalities include at least two deaths in Davidson County and at least 16 in Putnam County, according to The Tennessean.

A tornado touched down near downtown Nashville and remained on the ground for about 10 miles into the eastern suburbs, following a path parallel to Interstate 40 and damaging additional communities, such as Mount Juliet, Lebanon and Hermitage, according to the Associated Press.

“It was pretty loud,” said Thomas, who lives in Franklin, Tennessee, just south of Nashville. “We heard the tornado in the early morning, but we are fine, and all our staff is fine, and so we are grateful.”

In addition to reaching out to the Presbytery of Middle Tennessee to offer help doing a damage assessment, PDA sent out a donation appeal on social media as well as a request for prayer for the affected communities.

“PDA has talked with the co-executives of the presbytery,” said Jim Kirk, PDA’s associate for disaster response in the U.S. “They are reaching out to all of their churches to assess both church and community damage. At this time, there are no reports of church damage.” 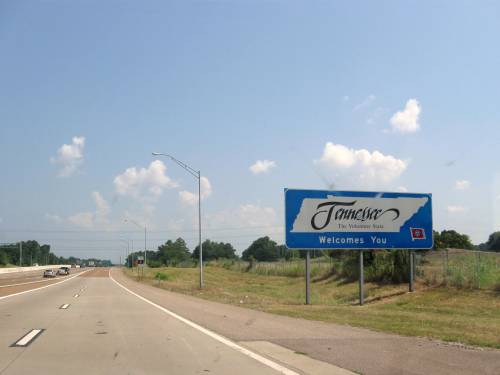 Ray Thomas said the presbytery also will be looking to local organizations, such as churches with expertise in responding to disasters. “We’ll be having conversations with them (about) how we can partner.”

Meanwhile, “we’re thankful for those persons outside of this area who have reached out with prayers and wanted to know how we fared,” he said. “We appreciate their concern and we’re thankful for the larger family of Presbyterians who are praying for us and for the communities here.”

In a Facebook post, Tennessee Gov. Bill Lee called for prayer and noted that the state would be deploying search-and-rescue teams, opening shelters across the state and sending emergency personnel to affected communities.

“We encourage all Tennesseans to join us in praying for the families across our state that are facing tragedy today,” Lee said. “Thank you to our first responders for working around the clock to keep us safe on this difficult day.”

Anyone who would like to give donations through the Presbyterian Church (U.S.A) is asked to designate donations to DR000015.