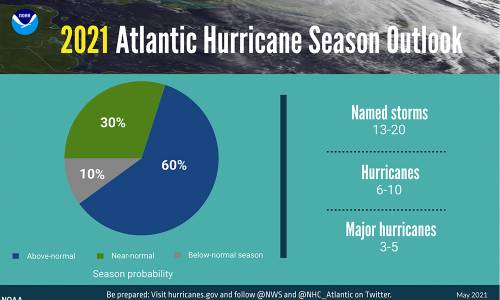 This infographic shows the probability and numbers of named storms predicted for the 2021 Atlantic hurricane season. (Photo courtesy of NOAA)

The Atlantic hurricane season runs from June through November, and it already has taken a deadly toll, with Tropical Storm Claudette having claimed at least 14 lives in recent days, according to news reports.

“There certainly is a significant amount of truth in the adage ‘an ounce of prevention is worth a pound of cure,’ because by doing adequate preparation, you can mitigate the damage,” Kirk said. 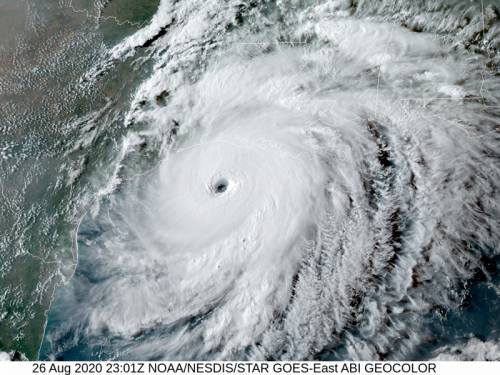 A satellite-captured image of Hurricane Laura as the storm approached the Gulf Coast last August. (Photo courtesy of NOAA)

Last year’s Atlantic hurricane season was the busiest on record and led to numerous virtual deployments by PDA, which hopes to do some in-person deployments this year now that National Response Team members have been fully vaccinated. Based on a post-season analysis, there were 14 hurricanes and seven major hurricanes during the 2020 hurricane season, with 11 named storms hitting the U.S. coastline, according to the National Oceanic and Atmospheric Administration (NOAA).

To prepare for such potentially damaging storms, PDA and organizations such as Federal Emergency Management Agency (FEMA) and the American Red Cross promote faith-based community preparedness.

Along with having a plan in place and conducting exercises to operationalize the plan, preparation might include “putting tarps over valuable equipment and making sure important records are securely housed,” Kirk said. “Preparedness can also include things like making sure windows and doors fasten securely and tightly and that roofs are appropriately tied down to resist hurricane winds.” 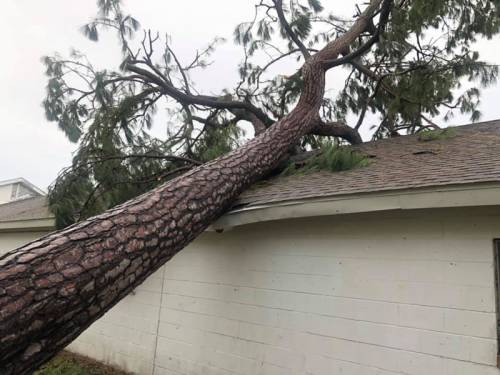 One of the most important tips is to make sure that churches are adequately insured, Kirk noted.

“If every church and every congregation in the denomination would have adequate insurance, including flood insurance, that would go a long way in mitigating the impact of a disaster,” he said, adding that churches should review their policies annually. “Perhaps at the time the policy was written it was adequate, but years passed and laws change and value appreciates, and it may no longer be adequate.”

“Tropical weather systems can have severe impacts hundreds of miles inland from the coast,” said Janice Barlow, an acting regional administrator for FEMA. “A storm does not need to be a major hurricane to cause damage, and it only takes one to change your life. Storms as recent as Hurricane Isaias, which impacted parts of Virginia, Maryland, Delaware and Pennsylvania in August 2020, are proof that residents and business owners in the Mid-Atlantic should take hurricane season seriously and begin preparing today.”