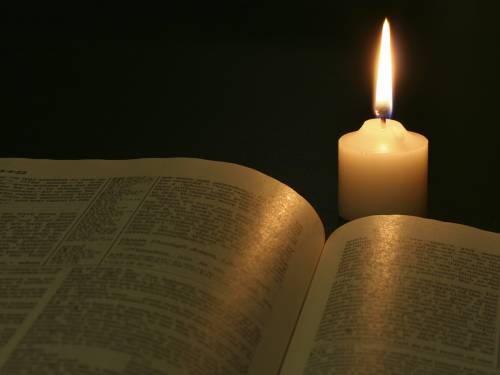 LOUISVILLE — It’s been nearly two weeks since hundreds of rounds were fired into a large crowd at the Route 91 Harvest Music Festival in Las Vegas, killing 59 people and injuring 489, resulting in the deadliest mass shooting in modern U.S. history.

Within hours of the shootings, Presbyterian Disaster Assistance reached out to the Presbytery of Nevada and, at the request of the Presbytery, deployed a National Response Team to meet with presbytery leaders and local pastors.

“We were fortunate that there happened to be a planned gathering of the Presbyterian pastors from the area the day after we arrived and we had a chance to meet and talk with them and help them to process how they’ve been affected and how they might minister to people in this situation,” said the Rev. Ed Spence, NRT lead. “We were able to share with them and give them some thoughts about how to deal with this kind of situation. They were a very thoughtful and interested group of people and it was good to connect with them.”

Spence says he and NRT member Gail Farnham arrived two days after the shootings and people were still in shock.

“Many were uncertain how to wade into this situation. They needed some understanding on how disasters work,” said Spence. “This is a different kind of scenario than you have with a natural disaster and they were questioning how to get a handle on this.”

“The pastors integrated parts of their journey into worship services. In the church I visited, a member of the choir was at the event where the shootings took place,” said Spence. “Others had been touched in a distant way but had been affected by it. There were a lot of tears, an honest sharing of emotion and a desire to help the community move forward.”

During their interactions with pastors and residents, the NRT said residents in the area are carrying a sense of guilt and anxiety following the shootings.

“Part of it was the feeling that if they had been a little more prepared, they may have been able to head off an event like this,” said Spence. “They were also concerned that in the long run, people would not come to Vegas, attend shows and take part in the city’s entertainment venues.”

The NRT visit concluded with a list of recommendations to help the community and pastors cope with the tragedy and move forward. Among the recommendations was utilizing social media to reach the number of workers along the strip who may not have personal interaction to share feelings.

“How do you connect with people who may not be face-to-face, but often communicate through the social network system? We want to help them,” said Spence. “There are only a few hospitals that have full-time staff chaplains and there was discussion on ways to resource and help them.”

The ministers also want to provide support to casinos and hotels.

“We wanted to reach out to hotels and casinos because crises happen there from time to time due to the nature of the work,” he said. “The ministers talked about trying to reach out or adopt a hotel or venue to say ‘we are here for you who need support and spiritual care.’”

Spence says the pastors also talked about the wounded who live elsewhere.

“People come and go from Las Vegas and some who were there and affected will be carrying those wounds home with them,” he said. “It will be important for other pastors throughout the country to be sensitive to how they might have been impacted.”

“As with all of our responses, PDA will continue to offer support to the presbytery,” said Jim Kirk, PDA’s national associate for disaster response. “If needed, there are additional financial, liturgical and emotional and spiritual care resources that can be shared.”

Presbyterian Disaster Assistance is able to respond quickly to emergencies because of gifts to the One Great Hour of Sharing.

You can assist PDA in responding to acts of Public Violence by donating to the following account: https://pma.pcusa.org/donate/make-a-gift/gift-info/DR000188/.