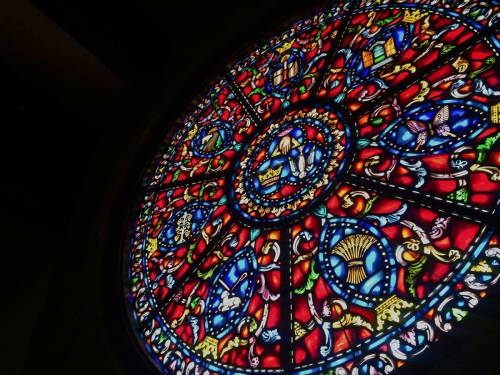 LOUISVILLE – Las Vegas awoke this morning in a state of shock following last night’s mass shooting that has left nearly 60 dead and as many as 500 people wounded. The shootings occurred during an outdoor music festival. Police say a lone gunman opened fire on the crowd with an automatic weapon from the nearby Mandalay Bay Hotel.

“I’m involved in a large ministerial group here in town and all of us are just making sense of what to do,” said the Rev. Jim Houston-Hencken, pastor of Grace Presbyterian Church in Las Vegas. “We are working with other churches to send pastors to hospitals to provide chaplain work. Our church is right across the street from two of the hospitals including the trauma center, so we are opening our doors so people can come and pray.”

Houston-Hencken says the number of injured has taken its toll on medical providers.

“Hospitals are overwhelmed right now. In fact, the university medical center has closed its emergency room because it is at capacity,” he said. “We have people there providing food and whatever they can do in the immediate crisis.”

Grace Presbyterian Church is among several that are holding prayer vigils this evening for residents, tourists and family members to take part in. The church is also offering facilities for meetings and other emergency needs.

“We are still trying to find out if any of our church members are among the wounded,” said Houston-Hencken. “We all know people who are injured and there are some people we haven’t heard from. A girl on my daughter’s soccer team was among those shot last night so we feel like we are in triage right now trying to find out the extent of injuries.”

The Presbytery of Nevada has been in contact with pastors at all churches today to try and assess the impact.

“I would anticipate that in addition to opening the churches for services and being tuned in to hospital needs, we will have individuals ready to respond in any way we can,” said the Rev. Hilda Pecoraro, presbytery pastor. “Pastors and other spiritual leaders will continue to help people who are struggling emotionally over the coming weeks and months.”

Pecoraro says the shootings will have a long-term impact on people’s sense of safety in Las Vegas.

“Can we do the basic things we’ve done here without the fear that we could be targeted next? Las Vegas thrives on these concerts and conventions with huge gatherings of people. It’s the financial engine that runs our community,” she said. “For that to be compromised in this way suddenly raises all kinds of questions for the whole community as well as people’s livelihoods.”

Presbyterian Disaster Assistance has been in communications with the presbytery and will be providing financial assistance as well as sending in a National Response Team.

“Our hearts and prayers go out to everyone impacted by this horrific event,” said Jim Kirk, PDA’s associate for national disaster response. “We are grateful to all of those who have responded to this tragedy and hold close those who were injured and the families that suffered loss.”

Kirk says the impact of the shooting could be long-term.

“In most cases, those that have survived such trauma are in shock or bewilderment. They may also question their own faith, God’s goodness and fairness,” said Kirk. “Tragedies like this can also cause someone to remember or re-live a trauma in their life.”

Pecoraro says those injured and the families of the deceased are not the only ones traumatized by the shootings.

“For those who experienced the trauma of seeing people fall all around them and the horror of being targeted by a gunman and feeling so vulnerable will also need our help,” she said. “For the 500 plus who are in the hospital, there are probably 10 to 20 times that number who will be suffering from emotional wounds.”

One of the International Peacemakers visiting churches across the U.S., Nora Carmi of Palestine, spoke yesterday morning at the First Presbyterian Church in Las Vegas.

Presbyterian Disaster Assistance is able to respond quickly to emergencies because of gifts to the One Great Hour of Sharing special offering.

You can assist PDA in responding to acts of Public Violence by donating to the following fund: https://pma.pcusa.org/donate/make-a-gift/gift-info/DR000188/