Members deal with sadness and shock 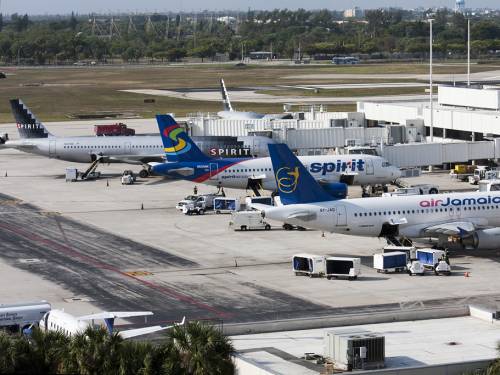 LOUISVILLE – Presbyterian churches located within a few miles of the Fort Lauderdale – Hollywood International Airport are still trying to wrap their minds around last Friday’s shootings that left five people dead and several injured. The suspect, Esteban Santiago, 26, appeared before a federal magistrate judge on Monday and could possibly face the death penalty.

Authorities say the shootings unfolded Friday afternoon in the baggage claim area of Terminal Two. Santiago, a security guard living in Alaska, had just arrived when he is alleged to have pulled out a handgun and begun firing. Hundreds of people were evacuated from the terminal, many heading onto the runway.

One of the airport employees, a maintenance worker, is a member of the First Presbyterian Church of Hollywood. She described to her pastor, the Rev. Kennedy McGowan, what happened.

“This was her last day as she was retiring from her job at the airport. She was working in a building across from the terminal, but as the shooting began, many ran across to her building seeking shelter because they didn’t know how many people were involved,” said McGowan. “The workers are not permitted to let anyone into the building, but did make an exception for one woman when they saw she was suffering an asthma attack. They couldn’t permit anyone else to enter.”

McGowan said the church member was a bit shaken by what she saw. “For her, it was realizing that what she had read and seen on the news time and time again, was now happening in her workplace, literally a few hundred yards from where she had gone to work for years and years.”

Another member, according to McGowan, was scheduled to arrive on a flight from Cuba about the same time as the shooting took place. Her plane, along with many others, was diverted to another city.

As members gathered for worship on Sunday, McGowan says there was a mood of sadness and shock.

“It’s always sobering to realize your sense of vulnerability when something happens so close to where you are,” said McGowan. “This shooting took place in an area that everyone here has probably been to whether flying in or out of terminal two.”

“As it should be with all Christian congregations, there were prayers on Sunday for not only the victims of the shooting but the shooter himself, who is obviously a deeply troubled individual.”

McGowan says the church along with others in the general area have reached out to the local Red Cross offering pastoral counseling or emergency accommodations if needed.

Jim Kirk, Presbyterian Disaster Assistance’s associate for disaster response, reached out to the leadership of Tropical Florida Presbytery and the Presbyterian churches closest to the airport, offering denominational support.

As the investigation continues, faith leaders say they will work to ensure those living near the shootings get the help they need.

“I imagine there will be some ramifications from this, people may reach out in the coming days to churches or therapists, those dealing with some post traumatic stress from being in a terrifying environment,” said McGowan.

Authorities say a few of the injured victims remain in the intensive care unit. Several others have been released or recovering in other hospitals. Santiago’s next court date is January 17 and his arraignment is slated for January 23.