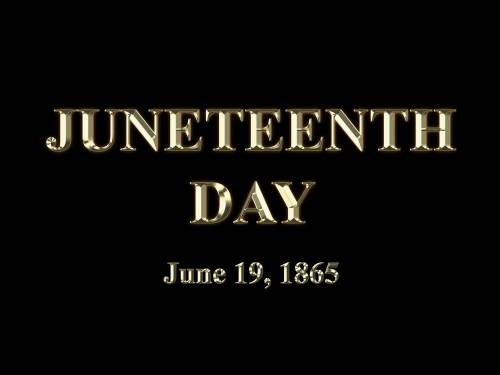 LOUISVILLE — The Presbyterian Church (U.S.A.) will be commemorating and celebrating Juneteenth in a special online worship service on Wednesday, June 16, at 9 a.m. EDT. The theme for the service is “What Is the Work of the People — Holding the Legacy While Building Our Destiny.”

Each portion of the service will have its own sub-theme, including:

Theme One Sankofa: Acknowledgment of Our Journey
Theme Two Ubuntu: Celebration of Our Ancestors
Theme Three Umoja: Uplifting Up the Black Family in All Its Forms
Theme Four Harambee & La Lucha: Our Collective Struggle (of All Marginalized and Oppressed People)
Theme Five Ojo Iwaju: There Are Black People in the Future

Juneteenth is the oldest known celebration commemorating the ending of slavery in the United States. President Abraham Lincoln signed the Emancipation Proclamation, freeing slaves in January 1863. However, it wasn’t until two years later, on June 19, 1865, when Union soldiers landed in Galveston, Texas, with news that the war had ended, that the enslaved were now free. After this, more than 250,000 slaves across Texas learned that they were free.

The celebration of June 19 was coined “Juneteenth” and grew with more participation from descendants of slaves as they treated the day as their Independence Day. As early as 1866, freed slaves in Texas held celebrations on this date to commemorate and celebrate the end of slavery.

“If we look at it from a biblical perspective, our story most closely connects with the Exodus story in the Bible.

“It is important that we tell our story within our community. Otherwise, our story gets lost or co-opted. The idea of the five themes is a way to ensure that we’re telling all pieces of our story. Unfortunately, for African people, we often think our story begins on the coast of the Americas and there’s so much more to our story. There’s more to the beginning of our story,” he said.

“It’s also important for us to be forward-facing like the Sankofa bird associated with the first theme,” Johnson said. “We’re still moving forward. This is not the end. So those phases that you have, the themes allow us to cover the rich beginning, as far as we are able to access everything and on the opposite hand to have a solid foundation for looking forward in our struggle for truth, freedom and liberty.”