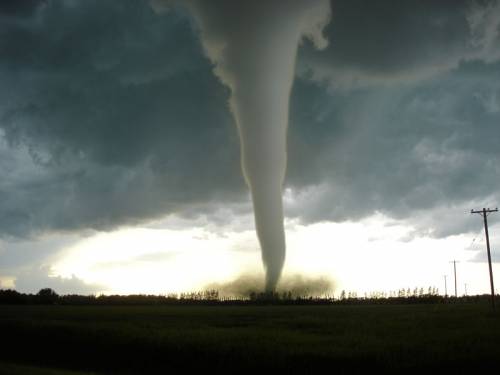 One national response team will head to the Maumee Valley Presbytery in Northwest Ohio and Southern Michigan as well as the Presbytery of the Miami Valley, visiting hard-hit sites such as Dayton and Celina, Ohio.

The Dayton Daily News reported that 13 tornadoes hit Ohio between Monday and Tuesday , including three EF-3 tornadoes, with winds of 136 to 165 mph. The Maumee Valley Presbytery posted a photo of a damaged Celina home on its Facebook page and said that the Rev. Nan Clancy and leaders at First Presbyterian Church in Celina were checking on members and their communities to see who needed help.

“I have worked with PDA before, namely during the response efforts to the May 2013 Moore, Oklahoma, tornadoes when I was the associate pastor at FPC Oklahoma City and the first disaster village coordinator for the village, which was capable of hosting up to 74 people at one time,” Meinke said. “Out of the chaos did come hope, but also a transformative understanding of mission and hospitality for the First Presbyterian Oklahoma City Church. I have seen the power of PDA at work and I am excited to work with PDA again as they bridge our community of Celina to hope as well.”

The other national response team is headed to the Missouri Union Presbytery, in central and northern Missouri, to look at tornado damage in Jefferson City from last week.

More than 500 tornadoes have been reported in the past 30 days across the country, and an acute two-week period of severe weather has resulted in 40 percent of the severe weather warnings issued by the National Weather Service this year, according to The New York Times. The primary impacts have been tornado and storm damage and flooding.

“ ‘The worst I can remember’ is the most common phrase I am hearing,” said Jim Kirk, PDA’s associate for disaster response in the United States. “There are many rivers that are at historic flood levels.

“Although spring does bring severe weather in terms of tornadoes and rain, this has been a particularly impactful spring. This has been the most severe spring in the past eight years. In addition to the severity, the pattern which is causing the severe weather has remained in place for a longer period of time.”

Kirk referred to a Boston Globe article explaining the current weather patterns, largely tied to the jet stream, that are precipitating such an active period of storms.

Since this outbreak of severe weather started, PDA staffers have been contacting presbyteries around the country to see how people are doing and let them know that assistance is available. Volunteer national response teams can be dispatched at no charge to assess damage and determine further response by PDA.

So far, grants have been approved for Missouri Union for tornado damage and Maumee Valley for church flood damage. PDA staff are anticipating additional requests.

“PDA, on behalf of the PC(USA), has been in communication with the impacted presbyteries,” Kirk said. “Presbyterians in those areas, in addition to being survivors, are responding to the enormous needs. PC(USA) churches have opened as shelters, respite centers and family recovery centers. Presbyterians are reaching out to neighbors and meeting the immediate unmet needs in their communities.”