A lament in the wake of murders during Bastille Day celebrations 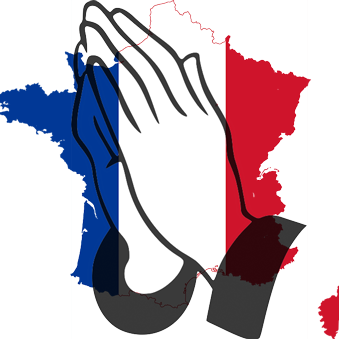 The Rev. Dr. Laurie Kraus, coordinator for Presbyterian Disaster Assistance, offered a prayer of lament for those killed and injured by a semi-truck driver who systematically plowed through crowds in the French Mediterranean resort city of Nice last evening.

According to the Agence France Presse (AFP) news agency, approximately 84 people were killed and dozens more injured as Mohamed Lahouaiej Bouhlel, a 31-year-old French-Tunisian delivery driver, piloted his truck through gathered Bastille Day revelers assemble to watch a fireworks display on the national holiday honoring the liberation of prisoners held in the Bastille prison in Paris on July 14, 1789.

The driver was shot and killed by police following the rampage.

French president François Hollande, in a televised speech to the nation at 3:30 in the morning of July 15, recognized the incident as a probable act of terror and has extended the national state of emergency, in force since January 2015, for another three months.

Kraus’ prayer is below.

We are afflicted in every way, but not crushed; perplexed, but not driven to despair; persecuted, but not forsaken; struck down, but not destroyed…. 2 Corinthians 4

God, whose presence we yearn toward in the stillness after our shaken, broken voices and the fires of violence fall silent: we have no words left.

The words others have said: “horrific” “worst” “unspeakable” “impossible”
have been spoken so many times that we can no longer hear them.
Our hearts have broken so often, we cannot feel.
Our hope has been tried, and, we confess in sorrow,
has been found wanting.
There has been too much terror, and not enough answers
too many lost lives with too little time to grieve them all
too much violation of the ordinary and not enough glimpse of the holy to hold us fast.

But You, oh God: beyond our words, beneath our hope:
be the creative breath that orders our chaos
the mercy and justice that compels us to action
the Love that is stronger than death.

We ask you again, for we have nowhere else to turn—
Hold us fast, when we cannot hold on any longer.
Walk with us through the valley of the shadow
Turn us away from despair, that we may not grow weary in well-doing

Triune God, grant us liberté, égalité, fraternité:
…the liberty of your love that conquers fear and evil
…the mind of your Son, who did not consider equality with You a thing to be exploited, but emptied himself
…the fraternity of your Spirit, beyond our divisions, to bind us together as one family in your kindom of mercy and peace. Amen.