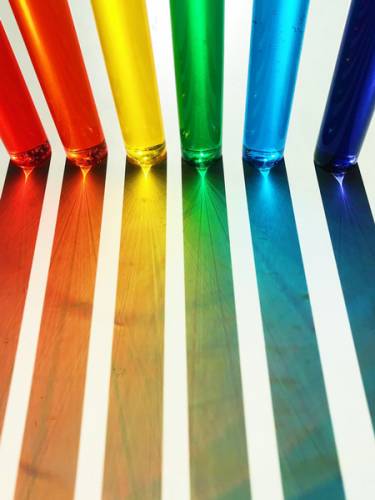 Photo by Joyce McCown via Unsplash

LOUISVILLE — The Rev. Dr.  Elizabeth “Betsy” McCormick and ruling elder Mary Almy served as mission co-workers in Sudan for more than 14 years, but during that time Mary was living a dual life.

Then living as a man, Mary struggled with how she would be accepted. When some Louisville supervisors and colleagues told her that LBGTQIA+ issues were ruining the church, she would fight back tears, knowing she could not confide in them.

“I was doing this mission work, telling others God loves them, and I’m being told by my church that God doesn’t love me,” she said.

Married for 36 years, McCormick and Almy participated in a webinar earlier this week to talk about their experiences as the Presbyterian Mission Agency, the Office of the General Assembly, and the PC(USA) Administrative Services Group work to update personnel policies and promote discussion around LBGTQIA+ issues.

The Rev. David Maxwell of the Presbyterian Publishing Corporation and Rev. Shanea Leonard, associate for Gender and Racial Justice with the Office of Gender, Racial & Intercultural Justice facilitated the webinar.

In 2020, to fulfill a mandate from the 223rd General Assembly (2018), a working group developed a survey asking present and past employees of World Mission to detail any experiences they may have had or witnessed with regards to discrimination based on sexual orientation, sexual identity, gender identity or gender expression. The purpose of the survey was to confess past harms and create new ways to support persons who are LGBTQIA+.

Today, McCormick serves in clinical pastoral education with a hospital in Pennsylvania and Almy works as a fiscal technician. Both suffer pain and scars from their experiences. Both want to be a bridge between the transgender community and the church.

The couple met when McCormick was serving as the pastor of the church Almy grew up in. McCormick was the first person Almy ever talked to about her true identity. She replied simply, “it’s OK, and it’s been OK ever since,” said Almy.

They both consider Sudan their adopted home, but as a fundamentalist Islamic country, they knew it could be dangerous if they stayed. The government of Sudan was known to raid mission co-workers’ homes and sometimes in their home, Almy dressed as Mary.

Coming back only every three years for itineration, they also didn’t have access to the mental health services both needed for support.

When they returned, McCormick found a job as an interim pastor and one as a designated called pastor. Almy worked for a Presbyterian-related medical mission support organization outside the church and began therapy.

The church threw McCormick a one-year anniversary party to express their love for their new pastor. At that time the couple made a decision that Almy needed to transition in order to stay alive. They decided to tell their church family.

“I told my story on a Sunday morning after church and pretty much everyone came up and hugged me, but the next day there were petitions to remove Betsy from ministry and it quickly got very ugly,” said Almy. “There was name calling and threats. One person threw stones at me in the parking lot.”

Almy also came out to her employer. It took them less than an hour to fire her.

McCormick has walked alongside her spouse through difficult times.

“When you marry someone it’s because of a deeper love. There’s more there,” said Almy. “Betsy showed that when she talked to the congregation and announced my planned transition. She said I’m standing with my spouse. That’s one of the places where I find my inspiration. When I first told her, she said ‘OK.’ That was kind of amazing. She helped me decide to transition. She said this is the person I love. She’s a straight white woman who will grab my hand and walk down the street proudly with me. When I’m afraid, she’s not.”

McCormick offered the group some advice based on their experiences as they move forward developing new policies.

“Lift up and say this is the policy of the PC(USA), that LGBTQIA members are in good standing in the church and offered the full opportunities of serving as mission co-workers,” she said. “If the partner church is having difficulty with that, I’d say it’s an opportunity to have courageous conversations around what that would look like.”

Both said having the opportunity to talk in a safe space is critical.

McCormick said having internet resources is also important. When they began their journey, the web was the only place they could go to find transgender information.

Despite the pain, both have maintained their faith.

“I’ve never felt separated from God,” said Almy. “I could tell you stories that prove that God was active in my life, times when I should have died but didn’t.”

The couple continues to act as mentors and counselors.