To get more out of your viewing experience, congregations can form film groups, says Dr. Edward McNulty 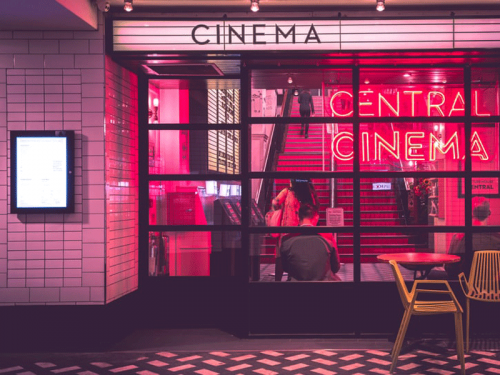 Photo by Myke Simon via Unsplash

Oscar buzz is in full swing now that the list of nominees has been released. This year there is a full contingent in the Best Film category. I was gratified to see that three on my Top Ten list have been selected as contenders for Best Picture.  There is still one film that I haven’t seen, the Japanese feature film “Drive My Car.” It will be at least a week until I can catch it at a Cincinnati theater, so I will proceed without it.

The mini-reviews below all are short out of necessity, but the titles all have links that will take you to a full review of the film. In my journal Visual Parables, the review also includes a set of questions for individual reflection or group use.

The great director/actor looks back upon his boyhood in the Irish city with fond affection for his Protestant parents and loving grandparents. He was playing in the streets with his Catholic and Protestant friends when the Troubles began. Because his father would not join the anti-Catholic demonstrations, the family came under such pressure that they had to consider leaving the country. The themes of family solidarity, the important role of grandparents in a child’s life and the need for understanding and acceptance between different ways of faith make this a wonderful film for entertainment and discussion.

This film is an interesting take on the insider who also is an outsider, at least to her family. Seventeen-year-old Ruby Rossi is the only hearing member of her Deaf family, which includes her mother and father, Jackie and Frank, and her older brother Leo. Thus, to them she is an outsider, even though she can freely converse with them through American Sign Language. But when a teacher discovers she has a great talent for singing and encourages her to accept a scholarship at a music school, she is torn between her family and her aspirations. She is the interpreter when her father takes the family fishing boat out for a catch, and the Coast Guard has warned him that for safety reasons he must have an interpreter aboard at all times.

Aside from the dilemma of choosing between two mutually exclusive goods, the film is also great for exploring family relationships and the strength that comes from the family in a moment of crisis.

This satirical dark comedy reminded me of Neil Postman’s insightful book “Amusing Ourselves to Death.” The media has led us to trivialize and commodify everything so that we forsake or ignore truth in our quest for material happiness. The film’s U.S. president, so concentrated on her career and the next election, fails to hear the dire warning of our scientist heroes that a comet will collide with the Earth in a few weeks. When they try to get out their warning on a TV interview show, they are not only last in the guest line-up, but the hosts are obsessed about the romantic life of a shallow singer so that they too fail to heed the dire warning. This is a funny parable of Isaiah’s message, later quoted by Jesus, that the people have eyes but don’t see. (See Isaiah 6:1-10 and Matthew 13:10-16.)

Wisely deciding to make two films of Frank Herbert’s huge novel about the distant future, the director tells half of the rise to power of Paul Atreides, the son of Duke Leto and Lady Jessica, who have come to rule over a desert planet called Arrakis. The Emperor prizes the planet because it is the sole source of melange, or spice, without which intergalactic travel would not be possible. Conflict and betrayal arise because the former overseer of the House of Harkonnens will not give up his rule — and there is also the Freman, the native inhabits who resent being colonized by anyone. Thus the theme of colonialism lie beneath the action, reminding one how the resource-rich countries of Africa have been misused by outside powers. A couple of the characters are mystical, reminding us that there is more than the physical eye can see in the universe. Paul’s mother Jessica voices an insightful observation about fear that people of faith might relate to Psalm 27.

This film covers two important themes: the struggle of African Americans for equality in a society opposed to their inclusion, and the role of a father in raising his family. And, come to think of it, the necessity for planning and persistence if carrying out one’s plans, as exemplified in two parables by Jesus, Luke 14:25-35 and Luke 18:1-8.

Tennis, despite the efforts of Arthur Ashe, was still a “white man’s sport,” and emphasis needs to be placed upon man, as Richard Williams was the father of two daughters. Long before Serena and Venus were strong enough to hold a racket, their father was working on his plan to get them into the top-notch training program that would gain them entrance to the profession.

It may take a village to raise a child, but to develop an African American’s two daughters into champions in the virtually all-white sport of tennis, a father of extraordinary strong will and boldness is required. Richard Williams is certainly that kind of a father. As such he is dubbed “King” in the title, as this film detailing three years in the lives of real-life Venus and Serena Williams makes clear. Those discussing this film should take note that his wife Brandi calls him out when he goes overboard and steps in to help Serena when her husband devotes most of his energy to promote Venus.

I did see this comedy many weeks ago but was so underwhelmed by it that I did not write a review. How it was listed over such far superior films as “Being the Ricardos” or “The Eyes of Tammy Faye” I can only attribute to a smart marketing campaign by the producers to the members of the Academy. It does have some funny scenes, so time spent with it will not be totally wasted.

Film noir accepts the medieval doctrine of the total depravity of humanity, and in this second adaptation of the 1946 novel by William Lindsay Gresham, we see how depraved a man can be — and of course a femme fatale as well, noir writers agreeing with Adam in Genesis 3:12. A vagabond man who might have killed his father joins a carnival, where the owner and class acts are at the top and the chicken head-eating geek are at the bottom of the microsociety — as well as the customers regarded as suckers to be conned. Our anti-hero, like Macbeth, over-reaches himself as he rises to the top, and, led by a smarter woman, falls to the bottom. Some have regarded both the novel and the film as a scathing critique of what was touted after World War II as “The American Dream,” something worth pondering and discussing after you watch the show.

“The Power of the Dog”

The film is set in the West of the early 20th century, but its anti-hero, for whom the Marlboro Man seems like a wimp, is still obsessed by the super macho cowboy once his mentor. When his brother brings his new wife and her gay teenage son to the ranch, Macho Man initiates a campaign to humiliate and drive the wife mad as he cultivates the boy he scorns to join his coterie of ranch hands. However, in an ironic twist, it is the boy who has the last laugh in this study of toxic masculinity, homophobia, and revenge in which Macho Man does himself in.

This retelling of the story of Shakespeare’s “Romeo and Juliet” is given a fresh treatment in Stephen Spielberg’s remake of the 1961 film classic. For 60 years I have been recommending the earlier “West Side Story” as suitable viewing and discussion for Advent. The hatred between the teenage Puerto Rican gang the Sharks and the Italian Jets and the cops’ scorn for both well represent the fallen world that Christ came to redeem. Tony in his song “Something’s Coming” matches the longing expressed by Israel in “O Come, O Come, Emmanuel,” and the haunting song “Somewhere” describes well the world of love and acceptance that Christ ushers in. Although I prefer the original in which the lovers sing this last song as a duet to the new version in which Rita Moreno sings it alone, this new version better expresses the Latino culture and ethnic prejudice so amusingly expressed in “America.” The hint of reconciliation between the two groups may be a dilution of what was expressed by the Prince of Verona at the end of the original, but it is still there as both Jets and Sharks pick up Tony’s body and remove it from the street. Thus, the film is as relevant to our divided, hate-filled society as ever. 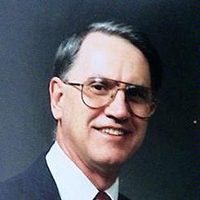 Each of these nine films offers us an opportunity to explore ethical and theological values. Many churches now have a film group, just as in an earlier age they would have had a book discussion group. If your church does not, maybe it’s time that it did. Don’t just read this; do something about it.

Dr. Edward McNulty, now semi-retired, is a Presbyterian minister who served as film critic for Presbyterians Today and Presbyterian News Service for many years. Westminster John Knox Press has published three of his 15 books, including the two “Praying the Movies.” His newest book is “Jesus Christ, Movie Star.” Each week McNulty posts two or three new film reviews at visualparables.org.