…be led forth in peace. (Isaiah 55:12). Support to the Peace & Global Witness Offering.
Make A Donation Click Here >
Home › On the fifth anniversary of Hurricane Maria, Puerto Rico faces record-setting rainfall and devastation from Hurricane Fiona 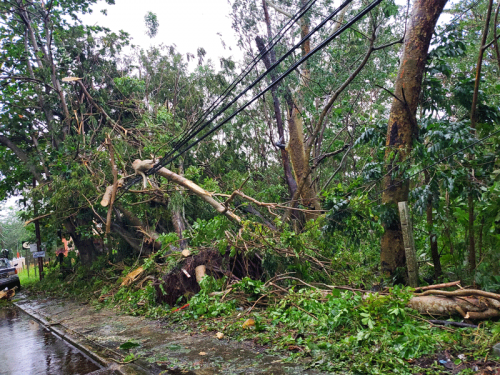 The work assessing the damage that occurred in Puerto Rico by Hurricane Fiona over the weekend continues. (Photo courtesy of Tito and Dartha Rivera)

LOUISVILLE — On the fifth anniversary of Hurricane Maria’s devastation to Puerto Rico, Presbyterian Disaster Assistance personnel on Tuesday were describing a different scene despite the record rainfall that Fiona brought to the island over the weekend before turning toward the Dominican Republic and smaller islands in the Caribbean.

The hurricane strength and aftermath were unprecedented in 2017, said Michelle Muñiz, PDA’s Disaster Recovery Coordinator in Puerto Rico, but the devastation caused by Hurricane Fiona is comparable. In many ways, the effects are worse than those brought by Maria, “especially the historical rainfall levels,” she said.

As the Rev. Edwin González-Castillo, PDA’s Associate for Disaster Response in Latin America and the Caribbean pointed out, “the land was already saturated before Fiona. Areas that had never been flooded are flooded, and rivers that had never overflown have overflown. Communities were surprised when their houses filled with water and they had to evacuate.”

On Tuesday, most of Puerto Rico’s nearly 3.3 million residents were still without electricity and about 40% had no running water, with no timeline available for when utilities will be restored. About 1,200 people were in shelters on Tuesday, down from about 2,000 people over the weekend, González-Castillo said.

Muñiz, who’s based in San Juan, said there is “concern about the way the government has responded,” especially following Hurricane Maria. “People are frustrated. They feel we are back to square one.”

Grassroots organizations have been hard at work over the last five years, “and this really adds to their work,” Muñiz said. “My concern is we were already tired when this happened. You see it in churches, in schools, in the communities and in organizations. We were already tired, and now we have to think about how we can prioritize what needs to be fixed first.”

González-Castillo, who works out of Louisville and hails from Puerto Rico, said the island has moved “from Maria to earthquakes to pandemics to this hurricane.” They have not been able to find respite, he said.

Other islands in Fiona’s path, including the Turks and Caicos, “are also suffering catastrophic flooding and wind damage in poor communities already in unstable situations,” González-Castillo noted. 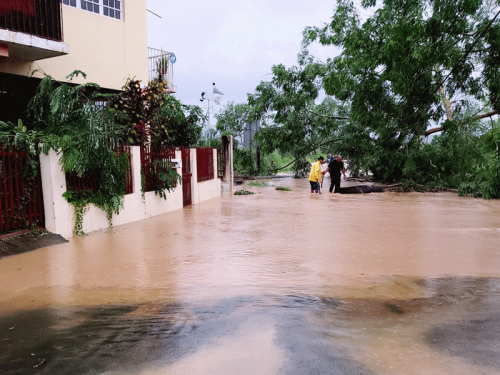 Presbyterian Disaster Assistance has already reached out to the affected area. (Photo courtesy of Tito and Dartha Rivera)

PDA has already reached out to the affected region, he said. Muñiz is in frequent communication with the Synod of Boriquén and Puerto Rico’s three presbyteries. Muñiz said a volunteer host site was recently reopened in San Juan, “but we aren’t taking any more reservations [for volunteers] so we can figure out what the recovery is going to look like.”

“PDA is not a first responder,” Muñiz said. “For me, I feel responsible in my role to accompany our leaders. We can talk about funding later. If the leadership needs someone to talk to or to vent, PDA is here to support us in that. I want that to be recognized as the work of our denomination supporting our local representatives.”

As Kirk pointed out, even though infrastructure issues on the island have been only partially addressed since Maria made landfall five years ago, “some things are different, and Michelle is living proof of that. We have a response coordinator in place … a skilled and competent person who brings the particulars of disaster response but also provides a ministry of presence and pastoral care.”

Another highlight, Kirk said, is that following Maria, “a significant portion of PDA grants went to resilience projects,” including cisterns and solar-powered charging hubs. “We invested in community resilience, and I hope that’s made a difference” this time around, Kirk said. 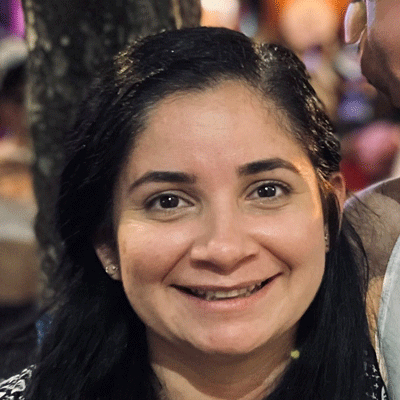 Muñiz said a partner organization, Techos Pa’ Mi Gente (“Roofs for my People”), a group that replaced a large number of roofs following Maria, has been out checking how those roofs held up during Fiona. “All the roofs are good. I’m happy PDA has a close relationship with this organization,” she said. “It gives me joy to know we are part of that outstanding work they are doing.”

“I feel Puerto Ricans were better prepared,” González-Castillo said. While trauma remains from Maria’s considerable impact, “the instinct [as Fiona bore down on Puerto Rico] was to prepare and prepare fast. We haven’t seen the chaos and long lines there before and after Maria.”

“There are still communities where people can’t get out of their houses, and there are mud slides,” Muñiz said. “But I see that people took this more seriously. We didn’t want to experience what we experienced in 2017.”

At this time, the best way to be with our siblings in Puerto Rico is to pray and support local response efforts through the PDA hurricane relief fund. Down the road, there will be opportunities for long-term recovery and volunteer support. But for now, prayer and financial gifts will have the greatest impact on our Puerto Rican partners, Herring said.

To make a financial gift, go here. If you are interested in volunteering in Puerto Rico or other PDA host sites, contact the PDA call center at pda.callcenter@pcusa.org or 866-732-6121.

As of Tuesday, authorities had not yet established contact with a few affected communities in Puerto Rico, Kirk said. “The search and rescue phase continues. It’s an ongoing situation.”

Darla Carter contributed to this report.