Share God’s love with our neighbors-in-need around the world through One Great Hour of Sharing.
Make A Donation Click Here >
Home › Offices propose name change from ‘racial-ethnic’ to ‘people of color’ 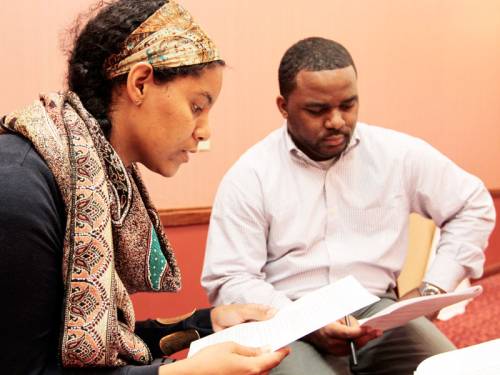 LOUISVILLE – In response to a referral from the 222nd General Assembly (2016) directing the Advocacy Committee for Racial Ethnic Concerns (ACREC) to work with the Office of Racial Ethnic & Women’s Ministries (RE&WM) of the Presbyterian Mission Agency to determine more appropriate terminology than “racial-ethnic,” ACREC has recommended that the 223rd General Assembly (2018):

In a collaborative effort between ACREC members and RE&WM staff, theological and racial justice experts were consulted to determine the most appropriate name. After prayerful consideration it was concluded that “people of color” should replace “racial-ethnic people” within official PC(USA) documents, parlance and programs.

ACREC’s goal is to ensure that  the terminology changes will be made denomination-wide. And, while the first recommendation assumes the agencies will immediately update all web-based references of “racial-ethnic people” to “people of color,” in the spirit of good stewardship, existing supplies of printed materials will be depleted prior to reprinting. Newly printed materials will reflect the revised language.

The Rev. Thomas H. Priest Jr., vice chair of ACREC, said the committee worked with RE&WM and all agreed that the term “racial-ethnic” no longer represented the work and ministry for people of color.

The group reached the conclusion that based on their research, “people of color” better defined the work and ministry among people who are adversely affected by white supremacy and its components that perpetuate systems of white privilege and power.

Priest said, “Current and past ACREC members recognized that many racial concerns evolved from not being at the table where policy and governing decisions were/are made. Therefore, it is not about only addressing racial concerns but achieving racial equity by diverse voices participating in  church governance.”