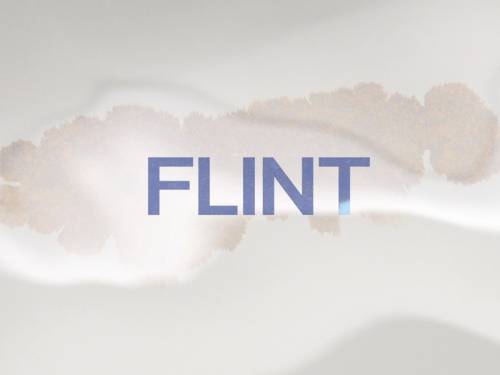 LOUISVILLE — Presbyterian Disaster Assistance has released a trailer for a new documentary currently in production on the water crisis in Flint, Michigan. The film, entitled “Flint,” focuses on the health issues surrounding high levels of lead in the city’s water system. Several scientific studies indicate residents were potentially exposed to high levels of lead after the city switched its drinking water source to the Flint River and a growing problem with aging water pipes.

In 2016, a federal state of emergency was declared and Flint residents were instructed to use only bottled or filtered water for drinking, cleaning and other purposes. Earlier this year, water quality had reportedly returned to acceptable levels, but authorities are still urging residents to continue using bottled or filtered water until the city’s lead pipes have been replaced, which is expected to be complete in two years.

“I hope that the Flint documentary can give voice to the current struggle of 100,000 residents who are finding a way forward through the tragedy and disaster of lead poisoning,” said David Barnhart, PDA’s associate for Story Ministry and director of the film. “Lead poisoning stays with those affected for the rest of their lives and Flint, as a city and a community, must find a way to survive and collectively mitigate the effects of lead, and live into this unknown reality.”

The film will also focus on how Flint is a warning sign for other post-industrial communities across the United States who will be confronting industrial contamination and pollution of their own water sources and environment.

“A recent report found that 5,300 American cities were in violation of federal lead rules, and USA Today detected excessive lead in nearly 2,000 public water systems across all 50 states,” Barnhart said. “Flint is a call for every community to look at their own neighborhoods and cities and collectively confront these issues.”

Barnhart says they try to start every project with an open slate and listen and learn from each interview — so the “voice” in the film comes from those communities and conversations.

“The impact of lead on the human body is terrifying because it manifests itself in development delays and behavioral issues in children, organ failure and kidney disease, heart disease, high blood pressure, bone disease and cancers,” he said. “Lead can have devastating effects on all of our organs and systems as symptoms are revealed over time. Several residents we talked to described hospital hallways full of people already showing signs of poisoning.”

Barnhart talked with numerous residents, including several Presbyterians who are actively seeking solutions to the water crisis.

“When you have children who have high levels of lead in their blood, it stays with them for their entire life.  You’re going to have to let them grow into adulthood before you can really gauge the true effects on them as children, developing adolescents and as successful adults in our society,” said Todd Lamb, a member of First Presbyterian Church in Flint as well as the Fresh Water Flint Committee. “It’s going to take at least, in my opinion, a generation for that to heal.”

“I will never forget the father who frantically talked about his 8-year-old not being able to retain information and how scared his son was,” Barnhart said. “He said that his son was constantly asking him what was going to happen. And right now, his father can’t really answer that question.”

Barnhart said each interview and conversation took them deeper into the water crisis and continues to reveal more, while also raising many questions. Among those interviewed was Dr. Larry Cage, who is also working on the water crisis.

“Children are the most susceptible to lead exposure. When they get exposed, they absorb anywhere between 50 and 70 percent of the lead that’s in the water. That lead stays circulating in their bloodstream from six to nine months, and it’s slowly deposited in liver and other organs. But, unfortunately, most at risk is the brain of a child, and the nervous system,” Cage said. “So the lead accumulates in those areas, then eventually the body starts storing that elsewhere, mostly in the bones.”

In addition to the health issues connected with lead poisoning, residents like Lisa Horne, a social worker and member of First Presbyterian Church, believe it will have a social stigma on those impacted.

“One of the most shocking statements that I’ve heard was when someone referred to the children who have been exposed to lead poisoning as ‘the Lead People.’  I was shocked and a little disgusted and offended,” she said. “What will they be like five or 10 years down the line?  Will they be dumped into this label and looked over? It was shocking to me.  It is a way that people are dehumanized and pushed to the side.”

Both Horne and Lamb describe the residents of Flint as resilient and hopeful.

“Flint is made up of people who will overcome this horrible situation that was placed upon them. I’m not afraid,” Horne said. “Afraid wouldn’t be a good word for me to use only because I do believe God is not giving me the spirit of fear, but of love, power and a sound mind.”

“On a basic level, it is clear that not holding corporations, industry and public officials accountable for environmental contamination and pollution is disastrous and deadly,” Barnhart said. “In the U.S., we have neglected our water systems, infrastructure and our deteriorating post-industrial cities for too long, and we are starting to see the repercussions.”

Barnhart says the state capital of Lansing began to preemptively replace their aging pipes and infrastructure over 10 years ago and just completed this major renovation in 2017.

“Many residents in Flint feel their voice was taken away from them and too much power was given to an emergency manager from the outside, which led to so many disastrous decisions,” Barnhart said. “I feel that environmental racism and classism make it possible for some to have a voice for clean water, and others to be completely marginalized, ignored and put at catastrophic risk — leading to poisoning and lifelong disability across generations.”

Barnhart is hopeful the Flint documentary can be a resource for congregations and other groups to host and have these important and timely conversations — both at a local and national level.

“We urgently need a national conversation to address these issues,” he said. “We hope the voices from Flint will connect with people at that fundamental level and humanize the water crisis — moving people to collective engagement and action.”

Barnhart says residents he’s talked to over the past 18 months have run the full gamut of emotions: from outraged, scared, frustrated and skeptical, but at the same time, determined, hopeful and passionate about their community.

“It has been awesome to see a wide range of religious groups, nonprofits, county health departments, foundations, schools and universities all coming together to confront this crisis, and collectively find a way forward,” he said. “Neighborhoods are organizing as well and new community leaders are making sure their voices are heard.”

Presbyterian Disaster Assistance is able to quickly respond to emergencies through gifts to One Great Hour of Sharing.