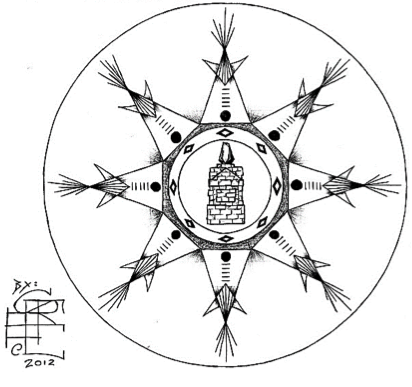 LOUISVILLE – More than 4,000 people have gathered at Camp of the Sacred Stones, three separate prayer camps north of Cannon Ball, North Dakota, near the northern border of the Standing Rock Sioux tribe’s reservation. The people, known as “Water Protectors,” amassed in an effort to stop the Dallas-based company Energy Transfer from piping Bakken oilfield crude oil underneath the Missouri River, the main source of drinking water for the tribe. This project is known as the Dakota Access Oil Pipeline (DAPL).

Members of the Standing Rock Sioux tribe took the initiative in this witness to protect the land and water from environmental harm and to affirm tribal sovereignty. Support for the tribe’s efforts has grown and now comes from many tribes and peoples across the country and internationally, as well as individuals and groups concerned for issues raised by the DAPL.

As the witness continues, the Oceti Sakowin, Dakota Nation (Sioux Nation), has issued a call to prayer for October 8 through 11. The Oceti Sakowin consists of seven bands, the Dakota, Nakota, and Lakota people. Within the Presbyterian Church (U.S.A.), Dakota Presbytery consists of congregations of the Dakota, Lakota, and Nakota people in Montana, North Dakota, Minnesota, and South Dakota.

The Office of Public Witness has created an action guide that provides advocacy points to contact Congress and the U.S. Department of Justice.

In response to the situation at Standing Rock and other current instances of racial injustice, the Advocacy Committee on Racial Ethnic Concerns has issued a statement urging “our church and all of its members, but especially those who are white, to join us in breaking silence. Commit with us to raise our collective voice not just to proclaim the good news of God’s grace but to call out injustice, to call out the forces that threaten to tear us apart with xenophobic, racist, and Islamophobic rhetoric.”

Presbyterian Native Americans continue to monitor the situation and will provide updates on ways to support the effort at Standing Rock, and across the country, to protect water, land, and tribal rights and to maintain harmonious relationships with the earth. 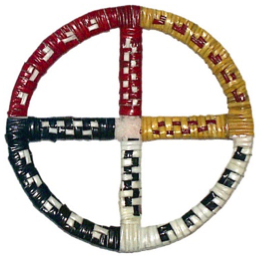 October 8: West (Black) is the direction of the setting sun, the end of each day. It signifies the end of life. The west is also the source of water: rain and rivers, streams, and lakes. The west is vital because without water there can be no life.

October 9: North (Red) brings winter’s cold, harsh winds. These cleansing winds cause leaves to fall and cover the earth under a blanket of snow. Animals or people who have the ability to face these winds, like the buffalo who faces its head into the storm, are said to have learned endurance and patience. The north generally stands for the discomfort and hardships people experience. It represents the cleansing people endure and the trials people undergo.

October 10: East (Yellow) is the direction from which the sun comes. Light dawns in the east in the morning to mark the beginning of a new day. Then the light spreads over the earth. Light helps people see things the way they really are and can be the beginning of understanding. East also represents the wisdom that helps people live good lives. Traditional people rise in the morning to pray facing the dawn, asking God for wisdom and understanding. Many churches were built with the front facing east.

October 11: South (White) is the color of the southern sky when the sun is at its highest. South stands for warmth and growing. From the south come warm, pleasant winds. When people pass into the spirit world, they travel the Milky Way’s path back to the south, returning from where they came.

Those wishing to support the Water Protectors financially may send contributions to the Synod of Lakes and Prairies:

The synod will send a confirmation to the donor that the funds were received and provide information about where they were distributed. Please include your name and address on the check unless already printed on it.