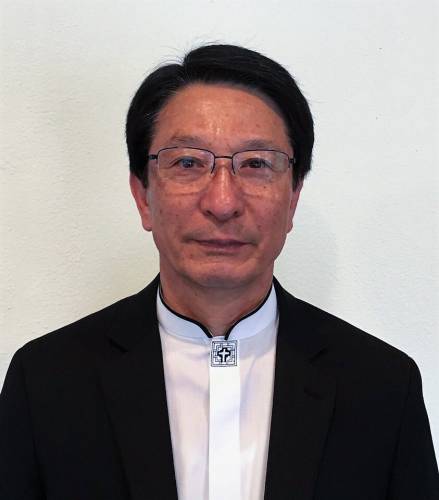 “It is with God’s grace and with a full sense of responsibility that I accept the position of moderator,” Jhee said. “I will do my best to make this entity a better community — serving God and serving the people.

“I believe the caucus is working to become a more missional community and is bringing groups together. However, there needs to be more participation among Korean churches.”

Jhee said his vision for the caucus includes four points: 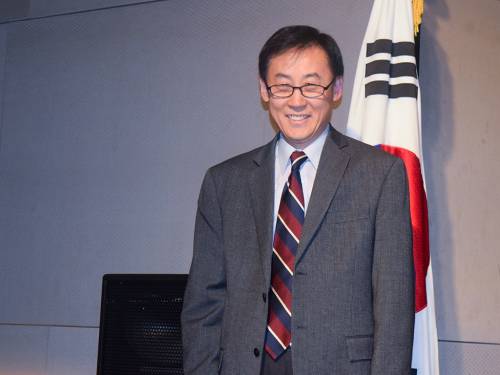 In addition to the moderator, the caucus called the Rev. Dr. Sung-Joo Park as its new executive director. Park, who currently serves as the senior pastor of Korean Presbyterian Church of Minnesota, said, “The NCKPC is in transition. We are reforming the nature of the organization. In the past the NCKPC was more like a fellowship-oriented organization among Korean pastors and lay leaders within the PC(USA).

“We are now trying to transform the caucus into a community that can contribute its thoughts and perspective to the PC(USA) denomination.” Park says NCKPC wants to become a more active participant and partner in ministry.

Recently, the group changed its name from the National Council of Korean Presbyterian Churches to the National Caucus of Korean Presbyterian Churches. Park pointed out that going from a council or fellowship-based organization to a caucus-based organization will allow the group to be more of an advocate for the 400 Korean-speaking churches of the PC(USA).

“This will allow us to raise our active voice for members of the Korean congregations,” Park said. “It will also allow our mission and ministry to be seen and heard by the denomination as we contribute our efforts to reform the denomination while standing in the Reformed theological tradition. We want to be a positive influence within the denomination.”

Park said that as the new executive director he would like to see the caucus become more inclusive and open to those not previously active. He would especially like for more women clergy, younger pastors and next-generation Koreans to become involved with the NCKPC.

“There is a wide age range in the caucus membership,” he said. “Members’ ages range from 20 to over 70 years old. We want to see younger participants and pastors become a part of the caucus and more involvement of women, including more participation from women clergy.”

Park knows there are capable and qualified female Korean pastors and younger Korean pastors who are currently serving congregations and would like to involve them as well.

“We would like to see them become more engaged in the work of the NCKPC,” he said. “A strong partnership between NCKPC and the PC(USA) is extremely important to the success of the caucus and the denomination. I am honored to have been selected for this position and look forward to working with the 400 Korean congregations within the PC(USA), and for the NCPCK and the PC(USA) working closer together.”