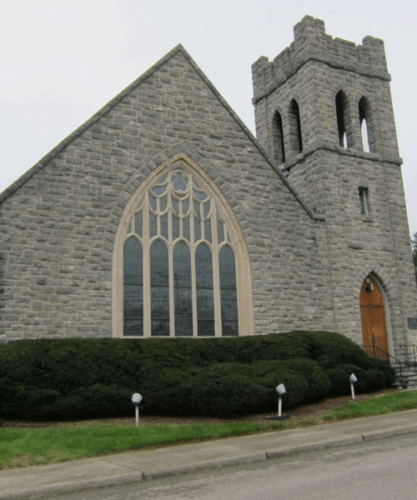 LOUISVILLE — This Sunday morning, members and friends at Second Presbyterian Church in Roanoke, Virginia, will celebrate an astonishing accomplishment during worship: the 1,200-member church has raised more than $1.7 million to support the capital campaigns of four of its long-term mission partners, an amount that exceeds the church’s annual budget by about $200,000.

The church is calling Sunday’s worship focus its Mission Build Service of Celebration. It’ll be livestreamed at 10 a.m. Eastern Time here, here or here, and available later on the church’s YouTube channel here. Watch expressions of thanks from the church’s mission partners here.

The Rev. Dr. George Anderson, Second Presbyterian Church’s senior pastor and head of staff, said four longtime mission partners — Family Promise of Greater Roanoke; Presbyterian Community Center, which addresses homelessness and poverty in southeast Roanoke; Union Presbyterian Seminary in Richmond, which plans to honor Anderson’s predecessor, the Rev. Dr. William R. Klein, by renovating a hall used to further train newly-minted pastors, and Solid Rock International, which is constructing a hospital in the Dominican Republic, where more than 800 individuals from Second Church have worked on 28 teams over the years — all came to church leaders a few months before the pandemic to lay out their capital needs.

Then the pandemic took hold of the world.

“We put [the capital campaign] off for a year,” Anderson said, “but the needs weren’t going away.”

Church leaders began the campaign over the phone and online rather than in person, “and somehow we got there,” Anderson said. “I’m amazed at the church. During the pandemic, they were in constant contact with area ministries. Even though we were worshiping remotely, we rose to the needs.” 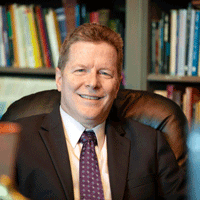 “We’ve had big capital campaigns before, but we kept every dime for renovation. It’s easy to raise money for your own church,” Anderson said. The question was: Could Second Presbyterian Church raise this much and have it all go away?

It could and it did.

“This church has always been mission-minded, not only in terms of money but people involved,” Anderson said. “We have many people involved in each of the four missions. Even more, [the capital campaign] reminded the church what we’re about. I think it’s been a great opportunity for the church to recognize we exist for a reason.”

“The campaign was focused on the future, on sharing the power of love and hopefulness,” Stockburger said in an email. “The strange intersection of a global pandemic and a ‘global’ mission campaign did not escape us. I think in some powerful way it allowed us to actually be hopeful.”

The four organizations supported by the campaign “provide an impact on human lives and communities far outweighing their available resources,” Stockburger said. “When funds are carefully used to lift others, such as in the case of our mission partners, lives are profoundly touched. The groups are the connectors to those lives, people whom we may never know, and in communities we may never visit. … I think the work is also strengthened by knowing that Second Church believes in the work they do and is willing to invest in that work.”

The Presbyterian Community Center plans to construct a new building to replace its current one, a former drugstore built during the 1940s. Executive Director Karen McNally said in an email that PCC provides most of its services to at-risk families and children in an area of Roanoke that was once thriving but was “devastated economically in the late 1950s by the closing of two factories that provided employment to most families in the neighborhood.” 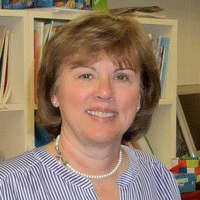 “PCC has very long history with Second Presbyterian Church, as the first services to the community from our mission took place from a building in the church parking lot,” McNally said. “Shortly thereafter, PCC moved to southeast Roanoke.”

“Over the years, in addition to being one of the largest financial supporters of our mission and regularly collecting food for our pantry, countless Second Presbyterian members have volunteered at PCC serving as tutors, mentors, food pantry workers and members of the board of directors,” McNally said. In addition to the services mentioned, the PCC also operates an after-school program called Pathways for Youth, now in its 25th year. Its mission is to address what McNally calls “the very low graduation rate in the neighborhood.”

“Here in Roanoke and also in the Dominican Republic, this is hard, nitty-gritty work that’s required,” Anderson said. “I know we will recognize a difference these efforts will make.”

The one project of the four that “doesn’t sound like mission” is helping with the construction of the Leadership Institute at Union Presbyterian Seminary, a project that’s “close and dear to us,” Anderson said.

Every year since 2006 save for the pandemic years, eight young pastors recommended by the seminary have visited the church for six days to attend around 20 seminars on practical aspects of ministry.

“We’ve had nearly 100 ministers who have gone through that program. Most are still in ministry,” Anderson said. A university president leads a course on asking for money. The vice president of a large company teaches about managing church employees. An author of children’s books leads another popular seminar.

“It is a vital part of our seminary’s mission and calling,” says the Rev. Dr. Ken McFayden, vice president for Academic Affairs and the Academic Dean at Union Presbyterian Seminary. “This new center will move us into the 21st century with the latest technology, comfortable guest rooms and places and spaces for church leaders to gather.”

Joe Zimmerman, executive director of Indianapolis-based Solid Rock International, thanked church members for their nearly two decades of work in the Dominican Republic. “We are so grateful for your support of the REVOLUTION Project, our new hospital facility we’re building right now. We’re praying it will open by the end of the year,” he said. “The investment has been great and so have the fruits of your labor, and we’re grateful for that.”

Family Promise and other ministries will benefit from the renovation of the Alpha Omega House, which will be known as the Alexa House in loving memory of former Second Church member Alexa Cannon.

Marie Beebe, executive director of Family Promise of Greater Roanoke, called church members and friends “great neighbors to the people in our community. You have generously given to have this beautiful home renovated to serve families with children experiencing homelessness.”

“It is a great gift,” Beebe said. “It shows what being a good neighbor is all about. Thank you for sharing your love.”

Sunday’s service, which will be followed by a reception, will include appearances by representatives from each of the four partners as well as individuals and families connected to their ministries.