GA Bible study affirms that lament is the proper response to coronavirus, racism 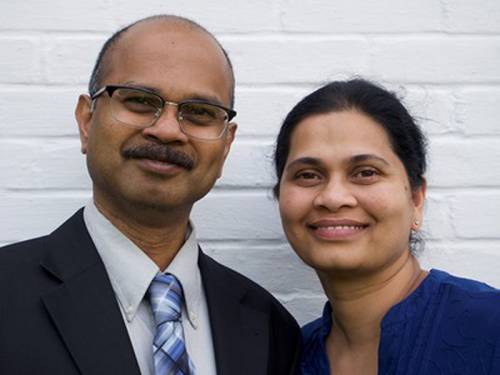 LOUISVILLE — While the book of Lamentations — with two verses from chapter 5 serving as the scriptural basis for the 224th General Assembly (2020) — there’s still hope, commissioners and others participating in the GA Bible study Wednesday evening learned.

“We have found hope in lament,” said Mary Florence Taneti, who together with her husband James Elisha Taneti led Wednesday’s study, which touched not only on the five chapters of Lamentations, but on modern-day examples of why lament remains the most appropriate response in a world reeling from the deadly viruses of coronavirus and racism.

As to that second virus, she said, “we have no vaccine for it, and we are afraid of finding one … Remember, O Lord, what has befallen us,” she said, quoting Lamentations 5:1. “Look, and see our disgrace!”

She acknowledged those who are lamenting the online assembly. “General Assembly is a biennial ritual we treasure,” she said. “This year we grieve the missed opportunity of meeting each other in person.”

“We are survivors,” her husband said. “We have survived until today,” and we have no idea how long both viruses will go on. Survivors experience grace and disgrace, kindness and cruelty, he said, and can draw from the experience of “our Jewish ancestors” who suffered Jerusalem’s destruction in 587 BCE.

But “worst of all” for those survivors, he said, was “the fear that God had abandoned them.” This was a God who “promised to be their God … they had no one to turn to except God.” All five chapters in Lamentations describe a people “going to God and wrestling with God,” he said.

“The Book of Lamentations memorializes pain in every chapter, every verse,” he said. Instead of “letting bygones be bygones, the survivors choose to remember their trauma, memorialize it and ritualize it.”

Quoting Old Testament scholar Walter Brueggemann, James Taneti talked about how the community “oscillated between agony and hope,” displaying a graphic of a see-saw as he spoke.

There’s no hint of “happily ever after,” he noted: “God does not descend and fix things — nor does God abandon the people completely,” he said. “There is space for humans to continue lamenting, to continue hoping, regrouping and living responsibly.”

How do people who have been marginalized survive? They sing, he said, reciting the second verse of “Lift Every Voice and Sing.”

“Anthems are better sung than told,” he said. “Marginalized groups survive by remembering their pain” and ritualizing that pain in spirituals and liturgies. “Our hymnal, ‘Glory to God,’ is richer with laments,” he said. “We have reasons to lament aplenty,” including school shootings; “plagues both new and old,” including the coronavirus and racism; a “broken health system”; our unjust incarceration system; and economic disparity. “We need to lament, as individuals and as a community,” he said. “Our culture is a culture of façades, a culture that frowns on lamenting and grieving.” 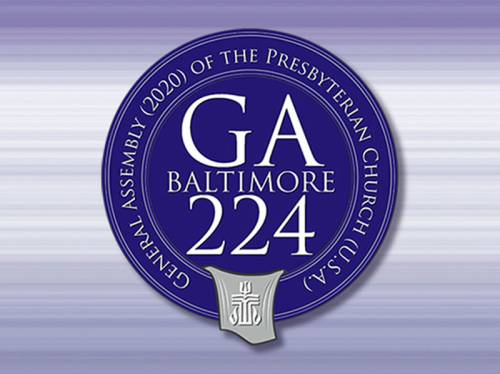 Looking ahead to the gospel accounts of Jesus’ death and resurrection, he noted the women weeping at the cross and then going to his tomb Sunday “to anoint and lament with no expectation whatsoever.”

Where is this rich practice of lament?” Taneti wondered. “When will teaching and ruling elders also become lamenting elders?”

“Sacrament is a means of grace,” he said after reciting the words of institution heard during communion. “Why rush from Good Friday to Easter as if there is nothing in between?”

“Lament is life-giving … Lament teaches us to hope,” he said. “Our Jewish siblings taught us and teach us, and we have much to learn from our Native American siblings on how to hope while lamenting, and from our African American siblings about how to sing lament and dance hope.” Lessons can also be learned, he said, from his own people, the Dalit of India.

“We have much to learn from every marginalized group,” he said. “We lament because we hope, and we hope while we lament.”