The Rev. Dr Kevin E. Frederick will retire in March 2021 after serving a Presbyterian congregation with the nation’s largest concentration of Waldensian descendants 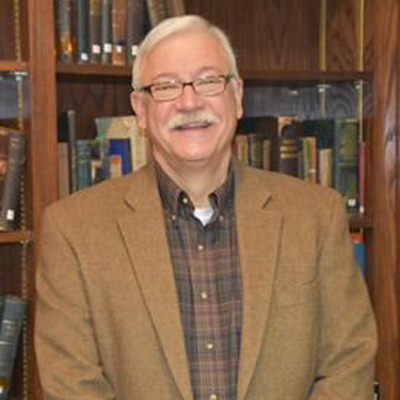 Editor’s note: For more than a decade, the Rev. Dr. Kevin E. Frederick has been a leading figure in the Waldensian movement in the United States. On March 30, 2021, he will be retiring as pastor of the Waldensian Presbyterian Church in Valdese, North Carolina. The following interview, courtesy of the American Waldensian Society, is one of several interviews with Frederick that will be published between now and in March 2021.

Frederick began his service at Waldensian Presbyterian Church on November 1, 2007.

In the summer of 2007, you applied for the pastor position at Waldensian Presbyterian Church. What attracted you to that church and that position at that time in your life?

I had served as a career associate pastor for 22 years prior to my arrival in Valdese and was encouraged for several years to become a solo pastor of a church. I had been looking for a couple of years for the right match for me. When I began learning about Waldensian Presbyterian Church, my long-held interest in church history was fully engaged. I also liked the fact that it was in part of a region of the country (East Tennessee and Western North Carolina) where I had spent most of my life. I realized early on that the Waldensian story, as a small component of the Presbyterian Church (U.S.A.), was uniquely focused on this congregation as the largest concentration of Waldensian descendants in the United States. I was also attracted to its compassionate nature, its unparalleled faith witness and its vibrant sense of identity.

What do you think caused you to take such an interest in the Waldensian history that resulted in your giving two historically based sermons each year and writing a book on the subject?

There were several things that stood out for me, starting with the fact that the Waldensian story is 850 years in the making, and yet within Church history that witness of faith is often acknowledged with little more than a footnote in Reformed history. The Waldensian movement, which started in the 1170s, is the oldest Protestant church witness in the world. Add to this fact, that from early on in their history, the Waldensians were targeted as heretics by the Roman Catholic Church and were heavily persecuted. A decade ago, a local church historian, John Bleynat, identified 33 separate Waldensian persecutions which occurred from the 12th century to the 19th century. I would add one more persecution: During World War II, the Nazis sought to burn and destroy several Waldensian communities in the Italian Alps. These communities were part of the resistance movement against fascism and Nazism. 850 years covers a broad and transformative era of time. 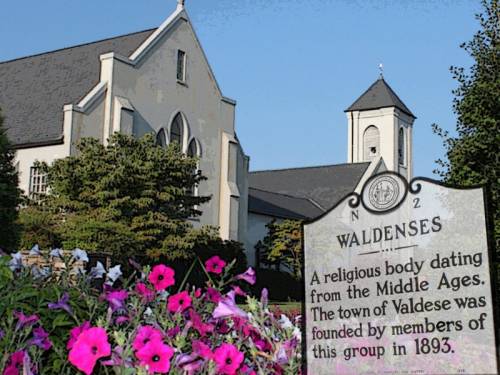 The Waldensian Heritage Museum and Waldensian Presbyterian Church are across the street from one another in Valdese, North Carolina. (Contributed photo)

As I explored their history, I kept uncovering famous historical names who impacted them like Louis XIV, Oliver Cromwell, John Milton, Napoleon, Giuseppe Garibaldi, Benito Mussolini and a host of other less known individuals who played a role in the Waldensian history. Even the formal apology of Pope Francis, in 2015, was a major historical event, since it was the first time in 850 years when the Roman Catholic Church acknowledged its role in seeking to destroy a legitimate branch of the Universal Church of Jesus Christ. The Pope humbly asked the Waldensian Moderator for forgiveness. The Waldensian history remains a thrill to explore, even though 90% of the books about it are written in Italian or French.

What do you think you have accomplished in the last 13 years as a pastor/educator of a Waldensian community?

Beyond the routine duties of a pastor I can point to two major things. First, articulating an integrated understanding of what it means to be Waldensian and Presbyterian, and secondly, integrating the Waldensian faith story with the Waldensian history. After meeting with the pastor search committee 13 years ago and confirming with them my interpretation of how both Waldensian and Presbyterian traditions are integrated in this congregation, my first sermon in 2007 communicated that there are two ways to be Waldensian. The first is genetic, to be born of Waldensian descent. The second is for non-Waldensians to claim the Waldensian heritage by faith. The second approach requires a recognition of the core principles of the Waldensian faith. Over the years I have taught the beliefs of Waldensians both before and after joining the Reformation. These beliefs, blended with the fierce loyalty, determination, and persistence of generations of Waldensians through many violent pogroms and horrific forms of persecution, developed a rock-solid loyalty to, and discipleship in, Jesus Christ. Although nearly persecuted to extinction on more than one occasion, Waldensians most often did not compromise their faith in Christ. Over the centuries, many thousands went to their graves rather than renounce their unique Christian practices and beliefs. Providing this understanding of faith, particularly through the book on Waldensian history, which I researched and wrote in 2018, entitled, “With Their Backs Against the Mountains: 850 years of Waldensian Witness,” serves as a source of understanding of both their faith and history for years to come.