Make A Donation Click Here >
Home › ‘Let me stop there. I’m getting ready to start preaching’ 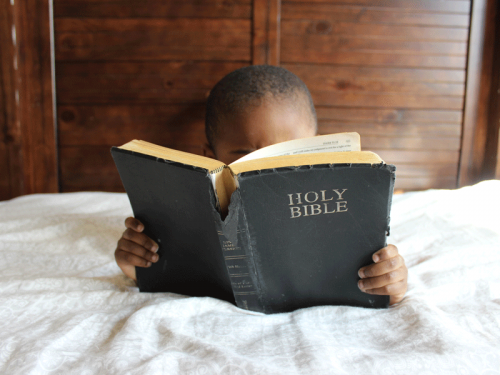 Photo by Samantha Sophia via Unsplash

LOUISVILLE — Anytime two deans and a seminary president are gathered for conversation around “Womanist Herstory, Womanist Hope,” those privileged to listen in can count on a thoughtful and thought-provoking hour. Listen to their conversation, recorded last week, by clicking here.

The conversation was the most recent installment in Union Presbyterian Seminary’s Just Talk/Talk Just series, this one hosted by the Rev. Melanie C. Jones, an instructor in ethics, theology and culture at UPS and the director of the Katie Geneva Cannon Center for Womanist Leadership. Jones’ guests were:

Before commencing the discussion, Jones led those gathered in a moment of silence for Dr. Debra Majeed, a womanist scholar and prolific writer who died last week. Majeed was emeritus professor of Philosophy and Religious Studies at Beloit College in Wisconsin. 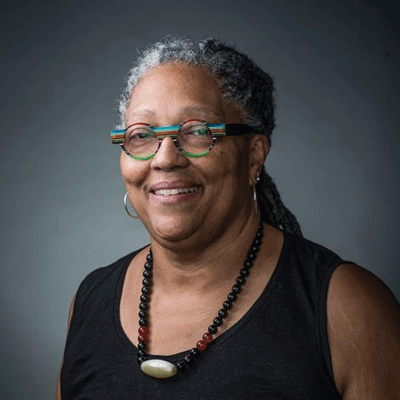 Townes traced womanist studies beyond the work of the Rev. Dr. Katie Geneva Cannon to Alice Walker’s book, “In Search of Our Mothers’ Gardens.” In the book, Walker “is saying there is a richness in Black women’s lives not being captured by white women and by Black men.” The demise of womanist thought “was predicted a year after it began,” Townes said. “What was not counted on was the staying power of the critique that this world can be better than it is, that we have the spirituality, the rigor and the commitment to keep at it, regardless.”

Work that remains includes “issues like trans[gender] womanism. We’ve got some stuff to do,” Townes said of the discipline “that gives us a way to think into the problems of today and see them as not only social or political problems, but as deeply theological problems. What do we do when we add the power of the Holy to figure out ‘what must I do, how must I be and how must I act?’”

“Let me stop there,” Townes said with a smile. “I’m getting ready to start preaching.”

“Our foremothers … never gave up on the belief that the world can be better than it is,” Douglas said. “They always had the strength to keep on fighting and moving toward a more just future.” Where did that strength come from, and why did they never give up? “It’s because as we say in the Black church — even in the Black Episcopal church — they knew Jesus, and Jesus knew them.” 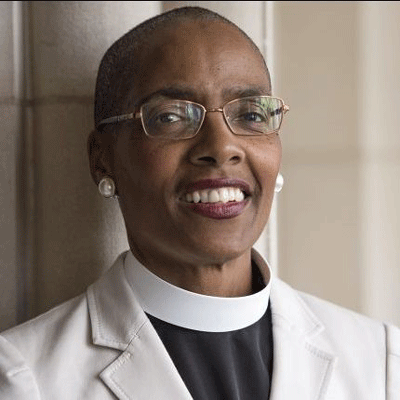 “This we know to be true,” Douglas said. “It was not the case that their captors and enslavers introduced them to God. They knew God in freedom, and God knew them in freedom. Therefore, they knew God did not ordain them or create them to be slaves … We hear their testimony in the spirituals — this rich, deep theology that these spirituals resist any form of enslavement,” as remembered even today in hymns including “He Never Said a Mumbalin’ Word” and “Were You There.” Those spirituals make it clear not only that Jesus understood the pain and suffering of enslaved people “just as they knew his pain and suffering in the crucifixion,” but that Jesus’ resurrection meant that “God has promised you a more just future, a future where you will be free,” Douglas said. “That Jesus was resurrected let them know that enslavement would not be the last word. They knew they were created to be free, and that allowed them to continue to fight for the freedom they knew they would probably never see, but freedom that would in fact become reality — and because they did, we can be in this conversation.”

That reminded Sims of ways that Black women’s lives have been commodified by the church and the academy, in corporate America and in sports. “In some ways,” Sims said, “it invites us to think about this notion of what is really required of us to partner with God in such a way that we take seriously what it means to free ourselves so that we might then be agents to free others.”

“It reminds us that we’ve got to say much more and lift up our Black queer siblings,” Douglas said. “Poverty, evil and greed are being made manifest right now through that one who is [Vladimir] Putin.”

“How have Black women’s lives been imperiled and unprotected? My first response was simply by being born,” Townes said. “Any Black woman born in this country is just as at risk as a Black man, and in some ways the threats to Black women’s lives are not as recognized. We are dealing with a patriarchal culture where men’s stuff makes the news … It is convenient to kill and maim Black women. I don’t know how I can say it more plainly than that. For me, I count myself blessed that I revel in being a Black woman regardless.”

“As my 36-year-old daughter would say,” Sims said, “‘my generation is not your generation.’” 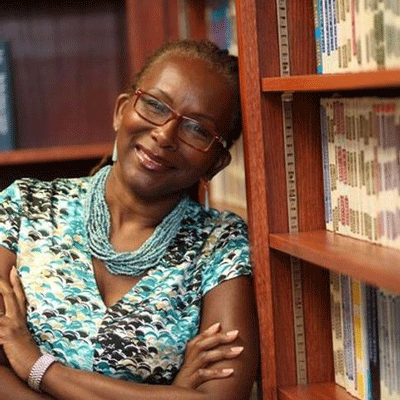 “The foolishness of my generation is not tolerated by the younger generation, and it shouldn’t be tolerated,” Sims said. “As we watch the suppression of votes and the attempt to take us back to an era no one should want to return to … Black women are actually at the forefront. I get encouraged by the voices of younger Black women who are pushing the question and not being satisfied with the sugar cube.”

“Representation isn’t change, and it isn’t power,” Douglas said. “We have to move beyond being satisfied by representation and being invited to take part in somebody else’s agenda. Your daughter and my 29-year-old son are saying, ‘Aren’t y’all tired of that yet? We have an agenda, and we want you to respond to our agenda.’”

“We have to raise our voices to support these people like soon-to-be Supreme Court Justice [Ketanji Brown] Jackson,” Douglas said. “My son says, ‘Do you all like “Groundhog Day,” just going over and over the same stuff every day and not getting any further along?’ Our mothers and our grandmothers could have never imagined a day we would be having this conversation about a woman who looked like them sitting on the bench and as Vice President of the United States.” 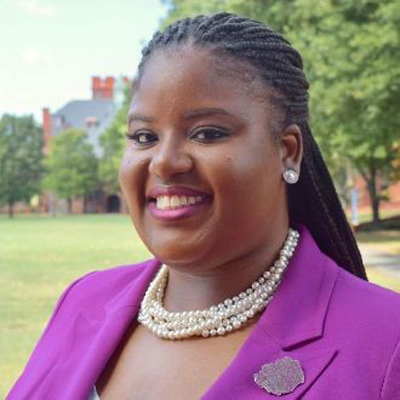 “The beauty of these conversations is the questions” raised by viewers as they mull what’s being said, Jones said. One she asked came from a professor teaching a class called Do Black Lives Matter to God? The professor asked panelists, “Should we let God off the hook when it comes to Black women’s suffering?”

“God is looking and listening, but a disinterested God I have no interest in,” Townes said. “That’s the God of the enslavers. That’s the God who sits passively and allows slavery, racism and sexism to roll along like it’s natural and healthy. Not only do we not let God off the hook, we have to question what God is it we are tempted to put on the hook? Is it a God of liberation? No, absolutely not … Let’s struggle more with the interpersonal stuff we do and question any notion of a God who sanctions suffering. For me, that is no God. That is the devil dressed up in white robes.”

Jones closed the discussion by asking panelists to speak a word of womanist hope for the contemporary era.

“In the midst of all that’s going on, one hope is that with each morning and each breath that’s being drawn is an opportunity to make a difference no matter how small we might think that difference is,” Sims said.

For Douglas, womanist hope was personified in her great-grandmother, Mama Mary, who was born into slavery and who died when Douglas was about 6 years old. “When I think of her, I think of those who were born into slavery, who died in slavery and never ever drew a free breath and never believed they would draw a free breath. But they fought for freedom anyhow. They fought for the freedom they knew was the justice of God.”

“My hope is simple,” Townes said. “It is this world we are in now is not the final word from God.”