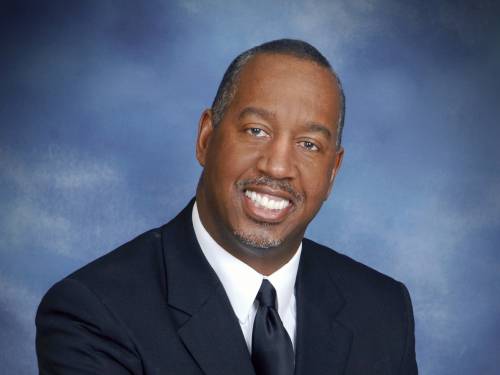 LOUISVILLE – The Presbyterian Office of Public Witness has a new director. The Rev. Jimmie R. Hawkins has accepted the call to the Washington, D.C. office. Hawkins follows the Rev. Dr. J. Herbert Nelson, II, who led the OPW from 2010 until last summer when he was elected as stated clerk of the Presbyterian Church (U.S.A.)

“It is extremely humbling to be called to this position. This is a calling from God and I feel I’ve been led to this and the church has been a blessing in my life,” Hawkins said. “I see this as the next step in my call to ministry.”

Although he loves his current role as pastor, Hawkins says he looks forward to the challenges in his new role and the changing landscape in Washington.

“There are some concerns about access to relationship building. I think we will probably have to work a little harder,” he said. “The last two administrations have had some strong faith components to it and hopefully this administration will follow suit.”

Hawkins has a background in the area of youth ministry having served as a program director of Presbyterian Camps in North Carolina and Virginia. He has served as a youth minister and provided leadership for several youth retreats as well as a campus ministry intern for Salem Presbytery. He says he plans to bring a focus on children and young people in his new role.

“I think our country is not doing everything it can for our children. There are issues dealing with public education and it flows into other issues such as healthcare,” he said. “We need to ensure that our children have all of the opportunities to be healthy and whole.”

Hawkins’ denominational service includes serving on numerous committees of the PC(USA) including as a GA and synod commissioner, as well as numerous presbytery committees and administrative commissions.

He says he is committed to ecumenical relations having served on the global board of Church World Service and the National Council of Churches. He has chaired several local interfaith and ecumenical boards.

Hawkins’ community advocacy includes serving as a leader for the Moral Monday Movement since its start in 2013. He is a member of the NC NAACP Executive Committee and has advocated on issues of social justice before congressional and state legislative leadership.

“Jimmie is a beloved pastor who has been able to bring innovative change to his congregation. I am grateful that he is willing to step out in faith in a very dynamic and changing environment in the nation’s capital,” said Sara Lisherness, director of Compassion, Peace and Justice Ministry with the Presbyterian Mission Agency. “His experience with state-based advocacy, ecumenical service and the Moral Monday Movement will be a great asset to the Office of Public Witness. Jimmie brings a beautiful balance of both the pastoral and prophetic gifts to this position. I think this will be especially important as we move into a new administration in Washington.”

Hawkins will assume his new duties in January. “This is a Kairos moment for the church and I think the church will be called in new and exciting ways and I’m just thrilled to be a part of it,” he said.