Share God’s love with our neighbors-in-need around the world through One Great Hour of Sharing.
Make A Donation Click Here >
Home › ‘If we lean into the work, we can make for a different world’

Author and illustrator of acclaimed children’s book discuss racism, violence and what’s to be done 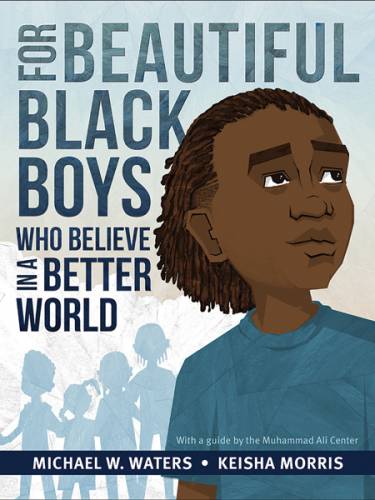 LOUISVILLE — Dr. Michael W. Waters, the author of Flyaway Books’ “For Beautiful Black Boys Who Believe in a Better World,” talked Wednesday about the inspiration for his character Jeremiah, who asks his fictional father pointed questions about systemic racism and gun violence throughout the new book.

It turns out Waters has a Jeremiah in his own life — also named Jeremiah — who’s now 14 and still asks a lot of hard questions.

“His questions to us were very piercing,” Waters said during a webinar hosted by  Flyaway Books and the Muhammed Ali Center in Louisville, Kentucky, which developed a discussion and activity guide to accompany the book. Designed for children 6-10, the book has been well-received by the public since its release Sept. 22.

“On a flight to Los Angeles, we took pen to paper, Waters said of the book’s germination. “I told my wife, ‘I think we have something here.’” 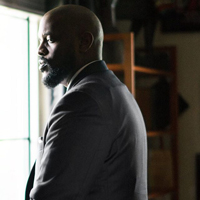 Waters is an author, activist, professor and pastor living in Dallas. Joining him for Wednesday’s 80-minute discussion were the book’s illustrator, Keisha Morris, of Reno, Nevada; Erin E. Herbert, director of programming at the Muhammed Ali Center, who co-wrote the discussion guide; and Darryl Young Jr., manager of programming at the Muhammad Ali Center and co-author of the discussion guide. Jean West of Jean West’s Medical Digest moderated the panel.

Morris said she hadn’t met Waters until just a few days ago. The book’s art director saw a portrait Morris had completed of basketball player LeBron James and told her, “something about that is what we want for the book.” 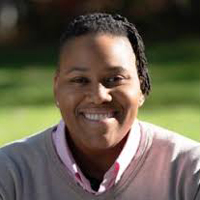 “You have to add emotion when you’re illustrating a book, even when it gets a little heavy,” Morris said. “That’s what pushed me to put a little light on the topic.”

Sadly, Waters said, “I knew that whenever the book was released, it would be timely.” We know the names of many of the people discussed in the book — Trayvon Martin, Michael Brown, Alton Sterling, Philandro Castile and the five Dallas police officers ambushed and gunned down in 2016. “I could talk about lesser-known people in our community whose lives were just as precious … The book stops, but it doesn’t stop. It ends with the hope that if we lean into the work, we can make for a better world.” 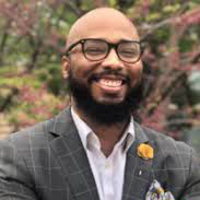 Young summed up the need for the discussion and activity guide, designed for teachers, parents and others, with these words: “White supremacy will go down swinging.”

“We need a firm commitment to do the right thing,” Young said. “People will be offended by this content. They say it stirs up trouble. But there are people who want to learn more, and to learn from multiple perspectives.” 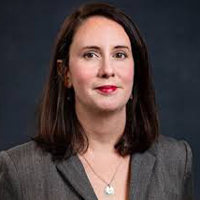 “You can’t have these conversations at a young enough age,” Herbert said. “Even toddlers absorb racial bias. It’s a myth that children are colorblind. If we expect children to lead in antiracism, it’s important that we teach them to be antiracist.

“It’s so deeply rooted that there’s no escaping it. They absorb it,” Herbert said, from sources including the media and even from what they’re being taught in the classroom.

Waters said he’s shed tears seeing social media posts of “the beauty of diversity” of children holding the book up high and beaming. “I’ve been very grateful that white families are reading it and using the exceptional discussion and activity guide created by the Ali Center. School districts are using it as part of their curriculum. What an honor to be part of something that is having an impact.” 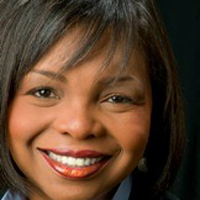 Westminster John Knox Press and Flyaway Books, its children’s books imprint, “have been tremendous,” Waters said, with “their courage to take on this subject matter” as well as the relationship forged with the Muhammad Ali Center. Ali’s widow, Lonnie, “saw an early manuscript, and it gave my heart great joy. When I saw Ms. Morris’ artwork, it was clear she was the one.”

“We wanted to make Muhammad proud, the ‘Louisville Lip’ who was never afraid to speak truth to power,” Waters said. “We also wanted to make sure that young people are heard.”

The task at hand, Waters said, is to “prepare children for what they are facing today and what it will take to create the better world we all desire.”

The “liberation of our nation,” Waters predicted, “will be in the white living room and the white sanctuary.”

“People hold a lot more power,” Young said, “than they give themselves credit for.”

Waters asked participants to “resist the harm at all cost. Mis-education is a tool of white supremacy.” In his state, Texas, history textbooks, even those published in fairly recent years, “called people born into slavery ‘migrant workers.’ Children early on are discerning and are familiar with the spaces that are safe and those that are not.”

The book “is accessible, but it’s subversive,” he said. “It demands you to take action … There is something powerful about seen young Black boys holding the book up, shoulders square, chin lifted up. They see themselves celebrated in a way they don’t see very much.”