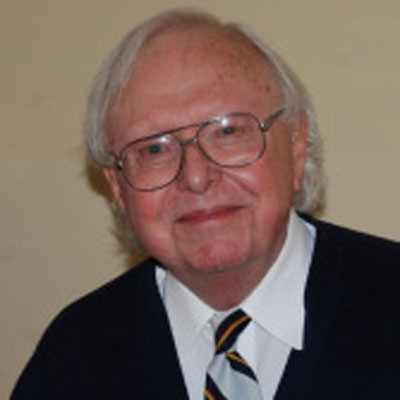 LOUISVILLE — When Houston Hodges — a dyed-in-the-wool rural Texan — accepted a call to serve as associate executive presbyter for the  Presbytery of San Francisco in the mid-1970s, the most daunting part of the job was navigating Bay Area traffic.

The maelstrom caused him so much anxiety and irritation that his wife, Pat, gave him a present: an “engine exploder.” A plastic red button so labeled with adhesive on the back to attach it to the dashboard of his car, the instructions were simple: “When you spot a car driving horribly, push the button and picture the car’s engine exploding and coasting to the side of the road in a cloud of blue smoke.” Pat swore that Houston’s “engine exploder” did wonders for Houston’s temper and blood pressure. He wore the print off the button.

Hodges was expected to follow in the family newspaper business, but Austin Presbyterian Theological Seminary intervened, and then service in small churches across the state of Texas after his ordination in 1954. In the late 1960s he embarked on a career in executive service, starting in Winnipeg, Canada, serving a presbytery of the Presbyterian Church in Canada. After a number of years in the Presbytery of San Francisco, he moved to Huntsville, where he served North Alabama Presbytery until his retirement in 1994.

To many computer-geek Presbyterians, Hodges was well-known as one of the founders of “Ecunet” in the early 1990s. Ecunet later morphed into “PresbyNet,” the seminal computer communications network that set the standard for many other denominations and other non-profits. Hodges continued for much of the rest of his life to be a major force in dragging the Presbyterian Church (U.S.A.) into the electronic communications age.

He barely slowed down in retirement, serving as Parish Associate at Big Cove Presbyterian Church in North Alabama Presbytery, where he was much beloved as a teacher and preacher. For several years in the late 1990s and early 2000s Hodges served as editor of “Monday Morning” magazine, a popular print forum for pastors that, ironically for Hodges, went out of business as electronic communication rose to prominence.

In 1998 Hodges published “Circle of Years: A Caregivers Journal” (Morehouse Publishing, 1998), which chronicled his experience of accompanying his aging mother through her final years. Betty Hodges died in 1997 in her late-90s in Littlefield, Texas. The book came out just before the 1998 General Assembly, where Hodges was kept very busy signing copies of the tome. In 2016, Hodges received a Lifetime Achievement Award from the Presbyterian Writers Guild.

“We join with all the saints (and there are many!) who were impacted by Houston’s life and ministry and we are grateful for his faithful witness to the gospel,” said the Rev. Christie Ashton, Stated Clerk of North Alabama Presbytery. “We give thanks that Houston’s baptism is now complete even as we grieve.”

The last few years were not kind to Houston Hodges healthwise, but his indomitable faith and gentle humor never left him. In 2013, facing open heart surgery, he wrote a column for the Huntsville Times: “I am intrigued that the only person who multitudes claim came back from death gave no report whatsoever about what it was like. It’s asserted that he was ‘dead as a doorstop,’ but on his reported return he shared no smidgen of information about what three days dead was like, so we have to go on what he didn’t say, or what we can guess.”

After a few random and clearly unsatisfactory speculations, Hodges concludes: “Could it possibly be that leaving life is the best part of living it? Slow, easy, soft, gentle … drifting off, floating, soaring … easy, easy, quiet, safe: there, there, it’ll be all right. That would be fine.”

May it be so, dear friend. Memorial service arrangements are pending.

The Rev. Jerry Van Marter is stated clerk for Mid-Kentucky Presbytery and is the former coordinator of Presbyterian News Service. Together with his friend Houston Hodges, he was the recipient of a Lifetime Achievement Award given by the Presbyterian Writers Guild during the 222nd General Assembly held in 2016 in Portland, Oregon.