For 40 years, the Rev. David Vines Miller faithfully served the PC(USA) in Africa 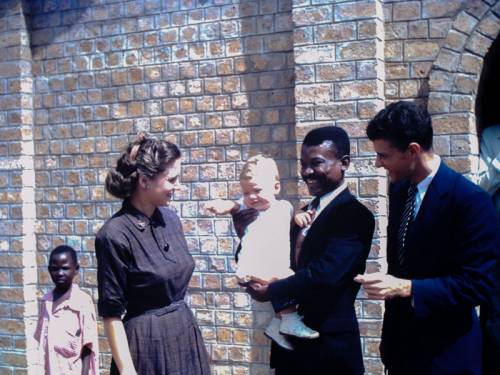 Polly Miller and the Rev. David Miller, right, celebrate the baptism of their firstborn, David, at the Luebo church in Central Congo in 1955. (Contributed photo)

LOUISVILLE — “Dave believed so strongly that in life and in death, we belong to God,” said Mary Katherine Robinson, pastor and head of staff at Black Mountain Presbyterian Church in Black Mountain, North Carolina, the home church of the Rev. David Vines Miller and his wife, Polly, since their retirement from mission service in 1994.

“As a missionary of the Presbyterian Church (U.S.A.) for 40 years in Africa, he spread that good news all over Congo, Lesotho, Zimbabwe and every corner of the world he touched!” Robinson said of Miller, who died at his home in North Carolina, surrounded by family members, on Dec. 23, 2019, at age 93. “Even though our hearts are broken over the loss of this vibrant and faithful servant of God, may we continue to be a people of hope as we witness to the resurrection.”

As a reflection of his character and relationships, Miller’s African friends and colleagues gave him the Tshiluba name “Tshisuabantu,” which means “Lover of People.” 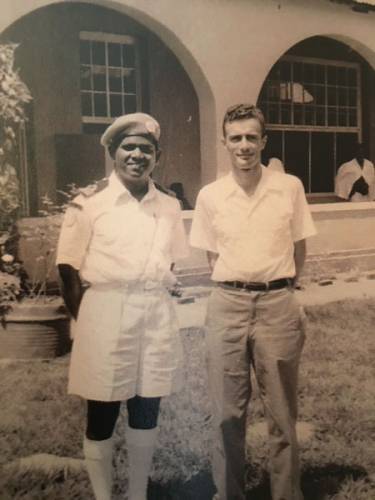 “Dave always found a way to bring humor into all our lives,” Robinson said. “Even as we grieve, I pray that we may remember his laughter and his witness to the light of Christ in the days ahead.”

Miller grew up on his family’s farm near Johnson City, Tennessee, and enlisted in the U.S. Navy immediately after high school graduation. From 1944-46 he served in the Pacific aboard the battleship Indiana.

Miller attended East Tennessee State University and Davidson College, graduating in 1950. Transferring to Davidson as a junior, Miller quickly demonstrated extraordinary leadership, singing in the chorus, running on the cross-country team, working on the student newspaper, being elected president of the literary society and the honorary fraternity council and being inducted into the national leadership society. In 2000, during his 50th class reunion, Miller was honored as a Distinguished Alumnus and presented with the John W. Kuykendall Community Service Award by the Davidson College Alumni Association.

Between college graduation and entering Union Presbyterian Seminary in Richmond, Virginia, Miller devoted a year to visiting colleges and universities throughout the Southeast to speak with students about mission work opportunities overseas. He and Polly were married in 1952. After completing seminary in 1954 and his becoming a member of Holston Presbytery in East Tennessee, the Millers began their career as missionaries of the PC(USA). 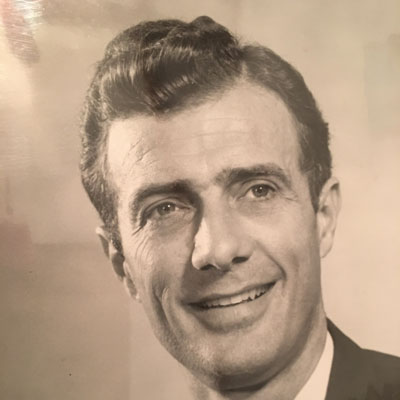 After a year’s study at the Colonial School in Brussels, Belgium, the Millers’ first assignment took them to Luebo Station in the Belgian Congo. It was the first mission station established by the American Presbyterian Congo Mission in 1891 by the Revs. William Sheppard and Samuel Lapsley.

During their 23 years in the Congo, Miller served as an itinerating pastor, Bible school teacher, high school principal, translator, builder, and defender of Congolese trapped in the tribal wars of 1959-61. He was also director of the Evangelism Department of the Presbyterian Church in Congo, and twice served as Moderator of that church.

A Davidson College news article from 2000 said that Miller “may be the only Davidson alumnus who has lived through two revolutions and had a bomb thrown into his home!”

Miller also served as the PC(USA)’s Africa field secretary and, for 17 years, as regional liaison for Southern Africa, which included 11 countries. For a dozen years, in addition to his regional liaison responsibilities, Miller served as pastor of a six-church parish, as projects officer for the Lesotho Evangelical Church Synod and as chaplain at the National Teachers’ Training College. 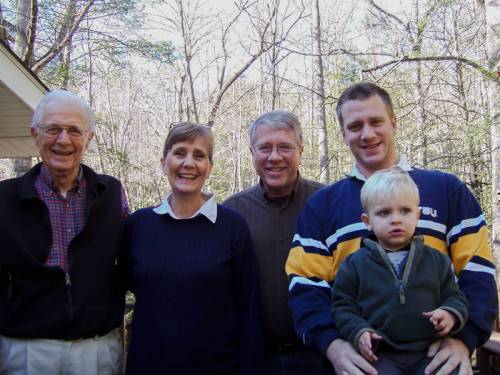 From 1989 until his retirement in 1994, the Millers lived in Harare, Zimbabwe, where he was regional coordinator for the PC(USA)’s Project of Evangelism, Church Growth and Theological Education in Southern Africa. In a letter dated Jan. 26, 1994, just weeks before the Millers left Zimbabwe, Hugh S. Clements, presbytery clerk and administrator for the Presbytery of Zimbabwe, wrote of his appreciation for Miller’s years of service:

“It is not given to many of us to become legends in our own lifetime, but certainly you are the exception, David. At your farewell party the other night, some of us were discussing the fact that wherever one travels in Southern Africa’s Presbyterian circles, sooner or later your name is bound to crop up.

“There have been many areas of our denomination’s work in Zimbabwe where you have seen a need and have been instrumental in channeling funds to meet that requirement. But perhaps the area where your work in this country will be best remembered for many years to come is through your provision of funding by the PC(USA) for church buildings of various types throughout the length and breadth of Zimbabwe. I believe that these ‘living stones’ will provide a very fine and fitting memorial to the hard work you have undertaken on God’s behalf with such noteworthy diligence and success.”

When David and Polly returned to the U.S., settling in Black Mountain, North Carolina in 1994, Miller continued to itinerate throughout the PC(USA), encouraging mission involvement. He was a member of the board of the Presbyterian Heritage Center in Montreat for several years and was instrumental in procuring and organizing mission documents and artifacts at the center. 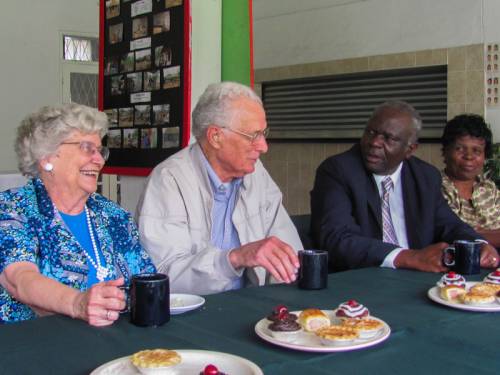 On a visit to Africa in 2012, the Millers share a laugh with the Rev. Jonah Masaka, pastor of a Presbyterian congregation in Harare, Zimbabwe. (Contributed photo)

Miller’s daughter, Nancy (Miller) Dimmock, and her husband, Frank, have also devoted their careers to mission service, much of it to public health ministries in Africa, especially the health and well-being of children.