Based on new guidelines, pastors are now carefully editing their sermons 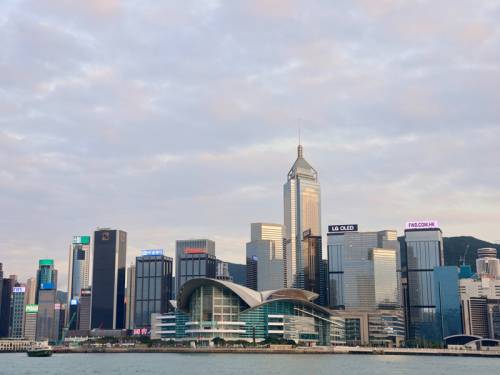 Hong Kong is one of the world’s most significant financial centers, second only to New York. (Stock photo)

LOUISVILLE — After hundreds of thousands of people took to the streets last summer to protest a new extradition law, Hong Kong is now facing the possibility that any further protests could result in serious consequences.

A May 28 resolution passed by the Chinese government in Beijing set up the legal framework to prevent and punish acts of “subversion, terrorism, separatism and foreign interference” in this city of nearly 8 million people. It also allows mainland China security agents to operate in the city “as needed.” The provision of national security legislation is required in Article 23 of Hong Kong’s Basic Law. A previous attempt to introduce the legislation in 2003 sent nearly half a million protesters to the streets for weeks.

It was never an issue again, until it was quietly passed in the spring by the Chinese government. Many residents believe this is just the first step to tighten the country’s civil liberties and assure loyalty to the party.

The security law is broad and includes 66 articles and more than 7,000 words. It is clearly directed at the antigovernment protests over the last year and outlines harsh penalties for the tactics used by demonstrators.

For instance, under the new law, damaging government buildings is considered an act of subversion punishable by life in prison in “grave” cases. Remembering when protesters shut down transportation during protests last summer, doing that again under the new law is a terrorist activity also punishable by life in prison if there is significant damage to property or harm to individuals.

In addition to broad strokes, many observers believe that the law is intentionally ambiguous, giving the Chinese government the power to target activists and protesters who criticize the ruling party.

Under the security law, Beijing has given itself wide latitude to interfere in Hong Kong’s legal affairs, with little scrutiny. The legislation creates a formidable network of security forces that answer only to Beijing. There is now a national security committee in the Hong Kong government and a national security office filled with mainland Chinese officers stationed in Hong Kong and handling cases according to the policies of the mainland.

Pastors are beginning to take down recordings of their services from the web and exercise caution about what they say in their sermons. One church pastor has already received a complaint letter and warning.

“We are also extremely concerned that this action will exacerbate the existing deep divisions in Hong Kong society; the law does nothing to build mutual understanding and foster reconciliation within Hong Kong,” Han said.

“It will be necessary to make a careful review of governance, church policy, statement of faith and legality in order to make sure that they are in alignment with what the church wants to see as its current mission in Hong Kong,” she added.

“Christ is not just to be found within the walls of a church building, but in the needs of a society to be able to flourish in all aspects of its humanity and justice,” she said. “There will be plenty of need for the church in Hong Kong’s future and if eventually it is forced to be silent on matters deemed to affect politics, it can still fill a very influential role in society.”

While the Hong Kong government, under the leadership of Carrie Lam, has offered reassurances that the new law is for the long-term protection and stability of the city, many are far from convinced.

Under the “One Country, Two Systems” policy, Hong Kong retains limited democracy and civil liberties despite being under Beijing’s authority.

On July 1, 1997, Hong Kong officially reverted to Chinese sovereignty, ending 156 years of British rule and becoming the Hong Kong special administrative region (HKSAR) of the People’s Republic of China. Hong Kong was promised a high degree of autonomy and the continuation of certain rights and freedoms for 50 years after the handover. For example, the city has freedom of speech and of the press, freedom of movement, freedom of religion, and freedom of association and assembly far beyond what is allowed in mainland China. An independent judiciary and the rule of law are also hallmarks of Hong Kong’s legal system.

But with this new law, many in Hong Kong feel that they are being fast forwarded to 2047. Some are looking to the international community for support and escape to places like Taiwan and Great Britain. Taipei has created a Taiwan-Hong Kong Service and Exchange Office to help those wishing to settle there, while being very clear they do not condone illegal immigration.

The UK government has also created policies and an immigration route to enable Hong Kong residents and their immediate family members to move to the United Kingdom to work and study.