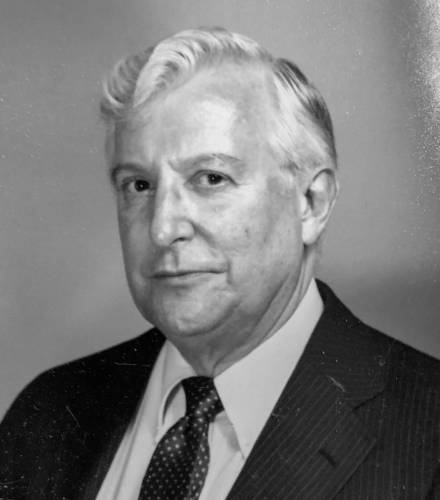 LOUISVILLE — The Rev. Dr. George Edward Todd, whose Army unit liberated a German concentration camp near Buchenwald during World War II and who then spent the rest of his peacetime career fighting for social justice, died following a short hospice stay Jan. 14 at the age of 93.

His memorial service will be at 2 p.m. Saturday, Feb. 23, at James Memorial Chapel at Union Theological Seminary in New York City. The Rev. Trey Hammond, a longtime family friend, will officiate.

“You would expect,” Hammond said about George and Kathleen Todd as the two were accepting the Presbyterian Mission Agency’s John Park Lee Award for lifetime service to justice ministry in 2007, “with Kathy having been baptized as an infant by Toyohiko Kagawa, the great prophetic witness among the poor in Japan; with George having been shaped by the crucible of World War II; and with their marriage blessed by the great theologian and social critic Reinhold Niebuhr that they would lead lives deeply immersed in the events of the day. And have they ever!”

During the early 1950s, George Todd joined the newly formed East Harlem Protestant Parish in New York City, where he and others committed to social justice activism created a ministry built with and for the residents of New York City’s East Harlem. EHPP garnered national and international attention for its progressive mission, inspiring mainstream churches to take seriously their responsibilities in the inner city.

In 1959, he and Kathy moved to Taiwan, where George served as a missionary teaching at Tainan Theological Seminary. He had Saul Alinsky’s classic community organizing book, “Reveille for Radicals,” translated into Taiwanese, and promoted indigenous Taiwanese art and music in Christian worship.

Four years later, he became director of the Department of Urban and Industrial Mission at the Presbyterian Board of National Missions. There he was instrumental in the Presbyterian Church’s 1960s work on civil rights, urban engagement, economic justice, ecumenism, labor organizing and the creation of urban training institutes. He befriended Alinsky, and with his help created the emerging congregation-based community organizing movement.

He moved to Geneva, Switzerland, in 1974 to work for the World Council of Churches as director of the Office of Urban and Industrial Mission, supporting the efforts of European and U.S. churches in developing countries, especially those with colonial legacies. He directly supported the causes of such social activists as Desmond Tutu, Cesar Chavez, Nobelist and Korean President Kim Dae-jung and former Zimbabwe President Canaan Banana. More important to George, his obituary states, were the people working at the grassroots level in their local communities on the front lines of social justice.

After a five-year term running a progressive foundation in Chicago, he and his wife returned to New York City, where he became executive presbyter of the Presbytery of New York City. He worked with racially and ethnically diverse congregations and communities to address pressing urban issues including homelessness, housing and public education.

“If I were going to write a book on their lives,” Hammond wrote about the Todds a dozen years ago, “I would title it ‘A View of the World from 21G,’ which is where they live in the Morningside Gardens, a cooperative on the Upper West Side of Manhattan … From it, you can see the places that have shaped their lives – East Harlem, the Interchurch Center, Union Seminary and Riverside Church. In any given month, people came from all over the country and the world to visit the Todds and tell stories and conspire about the world as God intended.”

Todd is survived by his wife, four children and four grandchildren. One son, John, said that in retirement, his father loved exploring New York City art and theater, “from the mainstream to the avant-garde.”

His particular passion was Shakespeare, and John tells this story:

“Even as his hearing declined, he attended every performance of a week-long festival of ‘Hamlet’ performed by various theater groups, always conspicuous in the front row with his hand at his ear straining to listen.

“At the last performance the actors honored him by stepping off stage to present him with Yorick’s skull … Through his example, George inspired in his children and especially his grandchildren a great love of the arts as well as a commitment to social justice.”