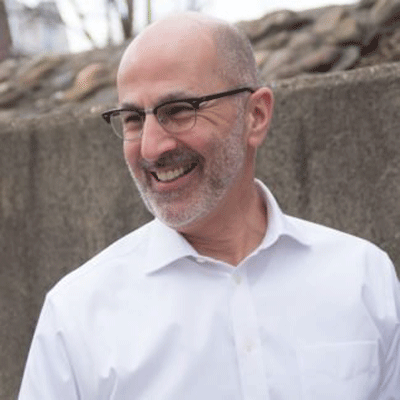 LOUISVILLE — The numbers put up by The Pittsburgh Promise over the last 13 years are astounding: to date, the organization has funded higher education for 10,635 students, helping them attend 142 institutions by raising more than $160 million in scholarships. Students are awarded $5,000 in scholarships annually for their four years of post-secondary education, with a series of support systems in place to make sure they’re grounded even as they study toward securing a credential.

The Pittsburgh Promise’s founding director, the Rev. Saleem Ghubril, was the guest Wednesday of the Rev. Dr. Lee Hinson-Hasty on Leading Theologically, a Facebook Live broadcast put on twice each month by the Theological Education Fund of the Presbyterian Foundation. Watch their conversation here.

Ghubril told Hinson-Hasty the story of his harrowing departure from Lebanon, where he was born and lived the first 16 years of his life. In the early months of that nation’s civil war, his brother was kidnapped and then returned, his family’s home was bombed, and “our family took some casualties.” One night his father, an accountant at the U.S. embassy in Beirut, woke Ghubril and his brother up and told his sons, “We’re leaving.” The family was sneaked into the convoy being used to evacuate American citizens and left their war-ravaged country.

Ghubril recalled the first prayer he’d ever uttered a few months before the war broke out, two years before that sudden departure: “God, I want my life to count.”

“I had a lot of peers and friends and some family members whose lives were cut short,” he said. “It wasn’t longevity I prayed for, but fruitfulness.”

He and his family settled in Iowa City, Iowa, where he was thrown out of the first high school and college he attended. “Throughout the dumb season of my life when I was making stupid choices, there were caring adults in my life who gave me multiple, multiple, multiple second chances,” he told Hinson-Hasty.

Thus the “God, I want my life to count” prayer “remains my consistent prayer,” he said.

He may not know each of the 10,635 Pittsburgh Promise scholars, “but I do know several hundred of them, some quite well,” Ghubril said. “I have officiated the weddings of four of them and I look forward to baptizing their children if the opportunity comes up.”

Ghubril said he was privileged to speak during the funeral of another Pittsburgh Presbyterian pastor, Fred Rogers. He also counts Dr. John M. Perkins, the 91-year-old pastor and civil rights leader from Mississippi, as a mentor and friend.

“He’s been a champion of racial healing in Jackson and Mississippi and across the country,” Ghubril said. “He is the absolute champion of faith and community development converging into one stream.”

The key that allows opportunity for young people is access to education, Ghubril said, but education toward a credential — whether it’s a four-year or higher degree or some other certification — is much less affordable than when Ghubril began attending the University of Iowa in the late 1970s and, later, the University of Dubuque Theological Seminary.

As an undergraduate, Ghubril said he could finance the cost of the upcoming year in college by working 500 hours over the summer at minimum wage. These days, a student needs to work 1,700 hours at minimum wage to cover those expenses.

“We’ve made it impossible for young people who don’t have access,” he said.

When Hinson-Hasty asked Ghubril to share a favorite story, his face brightened.

One fall he delivered a talk to the seniors at a Pittsburgh high school, where he told students they could qualify for a scholarship from The Pittsburgh Promise with a 2.5 grade point average. After the talk, a student approached him. “I have a 1.9 GPA,” the student told him. “Do I have a shot at this?”

Nine months later, Ghubril spoke during the school’s commencement. The same student grabbed him backstage and said, “I did what you told me to do. Now are you going to do what you said you’d do?”

“I invited him to come to my office the next day, which he did,” Ghubril said. “He brought his report card and, lo and behold, straight A’s, and the math did work.”

That student, who’d been living with his mother and six siblings in public housing, studied engineering at Penn State. He got married and has three children, and he’s able to support his siblings.

“It’s just kind of fun to see that,” Ghubril said.

“Thank you for that witness you are providing,” Hinson-Hasty told Ghubril before asking him to provide a blessing and charge for those tuned in.

Since “we are surrounded by rivers in Pittsburgh,” Ghubril chose Amos 5:24 as his text: “But let justice roll down like waters, and righteousness like an ever-flowing stream.”

“Let righteousness flow from everything you do,” Ghubril told listeners, “and reach everyone you care about.”