Christmas Joy Offering – Supporting our leaders: past, present and future.
Make A Donation Click Here >
Home › Feeling like you belong 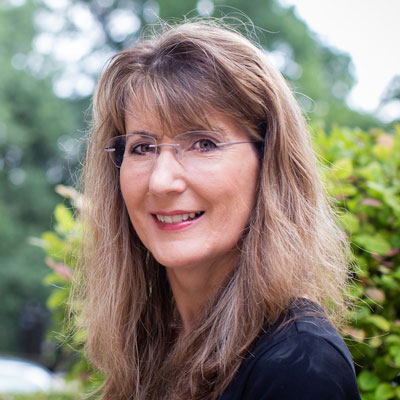 “I feel like I belong when I come here,” Rigby told the crowd attending the hybrid event on welcoming LGBTQIA+ people to the churches of the Presbyterian Church (U.S.A.). The day-long conference was put on by the Covenant Network of Presbyterians and sponsored by the three presbyteries of Oklahoma: Indian Nations Presbytery, Eastern Oklahoma Presbytery and Cimarron Presbytery. “I think all of us struggle with this idea of belonging.”

As a child, Rigby marveled at “seeing people excited and joining together in communities of solidarity. What I see now is people are less apt to be in community and are more siloed.” While some of that is Covid related, a larger part is cultural.

Years ago, in between seminary and her doctoral work, Rigby served as Pastor of Special Ministries with the United Church of Christ in the Philippines in Cagayan d’Oro City, Mindanao. “I remember seeing how communal they are. They don’t have a word for ‘privacy,’” Rigby said.

One day she was sick to her stomach and couldn’t find a private bathroom. “I ran out onto the beach to throw up. The Filipinos ran out with me and held my hair back and rubbed my back.” Later, Rigby said, “I tried to explain about privacy. They said, ‘That sounds terrible.’”

Faith, as the writer of Hebrews assures us, “is the assurance of things hoped for, the conviction of things not seen.”

Rigby said she’s struggled at times to understand what the writer of Hebrews meant by those two phrases explaining what faith is: “the assurance of things hoped for” and “the conviction of things not seen.”

Years ago, as a member of the Workgroup on Constructive Theology, she and others were worried about who’d be the next U.S. president and whether they should move to Canada if the Electoral College selected the wrong candidate. Their African American colleagues had a firm musical reply: “Oh no we’re not! We’ve come this far by faith,” they told their white siblings, breaking into the hymn of the same title.

“When they started singing, I thought, these friends of mine have a greater faith than I do,” Rigby said.

For a time at Austin Seminary, Rigby found herself teaching a group of Laotian students once a week. Each of them had been imprisoned for their faith. “I said, ‘I feel so humble teaching you. I could never do that,’” Rigby said. “They would say, ‘Oh yes you would. If you were there, you would. Please go on with your lecture.’ They were so confident because they had hope.”

Hope is “not something that is only chronological. It’s not only an eternal dream either,” Rigby said. It was Princeton theologian Geerhardus Vos who said a century ago we live between the now and the not yet, and so “hope is not only linear, it’s also eternal,” Rigby said. “If it were only linear, we would give up, I think.”

It was the Rev. Dr. Martin Luther King Jr. and others who rejected that thinking, Rigby said. “Dr. King didn’t agree with that,” she said. “He said, ‘We aren’t going to stop until not one is missing.’”

Is proximate justice hope? Is it faith? “I learned from James Cone in ‘The Cross and the Lynching Tree,’ who was very influenced by Reinhold Niebuhr. Cone said, ‘When you argue for proximate justice, you have given over to the power structure,’” Rigby said.

“Niebuhr said we have to develop a plan and actualize it in the present. He was sick and tired of Christians saying, ‘All will be well’ without doing anything,” Rigby said. “People say theology is impractical. Sure it is, but that doesn’t mean it’s irrelevant to our lives. The hope is bigger than us, and so we participate in something that is real even though it looks foolish. By the power of the Spirit, we can believe the unbelievable.”

Theologians like Jurgën Moltmann say “we understand time chronologically, but God breaks into it. When we pay attention to God’s promised kingdom or kin-dom, we will walk around as people of hope with anguish and impatience,” Rigby said. “We want it so bad it makes it painful to be here, but we can’t give up because we are people of hope.”

Read a story about the sermon delivered Saturday by the Rev. Brian Ellison, executive director of Covenant Network of Presbyterians, by going here.