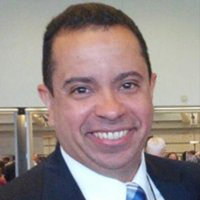 LOUISVILLE — As the Rev. José González-Colón was preparing his keynote speech for this year’s Peace Breakfast, his drafts were left in tatters by a fast-changing world rocked by protests and a pandemic raging in the midst of climate change.

The finished speech, delivered Wednesday via Facebook, brought the Book of Revelation together with the stark realities of a world that he believes is reaping the bitter harvest of Christian indifference, along with overdependence on fossil fuels believed to contribute to global warming.

Communities all over the world — in places like Bangladesh and Central America — “are losing their homes because of a voracious appetite and thirst for oil fuel,” said Gonzalez-Colon, past moderator of the Synod of Boriquen, Puerto Rico.

Poor people are typically affected first, he said. “Gradually, however, it’s now affecting the next tier of the social ladder. You may live in a nice suburban neighborhood, but all of a sudden, one of your loved ones is unexplainably sick” because of a refinery, mine or pipeline.

The Presbyterian Church (U.S.A.) is partly to blame for these calamities, he said, for not categorically divesting from fossil fuel corporations.

“Our decisions, though we may think are restricted uniquely to the Presbyterian Church, they have very public consequences,” he said.

The Peace Breakfast, an element of Presbyterian Peace Camp, was put on by Presbyterian Peace Fellowship, a parachurch group that has advocated for PC(USA) to divest entirely from fossil fuels, a topic that is not expected to be taken up during this weekend’s shortened plenary sessions of the 224th General Assembly (2020).

Presbyterian Mission Responsibility Through Investment (MRTI), one of the church’s formal ministries, has favored a strategy of corporate engagement to try to influence companies’ policies on greenhouse gas emissions and other concerns. This was to be the year MRTI was recommending three companies — Exxon, Marathon, and Valero — be added to the General Assembly’s divestment/proscription list. But the pandemic led to a streamlining of the agenda and moving GA online.

During the breakfast, González-Colón argued that “we need to divest because we need to change. We need to repent from the way we do our business. Our behaviors put us in places of heavy burdens in communities we do not even know, whether they are in the Dakotas, whether they may be in some mine in Chile, or in a refinery in Port Arthur, Texas.” 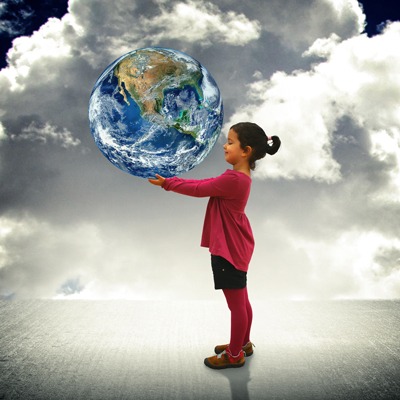 His speech, “A Planet to Save and Very Little Time,” was the centerpiece of the breakfast, which also included awards presentations and remarks by Rev. Dr. J. Herbert Nelson, II, the Stated Clerk of the General Assembly of the PC(USA), as well as others. The breakfast normally is held in person, with a standing-room-only crowd, but had to go virtual because of the pandemic.

“Now we find ourselves here in this unusual gathering because of a pandemic that is caused by human misbehavior,” said González-Colón, pastor of the Iglesia Presbiteriana en Hato Rey. “Xenophobia, in the form of racism and environmental degradation, are the reason we cannot gather in person at this year’s General Assembly. And yet our leadership has yet to see the light in our effort to decouple ourselves from industries responsible for propagating these issues that haunt us today because, unfortunately, some believe that this is just a matter of social justice.”

González-Colón used Revelation 3:14-17 to hammer home his call for repentance.

In those passages, “the revelator chastises a Christian community for their indifference. Listen to this: I know your works. You’re neither cold nor hot. I wish that you were either cold or hot. So because you are lukewarm, neither cold nor hot, I’m about to spit you out of my mouth, says the Lord, for you say, I am rich, I have prospered. I need nothing. You do not realize that you’re wretched. You’re pitiable, you’re poor, you’re blind, you’re naked. Friends, now that’s the truth.”

He said repentance is not taking place because “we have been convinced that there is no other way to preserve our way of life without fossil fuels. And there you have the false idol, the false sense of prosperity, the false sense of security that we’re dealing with inside and outside the church. It’s the pharaoh, the enslaving pharaoh, of our day.”

He also discussed the connection between the planet’s environmental crisis and racism.

Communities of color have to deal with the fact that “climate breakdown makes us even more sick, makes us poorer and even more miserable,” he said, lamenting that “the COVID-19 pandemic is showing us how the Navajo, African-American, Latinx communities show a disproportionate level of infections in the U.S. today.”

He said the pandemic began with the invasion of frontier land inhabited by species of animals that were protective against viruses and that hunting them down for profit or food opened a Pandora’s box.

Circling back to divestment, he asked breakfast goers to do some self-examination: “When you watch the news, are you just going to send a love offering? Plan a mission trip? Send prayers and concerns in a thoughtful Hallmark card? Or are you going to truly, truly, truly take concrete steps to correct the wrong? This is our chance. This is our moment to correct the wrong.”

He also made it clear that, in his eyes, there is a role for individual churches to play. “Our call for categorical divestment is not only the domain of our General Assembly but rather it’s a pastoral challenge in our congregations,” he said. “We already have tons of people in our churches that can take the lead if we simply open the floodgate.”

To hear the entire speech and see other happenings at the breakfast, go here.