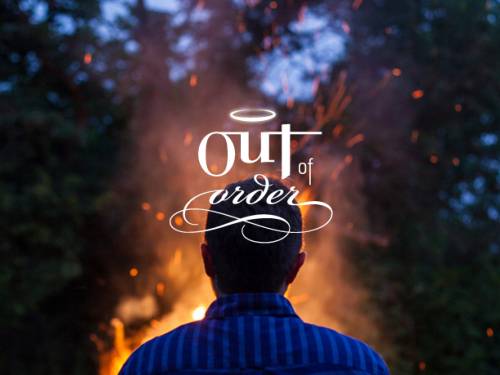 LOUISVILLE – “For decades, lesbian, gay, bisexual and transgender pastors could face judicial charges within the church.”

These words are part of the opening screens of the recently released documentary, “Out of Order.” The title sequence describes the years-long debate within the Presbyterian Church (U.S.A.) that ultimately led the denomination’s highest governing body—the General Assembly—to approve an official path to ordination for lesbian, gay, bisexual, transgender and queer (LGBTQ) persons at its 2010 gathering. The decision was affirmed by a majority of the church’s regional presbyteries in 2011.

Filmmaker Amanda Bluglass heard about the struggle through the wife of one of the film’s subjects, the Rev. Mieke Vandersall, founding pastor of the Not So Churchy worshiping community in New York City. Bluglass was intrigued by why, after so many years of struggling to be fully accepted as a gay minister in the PC(USA), she chose to remain.

“I found the determination of these pastors inspiring and bewildering—that people who had been so rejected would even want to stay in the church,” says Bluglass. “As the years of filming unfolded I began to realize the courage to stay was deeply rooted in the Christian values they shared. This was their home and they belonged here. This is that story of love and acceptance.”

Vandersall, one of the first openly gay persons to be ordained in the PC(USA), is co-founder of the LGBT Community of Future Pastors and former executive director of Parity (previously known as Presbyterian Welcome), an organization that offered training and connection opportunities for other LGBTQ clergy as they navigated the former restrictions on their ordination to ministry.

“It’s a film of hope and a film of the beauty and strength of community,” she says. “To see these people that I’ve loved so dearly come together on screen like that [lets] others see that they are beautiful people too. It’s a testimony to what can happen in communities that are being marginalized when they come together to find their strength and find their voice—no matter what that community is.”

The Rev. John Russell Stanger, a current Marriage and Family Therapy student at Louisville Presbyterian Theological Seminary and former director of Parity, was the first openly gay person ordained in Texas. His involvement in the film came through his longtime friendship with Vandersall. He says the filmmaker was interested in telling the story of the family support he received, having grown up on a cattle ranch in Texas.

“I come from these country people who you never see affirming their gay children,” he says. “We agreed it was important for [my part in the film] to be about my family and the people I come from—to show that kind of affirmation and closeness and loving was still possible. I grew up so isolated and didn’t have any idea that actual gay people existed—that they lived any kind of healthy life… It was important that we could put up a truly positive story from an isolated place that might reach some isolated kid somewhere.”

While the official position of the church is one of acceptance for LGBTQ pastors, not all presbyteries or churches have fully embraced this welcome. Congregations and presbyteries are free to call pastors of their choosing and Vandersall believes discrimination based on sexual orientation still happens broadly. Yet she’s hopeful a new generation of leaders will find a different approach.”

Even as gains are made for many, she believes transgender inclusion in the ordination process is the next milestone for the LGBTQ community.

“There’s so much lack of understanding,” she says. “Trans people are more visible in the world today. Trans folks are on television more than they used to be. But we don’t really understand the difference between gender identity and sexual orientation. We have so much more educational work to do. When you educate yourself on trans issues and the things trans folks encounter on a daily basis, it changes how we have to have church. Like, can they go to the bathroom here? And when we talk about ‘brothers and sisters in Christ,’ is that excluding for some?”

Bluglass didn’t shy away from approaching those who disagree with the General Assembly’s decision, even inviting Carmen Fowler LaBerge, president of the Presbyterian Lay Committee, to have a part in the film. Fowler LaBerge, a former pastor in the PC(USA), says she “set [her] ordination aside” in 2011 when the denomination declared itself open to gay clergy.

“[My ordination’s] value had completely disappeared,” she says in the film, after being asked if it was “awful” to renounce her ordination. “It was not a difficult decision at all.”

Fowler LaBerge appealed to the authority of the Bible and called public opinion regarding the acceptance of LGBTQ clergy “a horrible barometer of what the church ought to be doing in terms of moral leadership.”

Vandersall is appreciative Fowler LaBerge’s perspective was offered in the film—not only for context, but because of her understanding of the connectional nature of Presbyterianism.

“Through the process of this film—partially because of this film—I was encouraged to have conversations with people who didn’t agree with me,” she says of her time with Fowler LaBerge. “I really did enjoy spending time with her and getting to know her, and finding places where we actually have similarities.”

As an example, Vandersall points to the close friendship she developed with Paul Detterman, former executive director of the Fellowship Community, a group of conservative Presbyterians that has decided to stay within the denomination.

“Paul has become one my best prayer partners—strangely enough,” she says. “I am really grateful for these relationships. We didn’t leave this denomination that we call home when we were told ‘no.’ It’s sad to me that people think they need to leave just because [LGBTQ pastors] exist and we are affirmed in our existence—that God made us. It’s grievous to me that some believe they need to leave the PC(USA), and I’m grateful for the Pauls out there that are not leaving, and are staying in relationship.”

And relationships, says Stanger, are the key to understanding the film and how LGBTQ leaders and members have endured much, and fought many battles, in order to stay in the church.

“This film’s point of view is extremely human and character-centric,” he says. “The subject of the film is that the church has been a source of conflict, not our identities. The conflict is in being asked to explain ourselves, but for us it’s a sense of vocation and call around who we are as LGBT people that is a very spiritual reality… [The documentary is] a beautiful gift to the church that’s not trying to make some A-to-Z argument.”

Other screening dates and requests for screenings can be found at the documentary web site.