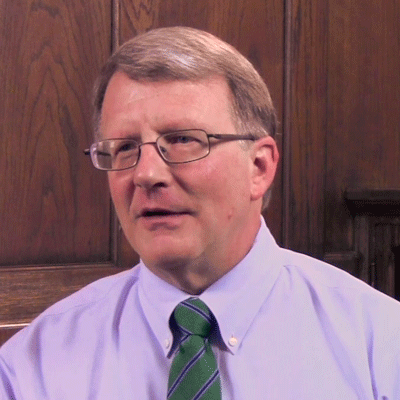 LOUISVILLE — The Rev. Dr. Mark Achtemeier, who a few years ago changed his view completely on whether to fully welcome LGBTQIA+ people into the life of Presbyterian Church (U.S.A.) congregations and mid councils, including leadership, calls these Bible passages “The Clobber Texts”:

Achtemeier, a retired pastor and professor at the University of Dubuque Theological Seminary, led a workshop Saturday for Covenant Network of Presbyterians’ Covenant Conversation, held at Trinity Presbyterian Church in Charlotte, North Carolina, and also online. Achtemeier, the author of “The Bible’s Yes to Same-Sex Marriage,” also joined a panel discussion on how to provide welcome to all.

“Conservatives say, ‘The Bible has spoken. The Bible says it, I believe it, and that settles it,’” Achtemeier said. “Making arguments for gay and lesbian inclusion often means debate over the clobber passages.”

One way to do that is to say the passages are outdated, but conservatives “say that plays into their caricature of progressives, that they don’t take the Bible seriously,” Achtemeier said. “Another problem is if we throw out or ignore the parts of the Bible we find objectionable, we wind up so we can’t be challenged by the biblical text, and I for one need to be challenged by the biblical text.”

He described the “vigorous scholarly discussion” that has been made on those texts as something akin to King Kong versus Godzilla. “It’s hard for non-scholars to know what to make of these discussions,” he said. “I found these debates to be not as clear-cut as I would like.”

Eventually Achtemeier found his way through John Calvin, who advised us that God’s law “is to be spiritually understood and interpreted with reference to the purpose of the Lawgiver.”

“What is God’s purpose making love, marriage and sexuality such a big deal?” Achtemeier asked. Consider popular music, which has “so many songs about finding love and losing love. It’s a huge deal in human life. What’s God up to here?” 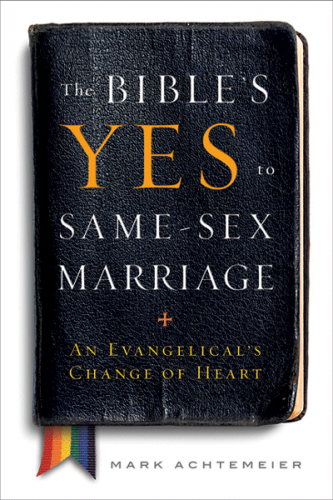 And how does that link up with love, marriage and sexuality?

In Gen. 1:27, “our capacity for marital love and being created in God’s image are placed side by side,” he said. “Here our conservative friends jump in and say the divine image is the product of us being male and female, together. For that divine image to be real, that rules out same-gender relations from the start.”

While “that could be a plausible reading,” it means that Jesus is “a defective example of the divine image,” Achtemeier said, because Jesus is unmarried. According to the Genesis passage, “We are all created with the capacity for intimate communion with one another.”

In Isaiah 62:5 and other places, the Old Testament begins to use marital imagery, explaining “what God’s love for Israel is like,” Achtemeier said. Unfaithfulness to God is also compared to marital unfaithfulness in passages including Jeremiah 3:20.

Jesus’ love for the world, which is Jesus’ bride, is seen everywhere from Matthew 9:15 to Revelation 21:2. Keep in mind, Achtemeier said, that the church is both men and women. “The point remains that a marital kind of love that is not gender dependent is the icon of the kind of love God has for us and that Jesus sows to us,” he said.

Where does this leave us?

“God wants us to become Christ-like and God wants us to grow into Jesus’ kind of self-giving love,” he said. Both Old and New Testaments testify that “an important image of this kind of love is this nuptial communion, the self-giving that comes from the marriage relationship,” Achtemeier said. “It is a very powerful tool which God gives us for fulfilling God’s purpose for us. Marriage is a hugely powerful tool, and it’s not gender dependent. Nothing requires you being male and female in order to grow in self-giving love.”

These clobber passages can be redeemed, according to Achtemeier.

“Egalitarian, self-giving relationships weren’t around then,” he said. While the story of Sodom and Gomorrah “typically gets lifted up as God’s condemnation of same-gender relationships,” the story is rather about “a weaponized rape deployed against foreign immigrants to teach them a lesson: never come back to our city again.”

“Our gracious God has given us remarkable gifts for growing into the image of Christ, and among the most blessed is the gift of marriage,” Achtemeier said. “Let us give thanks these gifts are available to all of us, gay and straight alike.”

He told his story of “being smuggled” into an LGBTQIA+ support group at a conservative college. “They came to me weeping, saying, ‘This is the first time in my life I felt I might be OK with God,’” Achtemeier said. “This kind of thing can be a lifeline.”

It was his perception “that we had lots of people in the PC(USA) before we became more inclusive who had a feeling there was something wrong with barring gay people from the ministry, but they wanted to be faithful to the Bible,” he said. “When they hear this alternative case, it gives them permission to follow their better angels.”

“Reaching the persuadable middle,” he said, “was enough to tip the boat to get rid of constitutional restrictions against LGBTQ marriage and ordination.”