Gifts demonstrate faith, belief in education and commitment to help others 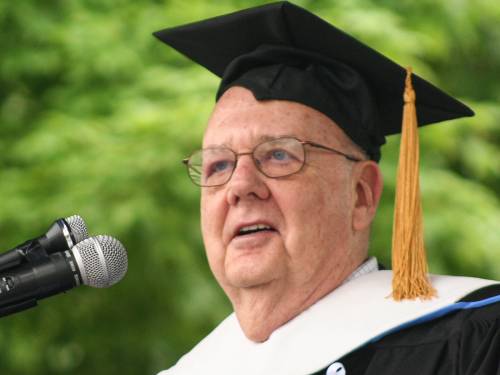 John D. Currie Jr. as he was awarded an honorary degree from St. Andrews University in May 2007. (Photo provided)

COLFAX, N.C. — St. Andrews University and Scotia Village retirement community announced today that the estate of John D. Currie Jr., over the past two years, has distributed gifts totaling more than $2.7 million to the two Presbyterian-based organizations located in Scotland County, North Carolina. Currie was a resident of Scotia Village at the time of his death in 2014 and was a longtime trustee of St. Andrews. The philanthropic legacy Currie leaves behind is a demonstration of his faith, his belief in education and his desire to provide a safety net for his fellow neighbors.

“Once in a great while someone comes along who devotes a lifetime to helping others and then goes on to leave a legacy that will benefit generations to come. Together we celebrate the life, the vision, and the extraordinary generosity of John D. Currie Jr.,” Paul Baldasare, president of St. Andrews University, and Allen Johnson, executive director of Scotia Village, said in a joint statement.

The gift from the Currie estate directed to St. Andrews University has already been used in large part to support academic programs and to make needed capital improvements to the campus; the balance is being used to establish a named professorship. The gift directed to Scotia Village retirement community will benefit the Caring and Sharing Endowment, which is used to provide financial assistance for residents who have outlived their personal financial resources.

“John Currie embodied what it means to be a ‘servant leader.’ As a St. Andrews trustee, he served with wisdom and great passion; as a longtime donor, he gave generously and with enthusiasm to the causes he cared deeply about; and as a friend, he was always there in times of need. St. Andrews could not have had a more loyal trustee and friend than John Currie,” Baldasare said.

“John Currie was quiet yet extremely intelligent. Our conversations were a treat as he would continually challenge my perspective. Mr. Currie believed in the mission of Scotia Village. His legacy gift generously supports the advancement of our mission and confirms that it is worthy of perpetuation. We will strive to honor Mr. Currie’s belief in our important work,” Johnson said. 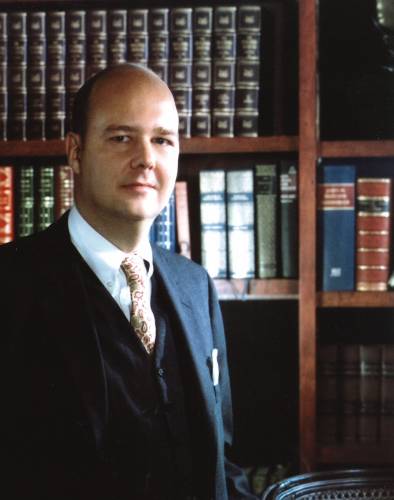 Currie’s family has a significant history with St. Andrews University. Pate Hall was named for his uncle Edwin Pate, Avinger Auditorium was named for his great-aunt Ina Avinger, and the Morgan-Jones Science Building was named for two Scotland County leaders, one of whom was Currie’s cousin, Halbert Jones.

John D. Currie Jr. was born on Aug. 5, 1936, in Fayetteville, North Carolina, the son of the late John Duncan Currie and Mary Pate Currie. He was a graduate of Woodberry Forest School in Virginia, Princeton University and Columbia Graduate School of Business. In his early career, Currie was with The First National City Bank of New York and The First National Bank of Atlanta. He later sold residential real estate in Moore County and was a director of Z.V. Pate Inc. of Laurel Hill, North Carolina, and various other related family-owned businesses. Currie was a member of Brownson Memorial Presbyterian Church in Southern Pines, North Carolina.

A committed philanthropist, Currie spent much of his adult life volunteering for organizations that offered education or other ways of improving the quality of life in the communities where he lived. Among his many commitments, he was a long-term member of the Princeton University Schools Committee, board member of Cape Fear Museum Historical Complex in Fayetteville, and vice chairman of Bethesda Inc., a group home that assists those recovering from substance abuse in Aberdeen, North Carolina.

“I worked closely with John for many years. He never wavered in his passion to help others, especially in the area of education. He made sure his estate would help others for generations to come. John was a very intelligent, generous and caring person,” said David L. Burns, a close friend and business associate.