Creativity is key to providing camp ministry in a pandemic

LOUISVILLE — In a normal year Crestfield Camp & Conference Center would be the summer home for more than 600 youth campers and nearly 3,000 conference and retreat attendees.

But 2020 has been anything but normal.

Christian camps throughout the country have had to rely on creative, outside-the-box thinking for survival through the summer. For Crestfield’s executive director, Gene Joiner, survival mode came head-on: he joined Crestfield in January 2020, and in mid-March the pandemic hit, effectively shutting down the facility.

As an 18-year Christian camp veteran, Joiner is familiar with the pace and nuance of the yearly camp schedule. But the shutdown eliminated that rhythm and normalcy, and he found himself with a lot more reflection time on his hands.

“Camp people get into a rhythm depending on the time of year,” said Joiner. “We were working hard visiting churches and trying to get people excited about camp. Things were going great. Then the pandemic hit, and everything shut down in an instant. That was tough; because we were so new to Pennsylvania our family didn’t have a core support group. But I have four kids who are camp kids, so we had evening conversations about rebuilding the camp experience from the ground up — essentially starting over.” 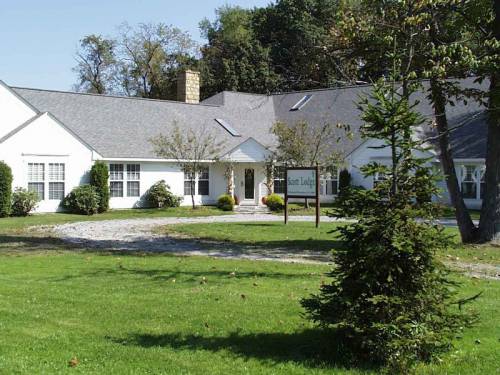 Crestfield’s Scott Lodge is a modern, 24-room hotel-style facility that was opened in the fall of 1999. (Photo courtesy of Crestfield Camp and Conference Center)

Set in western Pennsylvania near Slippery Rock and north of Pittsburgh, Crestfield’s origins date back to 1947. It was created to serve the families of Pittsburgh Presbytery, a covenant relationship that still exists today. Its core mission is to create an environment for people to encounter Christ. But according to Joiner, one result of the pandemic was the realization by camp staff and its board of directors that their biggest mission now was to help neighbors. And as Joiner talked to families, he saw a huge need for moms and dads to have a break.

“We decided to provide a day camp experience for kids to be outside and do social things. We’d never done a day camp before, so we launched the first week with four kids,” said Joiner. “By the end of the summer we served more than 165 kids. It grew by word-of-mouth, people sharing their experience from the week prior. We stepped out on faith and God blessed us immensely with an ability to be significant to our neighbors during a time that we were officially closed for the summer.”

As schools in Pennsylvania and across the country begin their year, many families are transitioning to online learning or non-traditional instruction, which creates a new set of obstacles for parents. During the summer Joiner sustained his conversations with parents about their continued needs, many centered around new school norms. Through Crestfield’s Online Learning Center program, parents who are home schooling, or whose kids are doing online learning through their schools, can bring their kids to Crestfield for a day of supervision. The camp provides a block of time in the morning and another during the afternoon for students to work on their online assignments. There is another block of time set aside for kids to do camp activities.

Crestfield is also partnering with multiple home school co-ops, and currently serves more than 75 families and 150 students by providing space and teaching classes two days a week. A student teaching partnership with nearby Slippery Rock University that would give future teachers face time with students as part of their curriculum is in the preliminary stages. Joiner said he’s hopeful the camp’s new school-based programs will find equal success as was experienced by its day camp model. 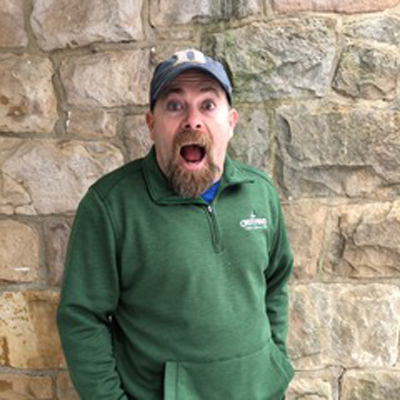 “Virtual learning is a reality of what kids are doing, so as a camp we decided to provide a safe space and give moms and dads an opportunity to do their daily work or spend time with their younger children,” said Joiner. “We’re just trying to extend our day camp success and significance into our off season.”

According to Brian Frick, mission associate for Christian Formation with the Presbyterian Mission Agency, camps have been called to revise and innovate in order to serve the needs of God’s people during the pandemic.

“Reaching out to families to support them as school starts is a great example of creativity and adaptability,” said Frick. “In such a horribly disruptive crisis, need has expanded. Our normal lens for ministry, both in camp and retreat ministry and our congregations, needs to be re-calibrated.” 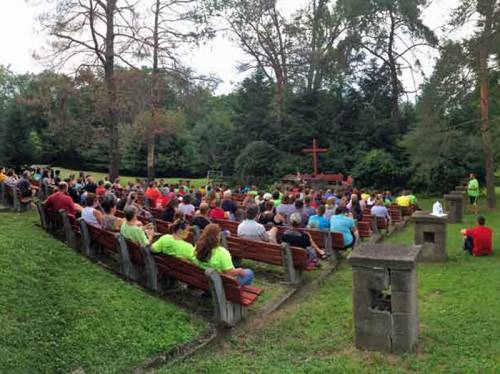 Another Crestfield facility is its outdoor chapel. (Photo courtesy of Crestfield Camp and Conference Center)

Joiner notes that all the programs are following the new social norms and physical distancing rules, and he’s ecstatic that there are new families on Crestfield’s campus who’ve never experienced what Crestfield has to offer — even if the short-term rewards are minimal.

“There isn’t a lot of revenue in what we’re doing now,” admits Joiner. “But the influence we can create by having people on our site is priceless. I believe we can turn this into phenomenal growth for our camping ministry. It’s a time of new self-discovery; it’s a time to reinvent the wheel and push some boundaries. This is also a tough time, but let’s be excited to glorify God and be successful within this opportunity.”

The Office of Christian Formation would love to hear what your camp and retreat center is doing to respond during the COVID-19 crisis. Please contact Brian Frick at brian.frick@pcusa.org with your story.