Share God’s love with our neighbors-in-need around the world through One Great Hour of Sharing.
Make A Donation Click Here >
Home › Congregation celebrates Black History Month by supporting Black-owned businesses 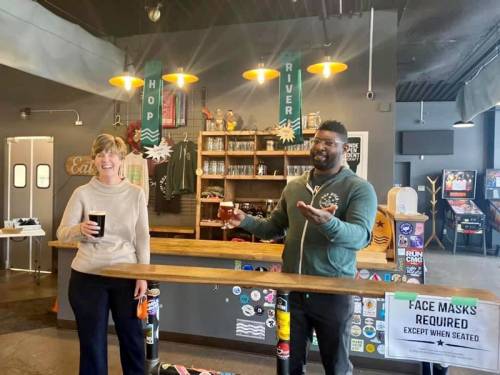 LOUISVILLE — Members and friends of First Presbyterian Church in Fort Wayne, Indiana, are putting their money where their mouth is with their Love Bomb initiative. And for the month of February, they are bombarding Black-owned businesses with their love in support of Black History Month.

Curious as to how the congregation could support the many local businesses and restaurants that had been shut down at the beginning of the pandemic last year, members of First Presbyterian met with the city officials. Following a conversation with Fort Wayne’s Downtown Improvement District last June, the church started an effort it called the Love Bomb.

“We wanted to be able to support these businesses,” said the Rev. Dr. Anne Epling, pastor and head of staff at the church. “First Presbyterian is right in the heart of downtown, and we are really blessed in Fort Wayne with a revitalized downtown. There are lofts and apartment buildings going up all around the church as well as shops and restaurants. With the initial shutdown in March, there was concern about these new businesses making it. Would they survive the shutdown?”

Epling says when the downtown area reopened, the congregation was determined to support these businesses. “The idea was we would bombard them with our love,” she said. “We took a business for each of the four weeks of June and encouraged our members to support them.”

“Three out of the four businesses were restaurants and they were all restaurants that people could order and pick up curbside,” she said, a safe practice for everyone involved. “One of the businesses was a local wellness spa. People could buy a gift certificate to go to the spa and just feel better about themselves. It was this huge success for us.”

For several months, some of the businesses had been shut down. Others were just starting and many of them had been also vandalized during last summer’s protests against police injustice. However, with people citywide embracing the concept and First Presbyterian’s social media presence (examples are here and here), the project was a huge success.

“This initiative was met with a big round of support from people way beyond the church,” said Epling. “So, we decided to do it again.”

It was September when the congregation launched another round. First Presbyterian Church called that the “Love Bombardment” for family-friendly bars and pubs. “We highlighted restaurants and pubs that were family friendly,” Epling said. “Again, we encouraged people to go to places if they felt comfortable or order out.”

This month marks the third round of the love being spread around downtown Fort Wayne. 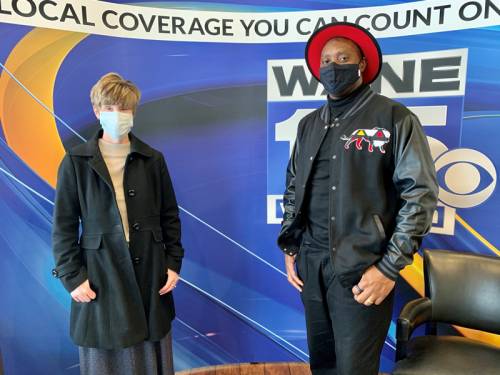 The first Black-owned business supported by this effort is The Nguvu, a fashion line designed by Zeke Bryant. Recently featured was a Black-owned restaurant, Hop River Brewing Company, and Black artist Jaliyah Rice. Epling says for the fourth week of the month they’re looking for the community to nominate the business, which is being determined.

In addition to the brick-and-mortar sites, First Presbyterian is promoting Computer Love, which is the Love Bomb’s efforts to promote Black-owned businesses through online sales via various e-commerce platforms. 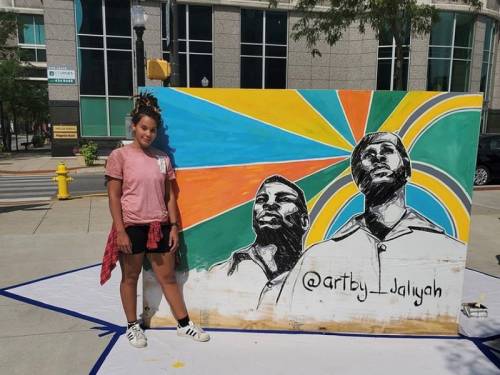 “We encourage individuals to check out our Facebook event called FWLoveBomb, where we’ll be promoting one Black owned-business per week for the month of February to be Love Bombed, with the hopes of bombarding them with business, support and love from the community to help keep them afloat during these uncertain times,” said Tony Belton, Director of Community Engagement at First Presbyterian.

“The public can suggest businesses to be bombed by recommending and tagging them on the Facebook event page,” Belton said. “Each week a random winner that tagged a business or used the hashtag #fwlovebomb will be selected to receive a gift card or credit to that business!”

Belton says Frist Presbyterian Church is asking the community and individuals across the country to log in and show up in true #fortwaynetogether fashion to show some Computer Love and make #fwlovebomb go viral.

Here are ways individuals can join in supporting businesses with a Love Bomb: