But no more, as 59 campus ministers have gathered at Zephyr Point to better connect with God and with one another 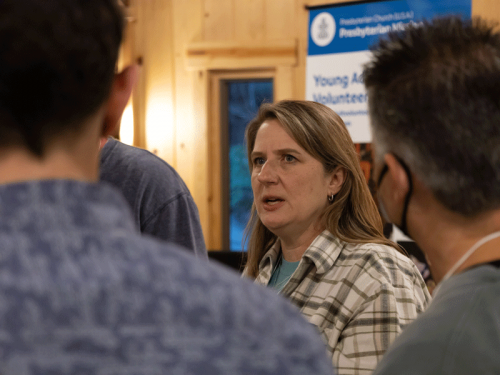 The Rev. Gini Norris-Lane says that collegiate ministry is the best-kept secret in the denomination. (Photo by Shawn Kang)

LOUISVILLE — One of the things the Rev. Gini Norris-Lane has come to know at a deeper level in the last month is the importance and power of community.

Norris-Lane serves as the pastor of First Presbyterian Church in Uvalde, Texas, as well as the executive director of the UKirk Collegiate Ministries Association. After the May 24 mass shooting at Robb Elementary School in Uvalde, she was reminded of the breadth and depth of our connections in the Presbyterian Church (U.S.A.) as the church received letters, cards, prayers, emails and donations from Presbyterians around the country.

For Norris-Lane, having that sense of connection to a network of support and encouragement has been a visible reminder of God’s presence in the midst of a catastrophic tragedy. She has been reminded that she and FPC Uvalde are not alone but are connected to the larger Presbyterian family. This reminder has been a gift, she said.

Norris-Lane has been reflecting on connections this week while at Zephyr Point Conference Center on Lake Tahoe in Nevada this week leading the first national gathering for UKirk network campus ministers and chaplains. Co-sponsored by the Presbyterian Mission Agency’s Office of Christian Formation, the conference theme, planned for more than two years due to the pandemic, is “Connections.”

“Collegiate ministry is best-kept secret in the denomination. But often this ministry is done in a lonely context, with UKirk network campus ministers and chaplains being deployed on over 200 college campuses across the nation,” Norris-Lane said. “So, it’s important to create the kind of network that encourages and sustains each collegiate minister so that they can be supported as they do this important work.” 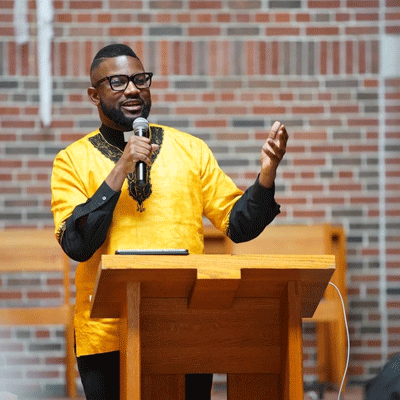 The keynote speaker, the Rev. Lamont Anthony Wells, program director for campus ministry for the Evangelical Lutheran Church in America, spoke with campus ministers about the connections they have to God and to each other, along with the church and its structures.  Using Ephesians 4:16, he talked of how each one is joined and connected to each other, like each supporting ligament in the body that when working properly supports the body’s growth, building itself up in love.

“We talked about how to identify and then offer our gifts through the relationships and connections we make,” Wells said. “Not in transactional understanding, but more when I see God in you — and I also see my gifts, and realize I have an individual piece in part of something that is bigger than me.”

Wells also gave a reflection on Acts 8:26-40, the biblical account of Phillip and the Ethiopian eunuch. Wells encouraged campus ministry leaders to develop sensitivity to what the Holy Spirit asks them to do.

“People resonated strongly with that,” he said, “because so often we think campus ministry requires a marketing strategy. But Philip had the courage to go and talk with the Ethiopian eunuch who was in a class as treasury leader of his country — because the Spirit emboldened [Philip} to do so.”

According to Wells, campus ministers need the same kind of courage and cultural competency Philip had as they follow the Spirit’s leading in connecting with the diversity of students on campus with different ethnicities, races, and sexual and gender expressions. 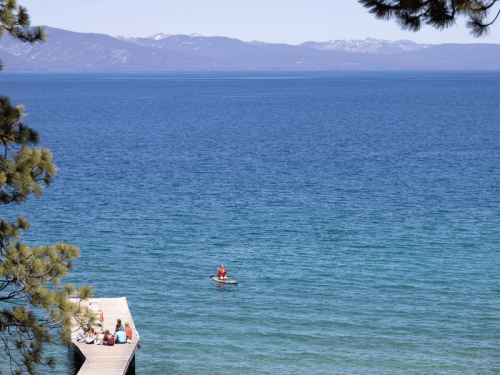 A participant at the UKirk national gathering enjoys some recreation time on Lake Tahoe at Zephyr Point Conference Center. (Photo by Shawn Kang)

Wells asked the gathering participants, “How is the Spirit leading you to reach out to diverse populations on campus to invite students into Christian community? What gifts has the Spirit given you to help name and call forth the gifts of our young adults?”

This work has been made more complex with the pandemic, which has intensified already-existing issues that college students face. Mental health issues, food and housing insecurity, financial hardship, and grief are but a few of the challenges that weigh upon college students today in addition to the weight of systemic racism, economic uncertainty, and the political division in our country. What kind of world will they inherit?

“What does it mean to invite the giftedness of others,” Wells asked, “while using your own gifts for the transformation and healing of the world?” 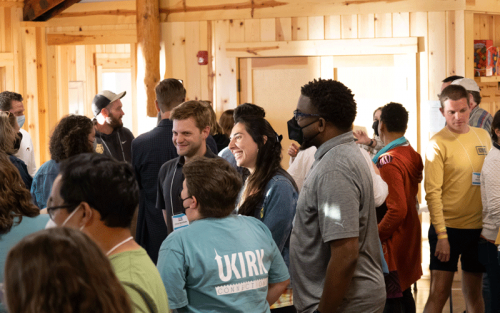 Campus ministers were thrilled to be together at their first in-person national gathering, which was delayed for two years because of Covid. (Photo by Shawn Kang)

As campus ministers get to know the young adults they serve, they can help them see how God is working in and through them and name the gifts God has given them. More importantly, even among all of the complex issues this generation is facing, campus ministers can remind students they are not alone, but are connected to God and to one another by the power of the Spirit.

Norris-Lane’s hope is that all 59 participants attending this year’s national gathering, which concludes Thursday, learn what she has learned more deeply over the last month — being connected to both God and to one another is a gift.