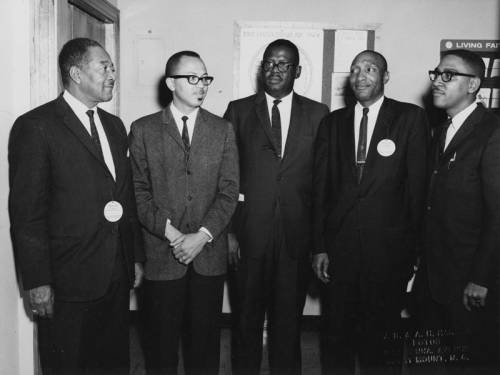 LOUISVILLE ­— What does it mean to be an elder? One meaning is one or more out of a group of associated people of a greater age. And that’s exactly what Eugene Turner, Jim Costen, Gayraud Wilmore, Bryant George and Oscar McCloud had in mind when  they founded the Circle of Elders in the Presbyterian Church (U.S.A.).

These Presbyterian pioneers, along with Mildred Kilgore, Mary Jane Paterson, Marjorie Ward and Jim Reese not only recognized the absence of such a presence within the denomination, but they set out to fill the void.

In 2002 this group, shepherded by Costen and Turner, presented their case for the formation of the Circle of Elders at the National Black Presbyterian Caucus (NBPC) gathering in Atlanta, where it was officially approved.

The Circle of Elders didn’t form just to come together, but they formed with a purpose and a plan. “When we started, we had five stated purposes,” said Turner, retired executive and theologian in the Office of The General Assembly and moderator of the group for the first three years. “You must keep in mind that we were speaking to the NBPC at this time.”

The group’s purposes were to:

Turner says when he looks at some of the purposes of the group today, he has to remind himself of the contexts of the items listed above. One key element is that the group was formed for individuals who were 65 or older. “That was the only stipulation we had,” he said. 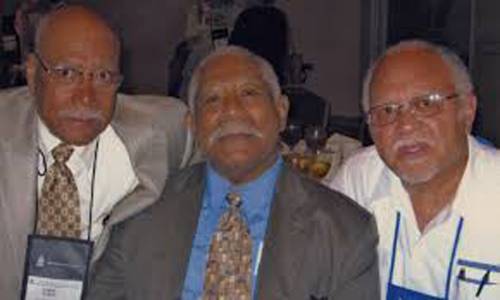 Gene Turner, Gayraud Wilmore and Oscar McCloud, three of the founding members of the Circle of Elders. (Contributed photo)

However, McCloud, another founding member of the Circle of Elders and pastor emeritus of Fifth Avenue Presbyterian Church in New York, says over the years the denominations represented in the group have evolved to include United Methodists, Baptists and others.

McCloud says another evolving point for the organization was the birth of the communications network. After his term as moderator ended, Turner volunteered to become the editor of what has become a network for communications on many issues.

“The vision for the network came from an experience,” said Turner. “I had a conversation with Metz Rollins, one of the leaders of the civil rights movement within the Presbyterian Church. He was very lonely, living alone and totally isolated from what was going on in the life of Presbyterian Church. The Holy Spirit spoke to me and said there’s a way to address this.” Turner says that’s when he came up with the idea of an internet network — using the computer and the internet to connect anyone who wished to belong to the communications network. There were no age or denomination restrictions to be a part of this group.

“When the Circle was being envisioned, none of us ever dreamed that an African American would be nominated by the Democratic Party for the President of the United States,” said Turner. “The communication issues shifted toward racial matters during the Democratic nomination process, moving the Circle toward more national political and justice concerns than we could have guessed,” he said.

When asked about the Circle’s response to the current racial and social injustices and inequities, Turner responded by saying while the Circle of Elders is not doing anything systemically, its internet network has spent a lot of time addressing these issues. He says its role is to assist the NBPC and to provide resources to the group. “The internet network has dealt with it tremendously and some excellent reflections were made and not just by Presbyterians but by members of other denominations.” Turner added. 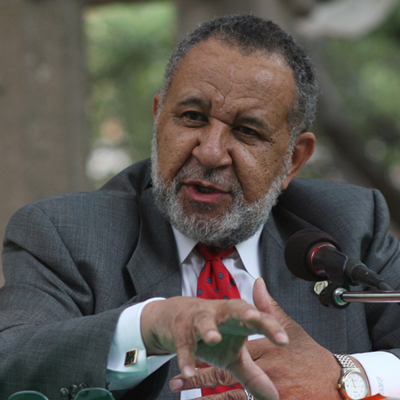 While Circle members McCloud, Wilmore and Metz Rollins were among the forerunners of the civil rights movement in the PC(USA), another Circle member, the Rev. Gilbert H. Caldwell, was at the forefront among United Methodists. Caldwell, who called himself a “foot soldier” in the U.S. civil rights movement, is instead remembered by many across his beloved United Methodist denomination as a general for justice. Caldwell died of cancer on Sept. 4 in New Brunswick, New Jersey. He was 86.

The Circle of Elders is filled with solid and sage clergy and laity available to help us remember the past and develop a plan for the future — but most importantly, as Turner and McCloud put it, to remind us that none of us are in this alone.