The Institute of Music for Children benefits from the generosity of the now-shuttered Third-Westminster Presbyterian Church in Elizabeth, N.J. 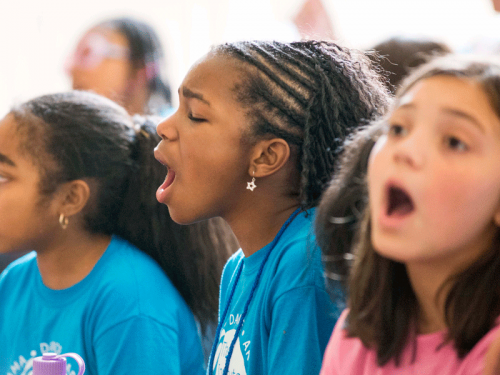 JEFFERSONVILLE, Indiana — In the early 1990s, Third-Westminster Presbyterian Church in Elizabeth, N.J., was looking for a way to minister to the local community.

They created the Institute of Music for Children in 1995, which provides music, arts and drama education to youth in their community. It is still thriving today, providing arts education for more than 1,000 youth annually. It was incorporated into its own nonprofit 501(c)3 in 2004.

The Institute was a welcome blessing when it was created, as music, drama, and arts programs were being cut from public schools — and children, particularly those from low-income households, had nowhere to receive arts education affordably. The Institute was the brainchild of the late music director at the church, Dr. Byrdie Johnson, and the late Rev. Thomas Hall, who was serving as pastor, says Betty Bryant, who was a long-time member of the church.

The church hoped not-so-secretly that hosting such a program would bring families into church membership. But that didn’t happen — and while the institute continued to grow and serve more families, the church membership dwindled.

“It was never my dream that one would flourish, and the other would die,” Bryant says. “But that’s what happened, and I am at peace with that.”

In 2017, the congregation’s session decided to close, and leave their assets, including the church building, to the Institute. Third-Westminster had been the recipient of an endowed legacy gift from a member that stipulated the session could spend the proceeds however it saw fit. That flexibility allowed the session to vote to direct the proceeds to the Institute to help the organization care for the building.

That package of church building plus endowment proceeds is Third-Westminster’s enduring legacy and gift to the local community.

Without that gift, the Institute would not have been able to continue in its current location, which has been its home for more than 25 years, says Alysia Souder, executive director of the Institute. “There was no way to take on that expense and responsibility without the finances to maintain the building,” Souder says. “With this gift of the remaining endowment, we can supplement that for the next few years until we can build some of the costs of the building into our budget.”

Owning the building also relieves the Institute of stress. “Not having a facility is a major factor in what makes or breaks an organization,” Souder says. “It puts your organization in a lot of flux and stress. The fact that we can feel safe here is really a blessing for us.” 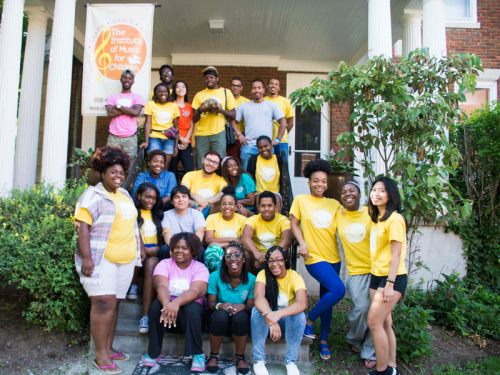 The package of this church building plus endowment proceeds is Third-Westminster’s enduring legacy and gift to the community of Elizabeth, New Jersey. (Photo courtesy of the Institute of Music For Children)

Additionally, owning the building means the Institute can adapt the space as needed, without having to worry about what the church uses the building for on Sundays. “We are working in classrooms that were meant for children’s Bible study,” Souder says. “They aren’t built as art rooms. Musical instrument storage, practice space, all of that matters for us and is really important.”

At the same time, though, the Institute has allowed churches to rent space on the property. One church holds services there, and a second has offices in the building. Both of these are signs of respect of the building’s history as a place of worship, Souder says.

Third-Westminster member Donald Schiessl says he’s grateful to the leaders of the former Presbytery of Elizabeth for agreeing to allow the church to give the church building and the church endowment to the Institute. At that time, Cheryl Galan was serving as Executive Presbyter and Jeremy Campbell as Stated Clerk; the Presbytery’s Administrative Commission was chaired by Rev. Chris Belden. (New Jersey’s seven presbyteries were recently restructured into four; now Elizabeth is part of the Presbytery of Northeast New Jersey.)

“I was always a big supporter of the program,” Schiessl says. “We were really helping the community. This was one of the good things we left behind. It was important to keep the presbytery involved because they were responsible for the building after we left. We have to credit them for agreeing to it.”

Placing the endowment with the Presbyterian Foundation allowed the church to make funds available in perpetuity for the Institute.

Bryant says the session voted to place the endowment with the Foundation because the donor’s wishes would still be honored and the institute would still be supported. “I feel good about that decision,” Bryant says. “This is truly the best-case scenario to see part of our church continue on.”

The COVID-19 pandemic hit the Institute hard in 2020, Souder says. The organization’s primary fundraiser was canceled, and they lost nearly $200,000 in tuition that was not paid when everything shut down. The Institute was able to keep all of its teachers employed and offered lessons virtually. The stability of the organization during the pandemic was certainly aided by having a building and some funding to maintain it, Souder says.

And it allowed the Institute to concentrate on what it does best: creating harmony. The Institute, Bryant says, is so much more than teaching the arts.

“Our vision is harmony,” Bryant says. “We are helping achieve responsible, motivated, optimistic neighborhood youth. That’s our goal. We want to service the community, have the children in a safe environment, and use the arts to help the children develop life skills and relate to others. It’s much more than just music.”

Robyn Davis Sekula is Vice President of Communications and Marketing at the Presbyterian Foundation. She is a ruling elder in the PC(USA). You can reach her at robyn.sekula@presbyterianfoundation.org.