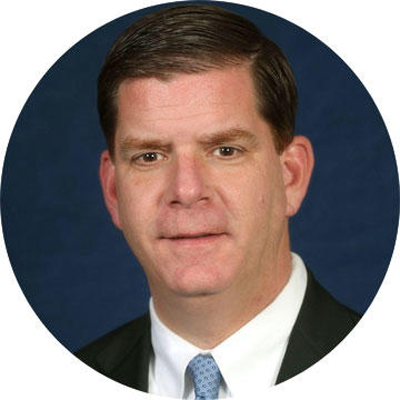 LOUISVILLE — As soon as a pair of interviewers completed their half-hour on Tuesday with Dr. Anthony Fauci regarding the pandemic and vaccine development and distribution, it was time to turn their attention on Boston Mayor Marty Walsh.

Fauci, the director of the National Institute of Allergy and Infectious Diseases, spoke via Zoom to the Rev. Liz Walker, the pastor at Roxbury Presbyterian Church in Boston and a former Boston television news anchor, and the Rev. Dr. Gloria White-Hammond, co-pastor of Bethel AME Church in Boston and a pediatrician whose practice also includes palliative care.

Elected mayor in 2013 and re-elected four years later, Walsh was the guest during the second part of a Zoom interview called “Where do we go from here? Coping with the next season of the COVID-19 pandemic.” Sponsored by Roxbury Presbyterian Church’s Cory Johnson Program for Post-Traumatic Healing, the event drew up to 2,300 registered participants. Another sponsor, the Boston Red Sox, lent the event the strength of its Wi-Fi housed at Fenway Park.

Walsh told Walker and White-Hammond that Boston was among the first cities in the nation to release data on its COVID-affected population by race and ethnicity. That information, he said, has guided investment in such areas as a resiliency fund to aid people in hard-hit Boston neighborhoods.

Along with other mayors taking part in on a recent conference call with President-elect Joe Biden and Vice President-elect Kamala Harris, Walsh said he discussed “investing billions into our schools so they can reopen” when it’s deemed safe to do so.

Students “are not going to learn online,” Walsh said. “They need to be back in school.”

The two pastors shared with the mayor some of what they’ve seen during the pandemic. 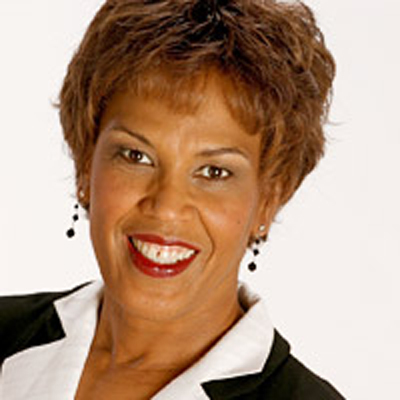 The Rev. Liz Walker is pastor of Roxbury Presbyterian Church in Boston.

“In our trauma work,” Walker told the mayor, “people [of color] tell us they go to the hospital and feel dismissed, ignored or not taken seriously, particularly among Black women. We call that trauma after a while,” when people don’t go to the hospital or see their doctor because they’ve experienced unequal treatment in the past, she said.

“Declaring racism is a public health crisis — that’s really important,” Walsh responded. “When we talk about systemic racism, what systemic change is needed in health care to bring confidence back? There’s still work to be done.”

“We’re trying to do everything at warp speed,” Walker told him, including developing a vaccine. “Everything is so urgent, but these are issues that have taken centuries to cement in the very soul of this country. Restoring trust is going to take a lot longer.”

While Walsh said he agreed with that statement, George Floyd’s police-involved killing “just felt different. The response was different,” he said. Mayors across the country “are still talking about issues of systemic racism in our cities, and we talk about what our [state] legislatures are doing. The response can’t be a bunch of empty promises or legislation that doesn’t go anywhere … It’s not going to be done in a year, but I do think we have to continue to move forward during this moment in time. The younger generation will not accept any of us standing still.”

White-Hammond said in recent weeks she’s experienced people “looking very deeply internally to figure out where we’re part of the problem rather than the solution … There are losses, but people are also drawing closer together. In the midst of this, there have been ways forward both individually and collectively.”

Walsh said it’s been his spirituality, particularly around recovery from alcoholism as a young adult, “that gets me through” during the pandemic’s most difficult days.

“Alcohol and drug addiction are diseases of isolation,” Walsh said. “We need to make sure we have programs in place,” whether they’re church-based or involve simply “reaching out to find someone else to talk to.”

Walker said among those in her congregation, which skew in the 60-plus age category, “the most common concern is people feeling isolated.” Church members responded by forming a caravan of a dozen or so vehicles that took to the neighborhood to wave hello to church members who are experiencing isolation.

“It made a huge difference,” she said. “There’s lots you can do to reach out to people.” 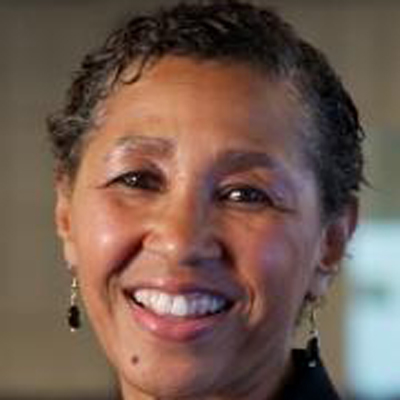 The Rev. Dr. Gloria White-Hammond is co-pastor at Bethel AME Church in Boston and a pediatrician.

“That’s been our biggest challenge as well,” White-Hammond said. At Bethel AME Church, about 50 people have contracted COVID-19, but “fortunately we haven’t lost anyone.”

“My sense is people are grieving the loss of the status quo, normalcy, the sense of what to expect,” she said. “People have been open and honest about that.”

“Congregations have been [reaching out] since the beginning” of the pandemic, Walsh said. “Make the phone call to check in with them. A text is not a personal touch, but a phone call gives them a little sense of normalcy.”

Walker asked Walsh and White-Hammond for their top tips for coping with the pandemic. Since she was young, White-Hammond said she’s kept a journal she calls her “Never Would Have Made It” journal. Looking back, she said she’s noticed the one central character in her accounts is the Almighty.

“I never would have made it without God,” she said.

The mayor cited taking a walk every day, “being grateful for another day of sobriety” and expressing his sense of gratitude “for the people I work with every day.” He suggested saying hello to others you encounter on your daily walk.

“Hello is a powerful word,” he said. “You might not get a response back, but pass it along … At the end of the day, it’s about gratitude.”

White-Hammond said she encourages congregants to hold five difficult conversations with the people they love: “Forgive me,” “I forgive you,” “Thank you,” “I love you,” and, when death is near, “Goodbye.”

“It’s an important time to get on Zoom and dialogue about thorny issues,” she said. “It can effect some healing.”

But even during the time of COVID-19, it’s not just about death, Walker said.

“It’s how you live, and how you value what you have, living as if this were your last day,” she said. But instead, she said, “we’re screaming at each other and taking sides. It’s the most childish behavior we could do.”

“I hope,” Walsh said, “that a year from now when we’re beyond the pandemic, this slowing down we’re experiencing right now can continue forward.”

Read an account of Walker and White-Hammond’s interview with Dr. Anthony Fauci here.