The Rev. Dr. Mark Lomax discusses the Church’s role in racism with a GA special committee 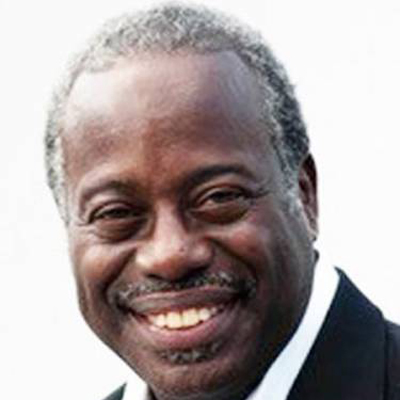 On the issue of reparations for Black Americans, Lomax cited an article he recently read stating that more than 70% of Americans are against reparations. The reason, he told members of the special committee, is that people don’t understand what reparations are.

“The idea is that some form of value, whether it’s money, whether it’s opportunity, whether it’s rights and privileges, whatever it is, a value should never be shifted out of the coffers of we the people into the pockets of African American people,” he said. “I think there’s a reason for that in my judgment. We have seen this country give reparations for disaster to the Japanese (Americans) who were wrongly imprisoned during World War II. We have seen this country give some form of reparations to the Alaskan Natives and Native Americas, not to the degree that they deserve by any stretch of the imagination, but we’ve seen some movement in those kinds of directions.

“In some way, consciously or subconsciously, we are still perceived as chattel,” he said.

Lomax said the starting place for all people must be recognizing each person as a person of value. “That’s the starting place for these kinds of engagements, just a simple recognition that as human beings and followers of the Christ, we are called to have care and compassion for the other,” he said. “And that’s what reparation is about. This is a way of showing that we care for a significant part of God’s Creation.”

“What we have allowed to happen in our consciousness is your erection of borders and boundaries that has something to do with pigmentation, which is a false notion,” he said.  “There’s no real difference in human beings at all. There is absolutely no difference between us, but we’ve allowed that false difference of the 16th century by people who had an agenda of world domination and control around this false notion of race. We’ve allowed that particular ideological perspective to frame all that we do.”

During a series of queries, committee members questioned Lomax to further explore the Church’s role in a call for reparations. When asked about his work with a General Assembly task force to study reparations and what, besides the eventual adoption of The Belhar Confession, was effectively acted upon as a result, Lomax said, “I’m not aware of any other steps that were taken. I’m a very passionate person, particularly when it comes to the work that God’s called me to. As a committee we put an awful lot of time and energy into the crafting of that statement on the study of reparations; looking at the harms done and talking to and listening to folk around the denomination.”

Another viewer asked Lomax if in his opinion anything has changed, especially in light of what’s happening in the last few months with protests in part over how we should approach reparations and how the PC(USA) has dealt with or not dealt with the denomination’s history of contributing to, and even constructing, unjust systems.

Lomax replied, “I’m very, very excited about what’s going on in the streets. The Black Lives Matter movement … I’m seeing communities raising tough questions in the public square. People, not just African people, but Latino people, white, young and old; white people who are putting their bodies in harm’s way and joining the fight, not just in the streets, but also behind those doors for negotiations. I think that’s inspiration, to see those diverse movements around our country. And they’re concrete reasons it’s inspirational, because those roots, those protests, are bringing people into relationship. When we come into relationship with each other, things like racial discrimination are raised.”

“I know we have made efforts,” he said of the denomination. “We have failed to a large degree because those efforts have been few and far between, or they have not really been followed. We’ll do a conference, we’ll do a workshop, we’ll do a seminar. Then maybe three, four or five years later, you have another conference, seminar or workshop, but there’s no way to continue those relationships over time to assure that we continue building.”