In midst of pandemic, Presbyterian camp pays off multi-million-dollar mortgage 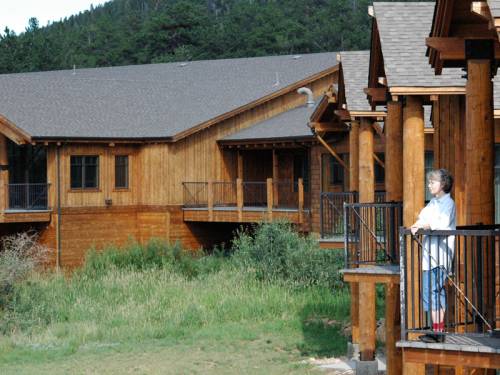 Highlands Presbyterian Camp & Retreat Center has been has been a place of spiritual refreshment for nearly two decades. (Contributed photo)

LOUISVILLE — Maria Shupe thought the day when she would be able to pay off Highlands Presbyterian Camp & Retreat Center’s mortgage “might never come.” Before she arrived as executive director, the camp near Boulder, Colorado, had borrowed millions of dollars to build a lodge and retreat center.

It wasn’t the way Highlands planned it. But like so many projects, it ended up costing nearly three times more than the anticipated amount — in part because an endangered species study was required and a million-dollar commercial water treatment plant had to be built.

Despite raising more than $5 million, Highlands had to borrow $3.2 million in 2000 to begin construction on the retreat center, which would have sleeping rooms, offices, dining rooms and a commercial kitchen. It was dedicated in October 2002.

Shupe, a self-described fiscal conservative, said when she took the job 15 years ago, many people anticipated Highlands would close within three years.

“There were some really, really hard days,” she said.

More than one time, Shupe had to say to the Presbytery of Plains and Peaks, which owns the camp, “We can’t make it. We need your help.”

But thanks to a lot of people who gave $50 to $500 a month — and to some large annual gifts — the mortgage has finally been paid off.

“So many people have given over the years to wipe out that debt,” Shupe said.

When she first arrived, Highlands received one of those larger gifts anonymously from a bank in Colorado. Shupe had no idea who was behind the gift until she had a conversation one day with the Rev. Jane Hays, who was the first woman ordained in Denver Presbytery. After selling its camp, Denver Presbytery became an important partner with Presbytery of Plains and Peaks in Highlands’ camping ministry. 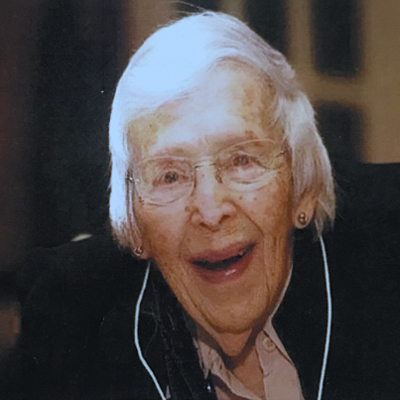 Hays mentioned to Shupe that she’d seen on her husband Bill’s tax return that he’d given $165,000 to Highlands that year. Together — the couple gave to Highlands separately — their gifts totaled more $1 million in their lifetimes.

“Jane used to say to me over the years, ‘The real money doesn’t come until we die,’” Shupe said.

After Bill died in 2011 and Jane in 2017, three trust fund gifts came from their estate. Because the couple always gave to Highlands’ general fund, Shupe committed 50 percent of each gift to debt reduction, with the rest being used for program development and major maintenance projects.

The last gift, which came a week ago, was more than expected. Shupe said it was “an extraordinary gift,” which allowed Highlands to pay off its debt, set aside $500,000 for pandemic support, and still have some left over for programming or maintenance needs.

Jane and Bill’s gifts from their estate were over $3.5 million — so half of the mortgage was paid off by the estate and the other half by countless others who gave so many gifts over the years.

Over the years, gifts have ranged from people making quilts as a fundraiser to help whittle away at that debt to those like Bill and Jane Hays made.

One time after receiving a check in Jane’s home, Shupe asked her, “Did you ever imagine as a little girl that you could make this kind of gift that could make such a difference?”

“She just laughed,” Shupe said, “because she had so much fun and got true joy out her generosity.”

“She loved and supported women in ministry,” Shupe said. “She really believed in the camping ministry — she came to both of our camps and made it possible for caregivers’ children to come to camp as well.”

In Jane’s latter years, Shupe and Denver’s executive presbyter would visit her with communion. 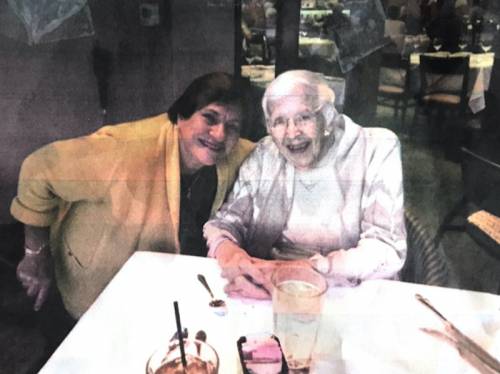 Maria Shupe and Jane Hays enjoying one of the many meals they’ve shared together over the years. (Contributed photo)

As she looks back on those visits now — of sharing communion — Shupe said she is reminded of how Jane shared her gifts. Sometimes instead of writing a check for certain amount, she’d make matching gifts to encourage the generosity of others.

“She wanted others to experience the same kind of joy she received out of giving,” Shupe said.

“We made plans for this day. But we had no idea that this would be the month we could retire our mortgage.”

“The timing is just remarkable, considering we’re in a pandemic.” 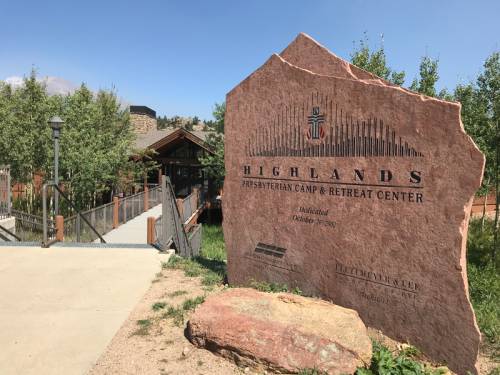 On July 26, 50 people will gather at Highlands. Following all social distancing rules and guidelines, they’ll have a mortgage burning celebration, which will be recorded. Highlands will then put together a video. After other voices are added to the celebration it will be shared with Plains and Peaks and Denver presbyteries and their congregations.

After all, in pre-pandemic times, hundreds would have gathered to celebrate this day many thought would never come.