Resources in Reports and study guides

This Resource Roadmap is a list of resources with descriptions for faith communities and inclusion of people of all abilities.
This Quicksheet introduces ways to improve physical access and supports in and to your facilities, with targeted suggestions for worship and Christian formation
This Quicksheet describes how to offer social supports, with targeted suggestions for Christian formation and fellowship and service for disability inclusion.
This two sided PDF has a coloring page and information about Mr. Rogers Resources.
Opening Doors to Discipleship is a training and learning website for church leaders in the Reformed tradition. 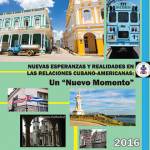 This is a companion resource to the Bending the Moral Arc Manual around Courageous Conversations on race. 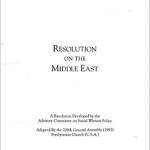 Painfully aware that the conflicts in the Middle East have exacted a terrible toll in human suffering and exacerbated international and interreligious tensions for more than half a century, and taking account of both the accomplishments so far and the challenges ahead, the 209th General Assembly (1997) believes that the peace process started in Madrid… Read more » 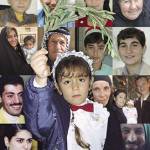 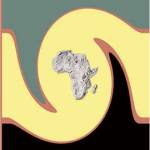 Nineteenth-century images of Africa continue to replay in our minds, even in this twenty- first century. We tend to be ignorant of the history of Africa and of its great diversity of life. We hold stereotypes of a backward continent. The Presbyterian Church (U.S.A.) has invited its members and friends to embark on a journey… Read more »