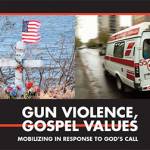 The 2019 Gun Violence Resource packet provides congregations and mid-councils a robust package of material to help congregations put thoughts and prayers about gun violence into obedient action. The packet is a mixture of online and print resources compiled by the ministries of Compassion, Peace and Justice over the course of the last decade, but… Read more »
On Providing Just Access to Reproductive Health Care  (Item 21-03) The 220th General Assembly (2012) approved the following resolution, as amended, with  comment and original rationale (not policy).
The Arab Awakening (or Spring) revealed a thirst for dignity and freedom long suppressed by dictators, some supported by the US. Sensitive to Muslim-Christian differences on the relationship of religious and political institutions, this resolution by the 2012 General Assembly presents Reformed Christian principles for encouraging democratic rule and recommendations for shifting US foreign policy… Read more »
Divestment Strategy: Principles and Criteria (1984). This General Assembly study of the moral grounds for selling securities examines trusteeship and the interplay of integrity, effectiveness, and church purposes (including solidarity). It followed Military-Related Investment Guidelines (1982) and preceded the 1985 “selective, phased” divestment of securities in firms supporting apartheid in South Africa.
The United Nations Commission on the Status of Women is an annual meeting of nongovernmental organizations committed to ensuring women’s equality and promoting women’s rights in the resolutions and work of United Nations member states. Representatives of Presbyterian Women attended this meeting in 2012, focusing on rural women, empowerment, poverty reduction and rural development. Read… Read more »
A Public Policy Statement on Energy, Its Production and Use, Adopted by the !21st (1981) General Assembly,Presbyterian Church in the U.S., and by the 193rd ( 1981) General Assembly, United Presbyterian Church in the U.S.A.;with a Background Analysis, by Robert L. Stivers, Commended for Study in Connection with the Public PolicyStatement. 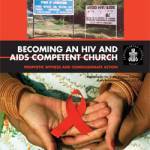 This report, approved by the 219th General Assembly (2010), develops a comprehensive study that identifies issues impacting people living with HIV and AIDS, both in the U.S. and globally, and recommends to the PC(USA) a response of compassionate action and prophetic witness. For the church to respond more creatively and comprehensively to the HIV and… Read more » 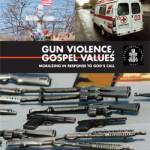 This report, approved by the 219th General Assembly (2010), challenges our society’s fatalism and numbness in accepting the highest gun death rates in the world, reviews past church positions and proposes a new “spiritual awakening” approach: a church-related, community-based strategy inspired by “Heeding God’s Call” in Philadelphia, with similar groups in Richmond, Virginia and central New Jersey. The report looks at our culture of violence-acceptance, with its undercurrents of fear and desperation. 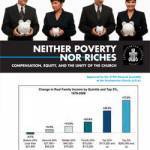 This report, approved by the 219th General Assembly (2010), responds to the assignment to “provide theological guidance to church and society with regard particularly to the impact of secular market assumptions on the compensation practices of the PC(USA).” It contains recommendations for building solidarity in the ministry by lessening inequality and increasing accountability in presbyteries… Read more »
Words can hurt, words can heal, and words shape our realities, coloring the ways we experience the world. They are the tools we use to interpret our experiences, to relate to one another, and to build a relationship with God.  Learn more about Words Matter, an ecumenical project to reinvigorate deeper conversations about the power… Read more »