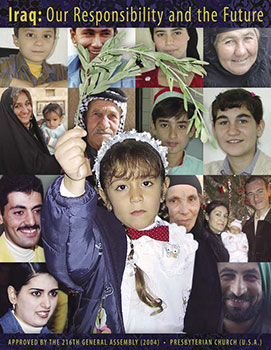 Opposition to the military action against Iraq based on just war principles and other principles of conscience, while not unanimous among Presbyterians, has been sufficiently widespread to indicate much concern. From the beginning, it has been the judgment of many church leaders, both in the United States and elsewhere, that?an invasion of Iraq has been unwise, immoral, and illegal.