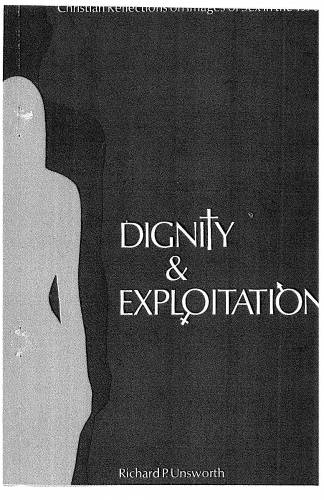 In a broken, sinful world, people often exploit rather than contribute to the well-being of others. This exploitation has many forms, and can be direct or indirect. This study document examines some ways by which we and others in our contemporary culture exploit persons sexually, using them rather than serving them, degrading them rather than affirming them, sometimes directly, often indirectly. It looks at some old issues – pornography, for example – in which the new sociocultural context that unites permissiveness with mass communication techniques. It discusses some recently emerged issues, sexism for example. And it suggests some directions and guidelines Christians might well employ in making judgements themselves, individually and/or in contributing to public policy decisions. In suggesting ways of acting, the study document applies biblical and theological insights directly to our task of providing for the dignity of all persons as children of God.