Make A Donation Click Here >
Home › Refugee Ministry › What more can we do this World Refugee Day?

As we approach World Refugee Day next Monday, June 20, 2022 we will continue to lift up ways you can act. Please encourage your Senators and Representatives to sign as cosponsors to their respective Resolutions in observance of World Refugee Day on June 20th. We need them to sign on this week!

For the House of Representatives, ask your representative to contact Congressman Ted Lieu to have his or her name added to the House Resolution on World Refugee Day reaffirming the importance of the United States to promote the safety, health, and well-being of refugees and displaced persons. 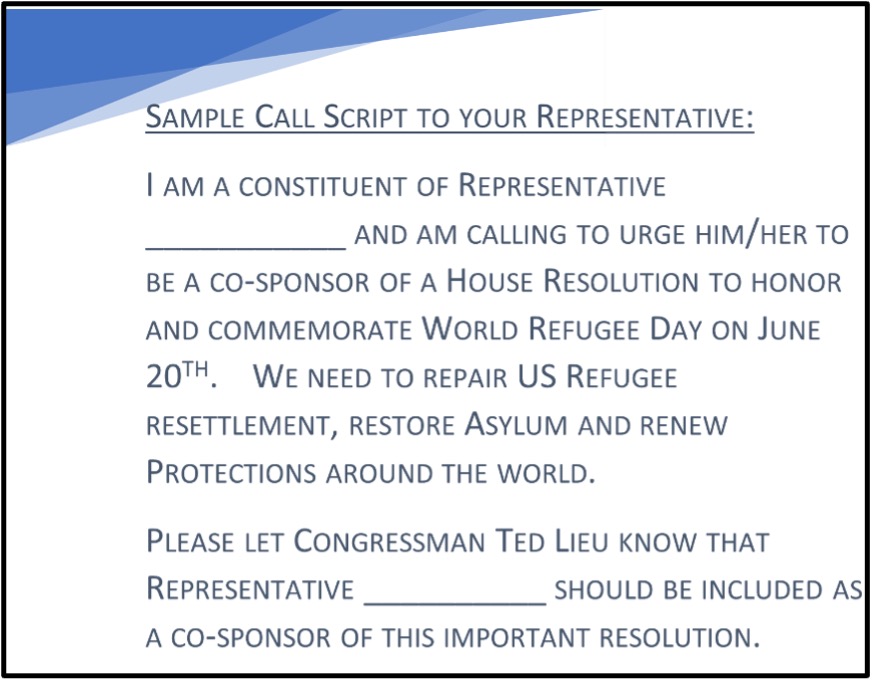 For the Senate, ask your Senator to contact Senator Bob Menendez to be a co-sponsor of the Senate Resolution on World Refugee Day reaffirming the importance of the United States to promote the safety, health, and well-being of refugees and displaced persons. 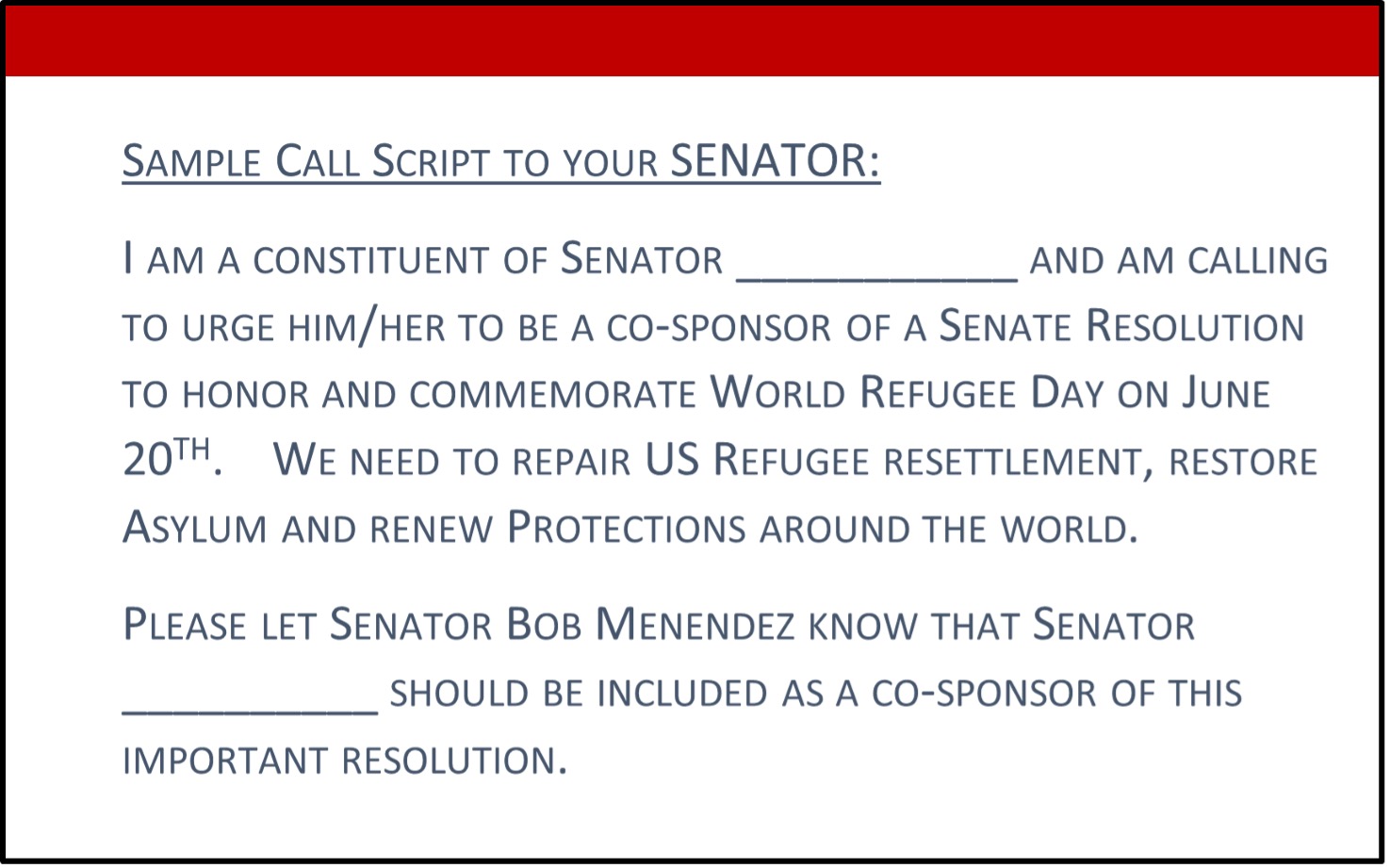 Excerpts from the DRAFT Resolutions

Reaffirming the importance of the United States to promote the safety, health, and well-being of refugees and displaced persons.

Whereas June 20, 2022, is observed as “World Refugee Day”, a global event to honor refugees around the globe and celebrate the strengths and courage of people who have been forced to flee their home country to escape conflict or persecution due to their race, religion, nationality, political opinion, or membership to a particular social group; and

Whereas July 28, 2022, is the 71st anniversary of the Convention Relating to the Status of Refugees, held in Geneva on July 28, 1951, which defines the term “refugee” and outlines the rights of refugees and the legal obligations of states to protect them; and . . . .

Now, therefore, be it Resolved, That the House of Representatives (OR the U.S. Senate) —

1)      reaffirms the bipartisan commitment of the United States to promote the safety, health, and well-being of millions of refugees and asylum seekers, including the education of refugee children and displaced persons who flee war, persecution, or torture in search of protection, peace, hope, and freedom

2)      recognizes those individuals who have risked their lives working, either individually or for nongovernmental organizations and international agencies, such as the United Nations High Commissioner for Refugees, to provide lifesaving assistance and protection for people displaced around the world;

3)      reaffirms the imperative to fully restore U.S. asylum protections by terminating policies that deny access to asylum or externalize our asylum obligations;

4)      underscores the need for the United States government to fully rebuild our nation’s refugee resettlement infrastructure in order to strengthen national and regional security and encourage international solidarity with host countries;

5)      calls upon the Secretary of State, Secretary of Homeland Security, and United States Ambassador to the United Nations to—

Don’t forget that there are a number of PC(USA) and Interfaith Resources for your observance of World Refugee Day! 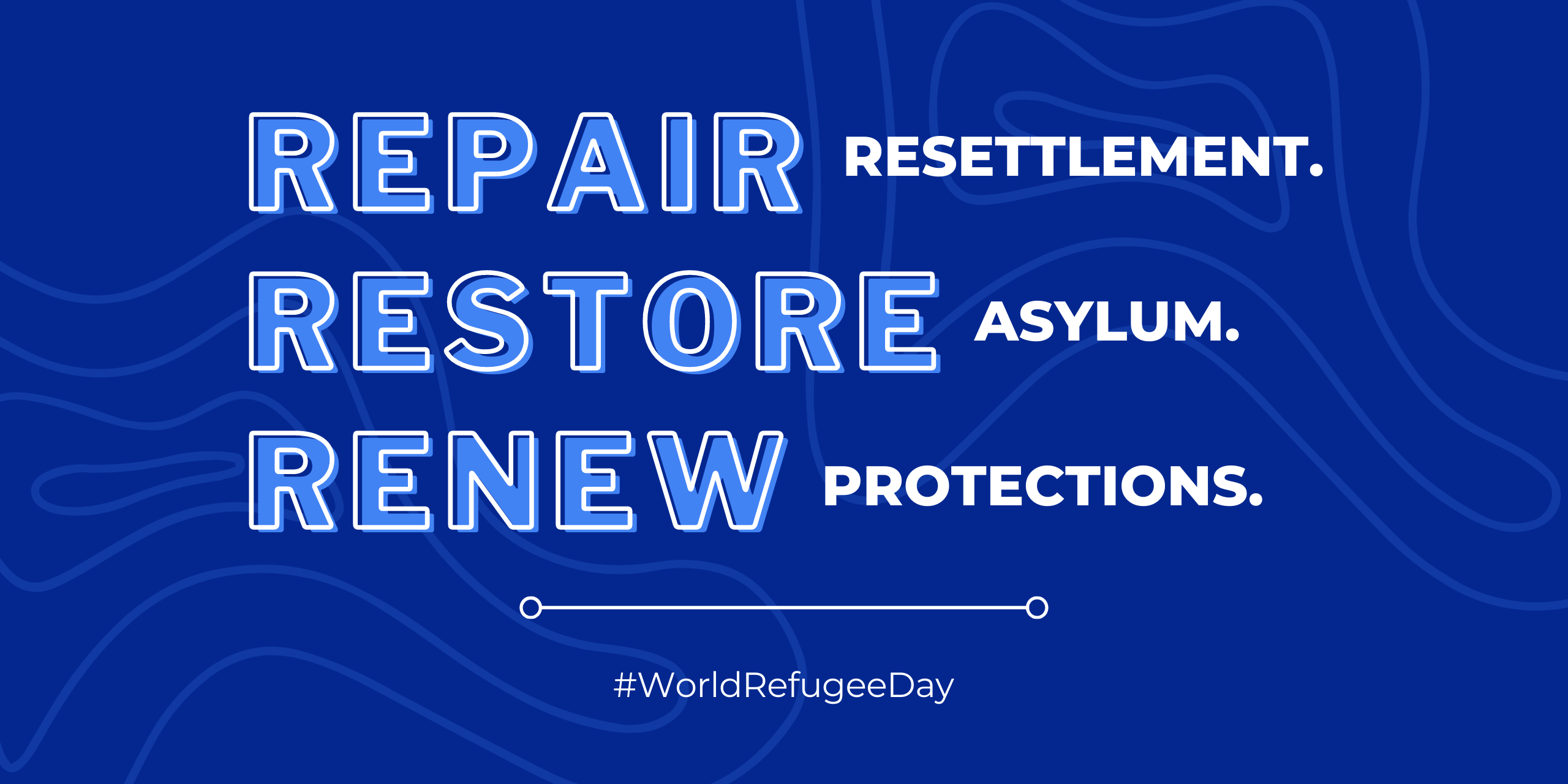