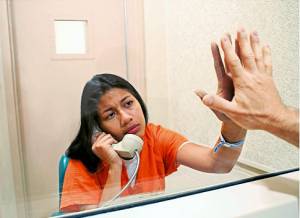 No one dreams of growing up to become a refugee. The term itself is used to describe what happens to someone—being persecuted or threatened with persecution; being forced to flee one’s home country; at the mercy of other governments and other nations—but it does little to define who someone is. When we hear the word in the plural (refugees), it is often accompanied by images of large mobs of needy, suffering, malnourished families in tattered clothes. That is why many refugees reject the term when talking about themselves because they don’t want to be defined by their needs or to be looked upon with pity.

The United States has been welcoming refugees for almost a century. Many former refugees have joined together to welcome other refugees from all over the world, further emphasizing these stories of resilience. Take for example, Rev. Ekram Kachu, who is the pastor of First Arabic Presbyterian Church in Des Moines, IA, who went on to establish the Arabic Outreach Center in 2018.

For me, the “work” fills a spiritual need and space in my heart for a richer, more deeply felt human connection. In the end, I believe we are all God’s children, and we each in our own individual capacity should “give back” to the communities we live in and to the human family that nourishes and sustains us in ways material and spiritual.

Read more about the Arabic Outreach Center and share these stories of resilience.

Refugees thrive when they are shown compassion and are welcomed in ways that affirm their dignity. There are more opportunities than ever for US congregations and faith groups to welcome and accompany refugees in their own communities. Refugee Resettlement to the US is expanding and refugees who have been waiting at the U.S. border (as asylum seekers) are also being admitted more expeditiously. Local congregations can provide hands-on support and help create a more welcoming community through their ties to schools, employers, local government and civic organizations.

Community Sponsorship is the term widely used by refugee resettlement agencies to describe the commitment of a group of individuals to welcome and accompany refugees for at least 6 months.

For a person seeking asylum, accompaniment often requires additional commitments of housing, referrals to legal and medical services and other community services.

Volunteer and sponsorship opportunities are best when they happen in partnership. There are many places where you can connect as a group or an individual to Serve.

On June 9th at 3 pm ET, join us for the second webinar in the Welcoming the Stranger Series on Immigration Detention. As the United States’ reliance on immigration detention has ballooned, so has the inhumane treatment and documented instances of abuse at taxpayer expense. Hear firsthand accounts of how people are treated inside these immigration prisons and after their release. A new video series and published report reveal once again the harsh realities inside these detention centers. Be inspired by local Presbyterians and interfaith coalitions who advocate to end immigration detention even as they seek to minister with individuals who are detained. Find out how you can become involved as part of a national campaign to welcome with dignity immigrants in your own community.

Register in advance for this meeting on Zoom by clicking here! After registering, you will receive a confirmation email containing information about joining the meeting. Or join us on the PCUSA Washington Office Facebook page. 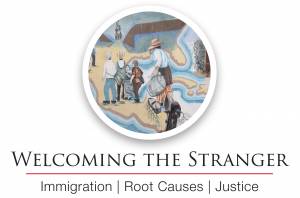