PDA first learned of Casa Alitas back in 2014 when the number of asylum seekers passing through Tucson, AZ were on the rise. Much has changed in the past year following the “remain in Mexico” policy, with further restrictions put in place during the pandemic to severely limit both the number of asylum seekers released from border stations and those approved for entry to the US. We share the story below to coincide with advocacy this week to restore U.S. Asylum and to Free families held in immigration detention centers.  On June 26th US District Court Judge Dolly Gee ordered the release of all children from family detention. May this one family’s experience remind us why it is so important to end family separation and to restore the US asylum system to meet international standards and due process.

Casa Alitas Invited to Reunite a Family: Of Course We Agreed! 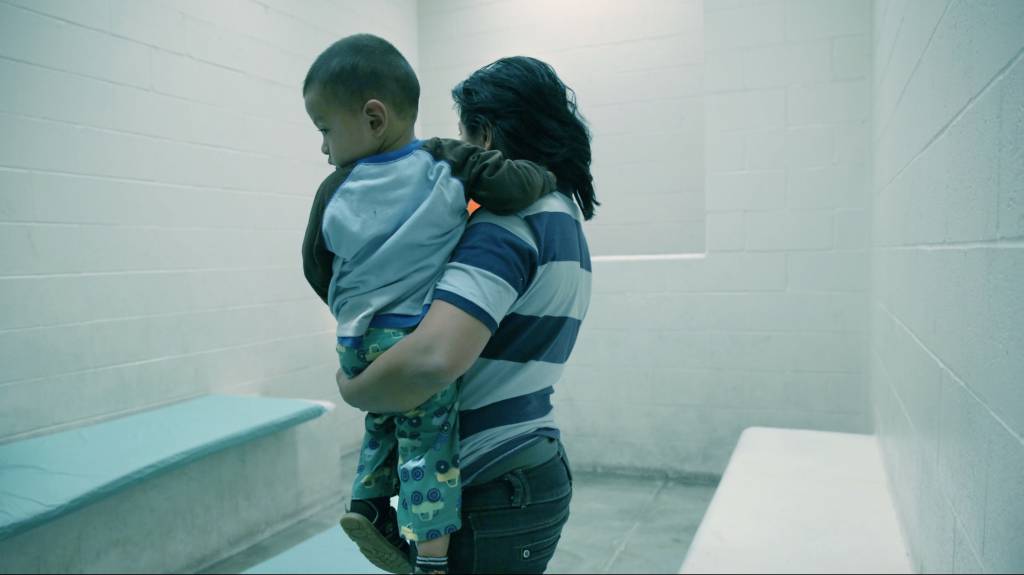 Woman and child in detention center cell, from Locked in a Box

The Casa Alitas Welcome Center in Tucson, AZ, receives asylum-seekers who have been recently released from immigration detention and are allowed to await their case in the United States. Late last year we welcomed a family of four who had fled gang violence and threats in their home country. After waiting nearly four months in a shelter in Mexico, they were finally able to cross over the border and ask for asylum in the United States.

When the family first arrived, they were visibly upset. The mother was close to tears. The first chance they got, the father pulled us aside and asked, “We’re looking for our other daughter. Is she here too?”

You see, this was not a family of four—it was a family of five. Because their eldest daughter was 19 years old, she had been separated from her family and treated as a single adult. Therefore, when her parents and two younger siblings were released, she was not. With a little investigation we found out that, despite never having been to the United States before, and despite having no criminal record in the US or elsewhere, she had been transferred to a longer-term detention facility. This young woman had the same case for asylum as the other four members of her family, yet she remained in detention, which is in essence a privately-run prison.

Her parents didn’t want to leave without her, but we explained to them that it could be months before she would be released. After a few days, during which we provided them with a place to sleep, a warm shower, good food, new clothes, and assistance in arranging their transportation, they reluctantly left, taking a bus to meet up with their sponsor. We told them to keep us updated on their daughter’s case and to let us know if we could help.

Two and a half months later we got a call from their lawyer. The daughter was being released from detention—could we help? Of course we agreed! A volunteer drove an hour and a half to the detention center and picked her up, bringing her back to the Welcome Center. Our new guest was shaken and undernourished, and one could even say traumatized from her experience in detention.

After we helped her get in touch with her family, she began to relax. She slept really well the first night she was with us, and she said it was the first good night’s sleep she had had in a long time. We helped her get a bus ticket, and on her second day she left, thanking us for the help. The family is now reunited and will wait out the two- to three-year process of getting their case decided here in the safety of the US.

Casa Alitas exists because of stories such as these. It is our mission to provide humanitarian aid to asylum-seekers which recognizes each one as a human being made in God’s image and worthy of respect and dignity. We thank you for your support of our mission, and your support of asylum-seekers everywhere.  Presbyterian Disaster Assistance is committed to supporting and advocating for a humanitarian response to asylum seekers in the U.S. and around the world.

Join the Free the Families Rally in person or on Facebook Live this Friday, July 17th.

Read the 2018 General Assembly’s resolution to Stop the Separation of Families.

Learn about U.S. policies and how to advocate for the rights of asylum seekers and the Faith4Asylum campaign.

Learn more about Casa Alitas and their mission.