…be led forth in peace. (Isaiah 55:12). Support to the Peace & Global Witness Offering.
Make A Donation Click Here >
Home › Worship › Interfaith Relations › Witness and Evangelism Among People of Other Faiths

The Brief Statement of Faith of the Presbyterian Church (U.S.A.) reads:

“The Spirit justifies us by grace through faith,
sets us free to accept ourselves and to love God and neighbor …
[T]he Spirit gives us courage …
to witness among all peoples to Christ as Lord and Savior,
to unmask idolatries in Church and culture,
to hear the voices of peoples long silenced,
and to work with others for justice, freedom, and peace.”
—Book of Confessions, 10.4

Christians affirm that the gospel of Jesus Christ is good news for all people and that we, as his disciples, are called to share it in a spirit of openness and trust. We make our witness among neighbors who live by other religious convictions and ideological persuasions.

The motive of the church’s witness is God’s love for all people. Important expressions of the love of God are found in ministries to human need and in service for justice, freedom, and peace. Witness is also given through loving and sometimes silent presence with others in their struggles, joys, and sorrows. Nevertheless, an integral part of the church’s mission is spoken testimony to the wonderful things that God has done for us in Christ and an invitation to others to join us in praising God through Christ.

God addresses us in human life through experience. Our approach as witnesses, therefore, is confessional. We share what we have experienced and what we have learned through the historical self-disclosure of the God who brought a people out of Ur and Egypt and who taught them through priests and prophets, psalmists and sages. We express what we have learned through the particularity of God ‘s self-revelation in Jesus of Nazareth, in whom the Christian community has found the way, the truth and the life.

God is both the author and the content of the revelation to which our faith responds. Christians understand that Christ is the central revelation of the triune God. This is not to say that God has acted in a self-revealing way only in Jesus. Christians are free to acknowledge their center without concentrating on defining the boundaries of God’:s self-disclosure. The God revealed in Jesus Christ is the creator and ruler of everything. Therefore, Christians are called to relate to all aspects of God’s creation with love, respect and the expectation of seeing the creator’:s hand in what we meet.

From a Christian point of view, it is the relationship of God and humans that matters most in religion. All people must be presumed to stand in relationship to God. Though we are all sinners, all nations are God’s children, created so that they might search for and perhaps find God (cf. Acts 17:26-28).

The goodness and wisdom of people of other religions often appear to have been nourished by their particular faith. An encounter of faiths in witness and evangelism places the Christian, as well as the other, in a humble relationship before God. It leaves the Christian open to receive from the other as well as to give. We may recognize that we have learned something about God from others insofar as this enriches our relationship with the God of Israel who is revealed in Jesus Christ and who demands our allegiance.

Suggestions for a life of witness and evangelism among people of other religions:

Churches are free to choose the ways they consider best to announce the good news of the gospel, mindful that every methodology illustrates or betrays the gospel we announce. In all our communication of the gospel, power must be subordinate to love.

See actions of General Assembly of the Presbyterian Church (U.S.A.) on which this content is based:

“God’s intent is that there be a human community that enjoys God’s presence, reflects God’s image, demonstrates God’s love, shares God’s passion for justice and cares for God’s earth. The proclamation of the triune God’s loving purpose for the world is a radical call for individuals and institutions to turn from idolatry, to acknowledge God’s reign and to serve the living and true God.”
—203rd General Assembly, “Turn to the Living God”

“No one is saved by virtue of inherent goodness or admirable living, for ‘by grace you have been saved through faith, and this is not your own doing; it is the gift of God’ (Ephesians 2:8). No one is saved apart from God’s gracious redemption in Jesus Christ. Yet we do not presume to limit the sovereign freedom of ‘God our Savior, who desires everyone to be saved and come to the knowledge of the truth’” (1 Timothy 2:4).
—“Hope in the Lord Jesus Christ”

“It is the Holy Spirit who is the converter of human hearts; the evangelist’s role in the process is instrumental.”

“Since faith is ultimately a gift of God, no one can prove one’s religious beliefs to anyone else. All religious truth claims are based on assumptions … Then we share with one another what we consider to be the confirming evidence of our faith assumptions. That means telling our faith story …”

“The term ‘faith sharing’ implies that it is not a one-way conversation … This approach calls for the witness to be a good listener, rather than a clever talker. It is more incarnational (being there and caring) than propositional (going there and unloading.”
—“Faithful Witnesses” 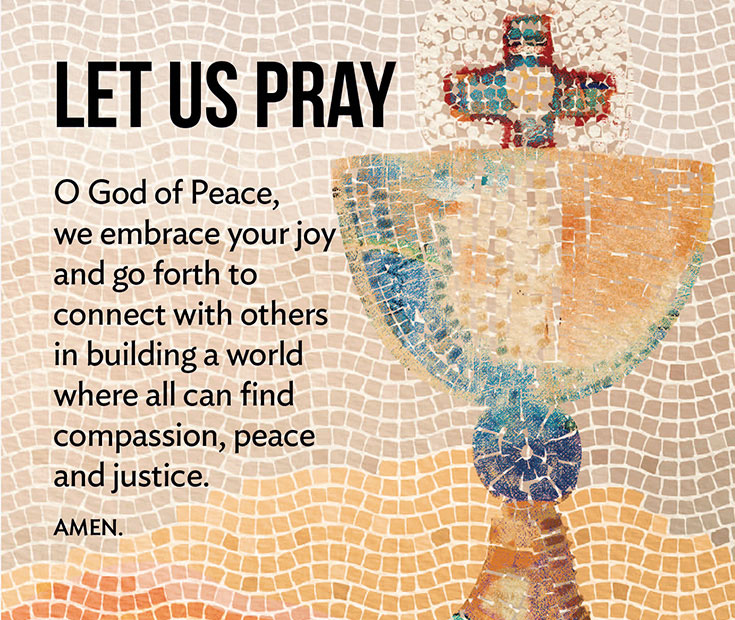