Building a Life of Faith. Support the Pentecost Offering.
Make A Donation Click Here >
Home › What We Do › Where We Work › Co-workers › While We Were Away

A Letter from Alan and Ellen Smith, serving in Germany, Russia, and Belarus

After several months of itineration in the States, Al and I returned to Germany in mid-July and have been busy since catching up. For me, catching up means a trip to Russia less than a week after our arrival. Many of you know that we timed our visit in the States to avoid trying to travel in Russia during the World Cup, which ended July 15. I arrived in Moscow July 17. The city was beginning to return to normal. I sat down with a colleague from Moscow Protestant Chaplaincy (MPC) to catch up on their ministry with migrants and hear the news of the festivities. 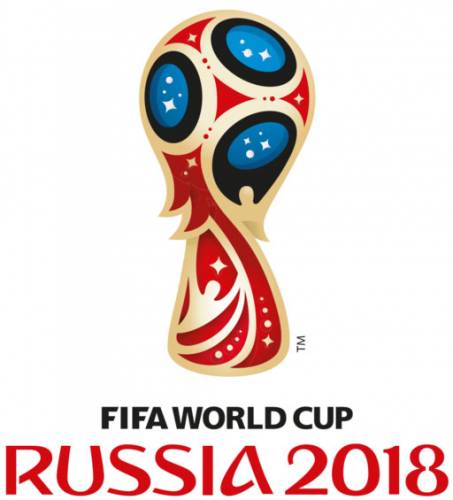 To make easy access for this international event, Russia implemented a Fan ID, an alternative to the visa process. The Fan ID provided for travel in Russia from 10 days before the event to 10 days after and was free with the purchase of tickets to World Cup matches. Fans were required to wear them throughout their visit, but there were many benefits, like discounts on public transportation and easy access to the games. Fan IDs were processed after the purchase of tickets and were linked to the tickets themselves. I was interested to hear that the cost of tickets themselves was based on each country’s GDP, making the games more accessible to people from poor countries. Two weeks ago, Mr. Putin modified the rules for the Fan ID. Instead of expiring on July 25, if people left the country by that date, they could come back with their Fan IDs until the end of the year, the equivalent of a multi-entry visa. Overall, I am told that it was all very orderly, the policemen were friendly, and there was a good vibe in the city. 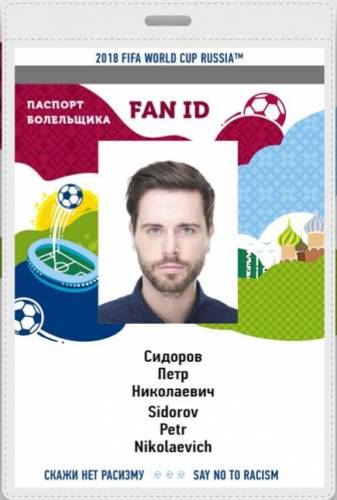 Sadly, there were unintended consequences to Russia’s hospitality. Some people were given or sold fake Fan IDs or Fan IDs that did not match their tickets. Perhaps it was a mistake on their own part in filling out the necessary application online, but given the million that managed this process, perhaps it was not so innocent. As a result, these unfortunate people were caught in the transit zone (remember the movie “The Terminal”), unable to enter Russia. The traffickers of the world used the opportunity of visa-free access to increase their profits as they enticed people to believe their promises of good jobs, easy access to Europe and a bright future once they return to their homeland if they but travel to Russia. The Moscow Protestant Chaplaincy saw 5–10 new clients a week in their outreach to migrants, people who came through the system with authentic tickets and Fan IDs but without the means to make that wonderful new life for themselves in Russia a reality, hoping to find help to move on to Europe or the United States, unlikely at best. It’s hard to know what they understood when they began their journeys. It’s hard to know whether they heard the news of the extension of the Fan ID and whether they understood that the extension was only valid if they exited on time. It is likely that many find themselves “illegal” today.

Another encounter has left me thinking about mortality and the faces of grief. I have walked with my Russian colleagues for many years, and I have seen their stoicism in many ways. They face the challenges of life with courage founded on faith. This trip brought me face to face with that courage in the midst of grief, as by chance I met a priest friend at the railway station both as I arrived and as I departed. They had friends coming to visit and accompany them in their grief. He and his wife lost their eldest son and future daughter-in-law at the beginning of July in a terrible car accident. His usual radiance was dimmed. On my departure, I actually had time to chat briefly as we waited for the arriving train. There is no room for tears. They accept that it is from God, and they trust God’s love and wisdom. They are comforted by the fact that their son was an active Christian. I was reminded of a prayer that my Orthodox friends have shared with me, the Prayer of the Optina Elders — a morning prayer for each day. It is not an ancient prayer, but a prayer of 19th-century monastics in a time of great change.

PRAYER OF THE OPTINA ELDERS
O Lord, give me strength to face with serenity everything that this day will bring. Grant me to entrust myself fully to Your holy will. Every hour of this day teach me and support me. Whatever news I may receive during the day, teach me to accept it with peace of mind and with firm conviction that everything is according to Your holy will.
In all my words and actions guide my thoughts and feelings. In all unexpected events, do not let me forget that everything is sent by You.
Teach me to deal sincerely and wisely with every member of my family, bringing confusion or sorrow to none.
O Lord, give me strength to bear the weariness of the coming day and all the events of this day. Guide my will and teach me to pray, to believe, to hope, to endure, to forgive and to love. Amen.

Michael Zdorow, pastor of MPC, will be joining us for the Russian Mission Network this fall. It will be held September 26-28 at Good Shepherd Presbyterian Church in St. George, UT. All are welcome. If you have not received a registration packet but would like to, please be in touch. In addition to hearing more about the ministry of MPC, we will have a Russian guest, and we will be discussing plans for something a little different next year. It is time to finally have the Russian Mission Network in Russia. I met with Russian colleagues on this recent trip to begin the discussion with them. It will be a chance to come together with many partners and hear about the breadth of ministry taking place and, I hope, deepen our experience of Russia. We will plan side trips after the gathering for those interested. Please join us for this discussion.

As always, we are deeply grateful for your prayers, for your encouragement, for your partnership in this ministry. We had extraordinary visits with many of you in these past few months and have been refreshed and encouraged by the hospitality and fellowship. We look forward to seeing others of you in September and October.