A Letter from Jonathan and Emily Seitz, serving in Taiwan

Now that we have lived and served in Taiwan for about ten years, I’m often struck by how the church is changing year by year. One of the biggest shifts is watching an older generation that has lived through warfare and social tragedy pass away. In this letter, I wanted to share briefly about Taiwanese and US Presbyterians who have shaped (perhaps unknowingly) our work in Taiwan.

Rev. Chunming (CM) Kao, probably the most famous Taiwanese Presbyterian, recently died at age 90. A while ago I taught a class on mission in East Asia, and students wrote reports about different figures. One of my students wrote on Dr. Kao, and also gifted me with a book on his work. I met Dr. Kao a few times over the years. He was a graduate of Tainan Seminary, studied abroad, and then was principal of Yushan Seminary. From 1970 until 1989, he was Secretary General of the Presbyterian Church; this is a period remembered as among the most trying and vibrant in its history. This coincided with Taiwan’s “White Terror” period, when free speech and public organization was tightly limited and dissent (including religious dissent) was heavily suppressed. The Presbyterian Church in Taiwan in this period was one of a few public advocates for human rights and Taiwanese identity. Kao was a political prisoner for more than four years, from April 24, 1980 until August 1984. His secretary (and a friend and mentor for us here), Joyce Shih, was also imprisoned in this period. Kao is likely the most prominent member of his generation, known and beloved by many. 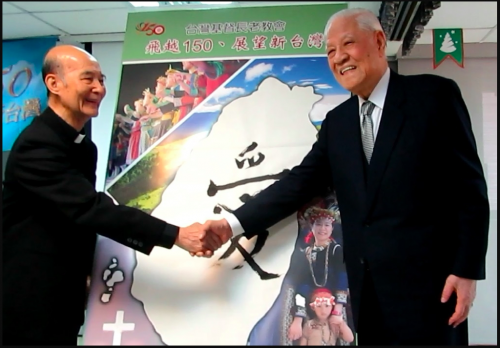 In prison, Kao wrote a poem 《莿帕互火燒》(“Watch the Bush of Thorns”) that is probably his most famous work. Here is an excerpt I was able to find in English translation:

I asked the Lord for a bunch of fresh flowers,
but instead he gave me an ugly cactus with many thorns.
I asked the Lord for some beautiful butterflies,
But instead he gave me many ugly and dreadful worms (caterpillars).
I was threatened, I was disappointed, I mourned.
But after many days, suddenly, I saw the cactus bloom with many beautiful flowers,
And those caterpillars became beautiful butterflies flying in the Spring Wind.
God’s way is the best way.

His poem has been put to music by I-to Loh, the famous Taiwanese composer, and is included in the Taiwanese Presbyterian 2009 hymnal.

The Taipei Times had an article about his life and another about his funeral. Partners around the world have eulogized Dr. Kao, including the World Council of Churches, the Christian Conference of Asia, the United Reformed Church and the the Presbyterian Church in Canada. Wikipedia also offers a good summary of his life. The Presbyterian Church in Taiwan now has a section on its website that includes memorials and testimonials from those who remember him. 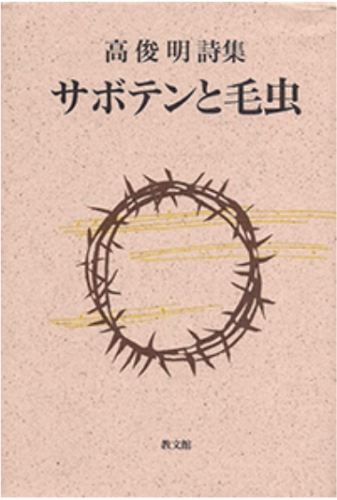 A Taiwanese friend told me about the death of another missionary, George Todd, who taught at Tainan Seminary (our sister seminary) in the south in the late 1950s and early 1960s. Presbyterian News Service offered an obituary. Tainan Seminary gave Todd an honorary degree last year; you can watch his speech on YouTube. Todd was part of a generation of leaders who sought to make the church kinder and more just.

I regularly read about the retired missionaries who have passed away — some did educational work, others medical, evangelistic, or teaching. Generally, Presbyterian mission in Taiwan has been a mix of campus ministry, theological education, and indigenous peoples work. I teach at a seminary, and Emily’s most recent ministry has been on a college campus. We’re grateful to continue this work.

On March 29 of this year, we celebrated the 70th anniversary of the ordination of women in ministry. Although few women were ordained in the first generation, now there are almost 500 ordained women pastors in the Presbyterian Church in Taiwan. When I first arrived in Taiwan, I was often greeted at church by a retired pastor, “Minnie Lee,” who was part of this generation and has since passed. She had lived abroad earlier in life and was of modest means, and I still remember her kindness and wit. Taiwan Seminary recently announced that one of my colleagues, Tzu-Lun Tsai, will be the first woman to serve as its principal.

Students who come to Taiwan Seminary today live in a world that is radically changed, I hope for the better. They have grown up in a time when they do not have to fear the imprisonment of loved ones. They come in equal numbers of women and men and have a passion for sharing their faith. I know their generation also has its own struggles, but it makes me grateful to see how their lives have been shaped for the good by their church.

We’re grateful for the prayer and support you give, which allow us to be part of this story. Please pray for the saints who rest from their labors and pray also that we will have energy and vitality to continue in ours.